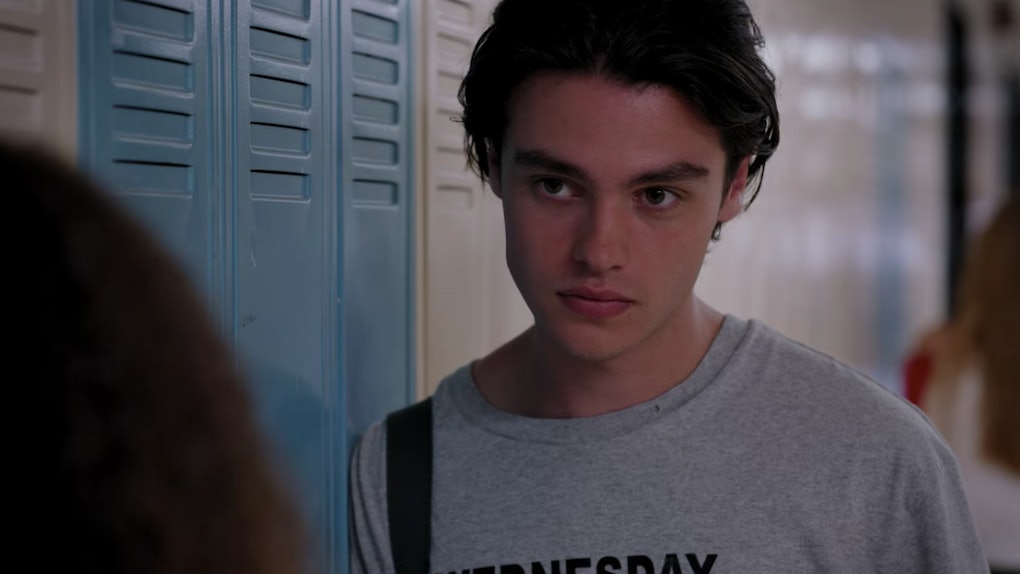 Are Ginny & Marcus Meant To Be? 'Ginny & Georgia's Felix Mallard Weighs In — EXCLUSIVE

Netflix's new dramedy Ginny & Georgia is the definition of unexpected. While viewers went into the show thinking it would be a modern version of Gilmore Girls, it's actually much deeper — and more twisted — than the classic sitcom. Despite all of the dark drama, though, there's still a good, old-fashioned love triangle at the center of the story. After getting over the Season 1 cliffhanger finale, you're probably wondering if Ginny and Marcus are meant to be. Well, Ginny & Georgia's Felix Mallard seems to think the yard-crossed lovers stand a chance.

Spoiler alert: This post contains light spoilers for Ginny & Georgia Season 1. The series follows 15-year-old Ginny (Antonia Gentry) after her mom, Georgia (Brianne Howey), relocated her and her younger brother, Austin (Diesel La Torraca) from Texas to a charming New England town called Wellsbury. It's in her new town that she becomes close with her next door neighbor Maxine (Sara Waisglass) and secretly ~close~ with Maxine's twin brother, Marcus (Mallard).

Although Ginny ended up in a relationship with the sweet, popular Hunter (Mason Temple), she couldn't pull herself away from Marcus. Of course, this led fans to ask the age-old love-triangle question: Team Hunter or Team Marcus? For Mallard, the answer is simple: "I'm Team Marcus all the way," he tells Elite Daily.

Ginny and Marcus' love story is the stuff of teen drama dreams. To almost everyone in the town, Marcus is just a troubled kid, à la Gilmore Girls' Jess Mariano. But right away, Ginny seemed to see through his facade. After she took his motorcycle out for a joy ride early in the first episode, the pair shared a kiss and then a few scenes later, they spontaneous slept together — a first for them both.

Despite a fast physical connection, it wasn't until the third episode viewers got to see a deeper bond form. After finding themselves alone in a locker room during the sophomore sleepover, Marcus began to open up. "All the walls he's been putting up until that point start to break down and their connection really starts to grow there," Mallard says. "I think part of why they connect so much is their shared grief and their shared feelings about being outsiders."

After losing his best friend to cancer the year before, Marcus had to do a lot of work emotionally. Mallard thinks this helped his character connect with Ginny at a time when they both really needed it. Throughout Season 1, Ginny was seen experiencing moments of self-harm, and when Marcus found out, he pushed for her to get help.

"Toward the end of the [season, Marcus is] more and more truthful about how he feels and is the only advocate for mental health and therapy," Mallard says. "[He's] the only one who is pretty honest about, 'Yeah, I'm depressed, I'm feeling a lot of stuff.'"

While his character has come far since the start of Season 1, Mallard thinks Ginny and Marcus still have a long way to go. "Being able to confide in each other is a really special part of their relationship, but with that comes the tumultuous vibes," Mallard says. "But I do think the more they work on each other and the more they work on themselves, there's an opportunity for them to have a stable relationship, too."

While only time will tell whether Marcus and Ginny are endgame, one thing's for sure: Marcus is seriously smitten. "The story in Ginny & Georgia is really more about [Marcus'] connection to Ginny than anything," Mallard says. "He can't sit still, can't stop moving, without Ginny."