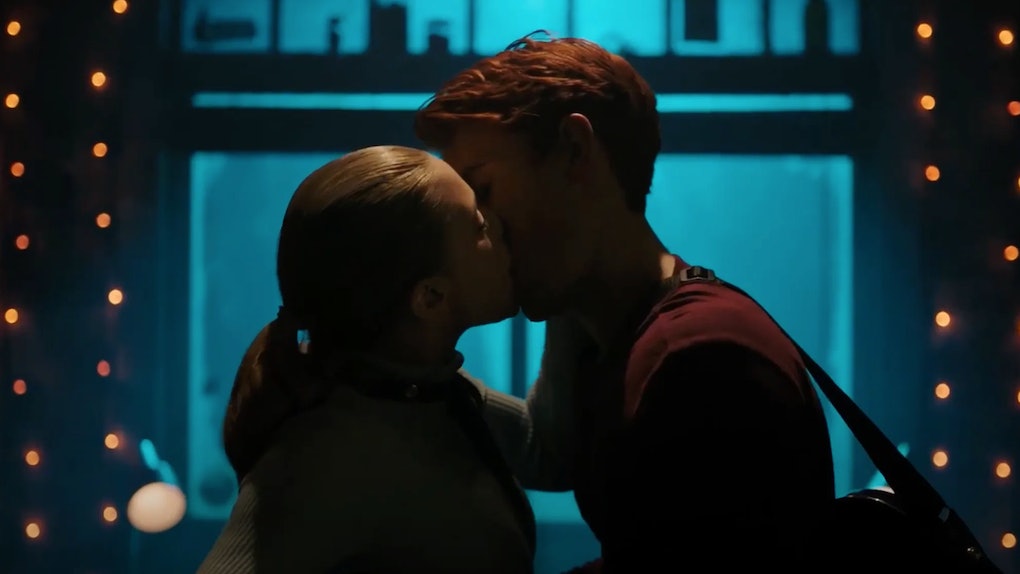 Are Betty & Archie Over For Good On 'Riverdale'? Varchie Shippers, Rejoice

Warning: Spoilers for Riverdale Season 5, Episode 8, "Lock and Key" follow. It's been an emotional rollercoaster for Barchie fans, and after a few passionate Season 5 hookups, things are cooling off for the almost-couple. Despite some very hot sex, an intertwined history, and viewers who have been begging for them to be together since Day 1, it looks like Betty and Archie are over for good on Riverdale. Here's how the breakup went down, and what this all means for Varchie stans:

From the very start of the series, an Archie-Betty pairing was pretty much assumed. Barchie is the true endgame couple in the Archie comics, which Riverdale is based on, so fans were low-key shocked when instead of getting together, the fated couple dated other people over the seasons. Once viewers saw the endgame potential with Bughead (Betty and Jughead) and Varchie (Archie and Veronica), however, it was clear a Barchie match might not have been in the cards.

But then Season 5's seven-year time jump happened, and after five long seasons the besties finally stripped down and did the deed — first in the shower, then in the back of a car, and then a few more times for good measure (and at least once involving Archie wearing a firefighter getup).

While their hookups made for some of the hottest sex scenes of 2021, it looks like this is the end of Barchie. During the March 17 episode, the pair puts an end to their "benefits" for the sake of their friendship. After Cheryl's disastrous key party (in which no one actually hooked up and everyone seemed to fight), Archie and Betty ended up having "the talk" back at her house. Archie admitted he still had feelings for Veronica, and Betty admitted she didn't want her "darkness" to overtake him.

Considering how her sister, Polly, is still missing, Betty told Archie she needed him as a friend more than as a lover or an escape. Archie agreed, and they had one of the sweetest uncouplings ever. And that was that! Barchie seems to be over, at least romantically.

Meanwhile, Varchie is coming back strong. After Cheryl's party, Veronica told her husband, Chadwick, they needed to talk, and in the following scene she informed Archie she's getting a divorce. In a total Archie move, he told Veronica about hooking up with Betty. Veronica said she had wondered if anything happened between them, but that it was in the past. Naturally, Archie and Veronica started making out and yes, the spark will still there, seven year later. This means everyone but Jughead knows about Barchie's past, and I have a feeling he might not handle it as well...