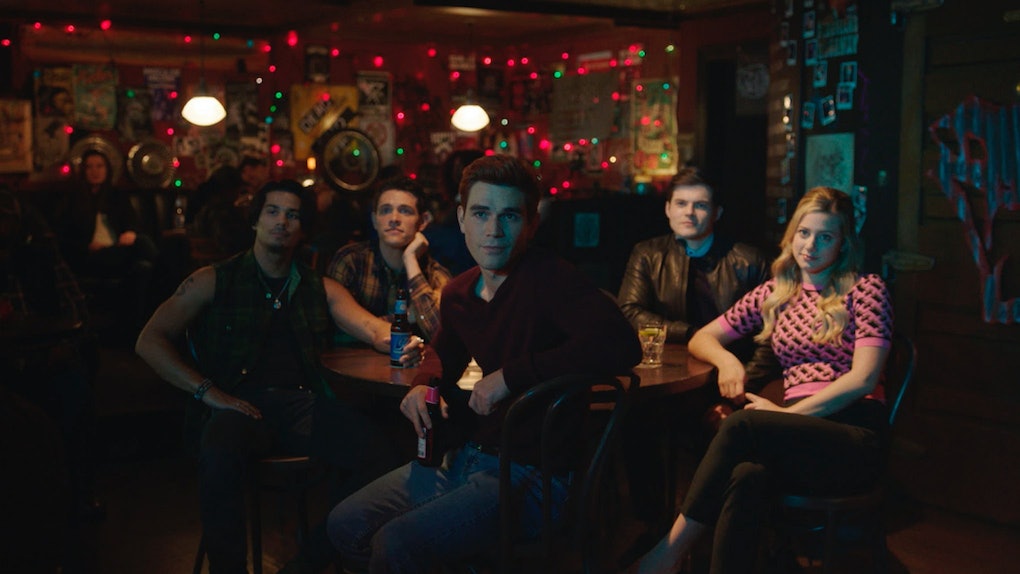 'Riverdale's Season 5, Episode 8 Promo Teases 1 Of The Sexiest Scenes Yet

While the Archie Comics are squeaky-clean, Riverdale has aired plenty of steamy scenes that left fans buzzing. But it seems like the hottest moments may be yet to come. If the Riverdale Season 5, Episode 8 promo is any indication, viewers may be in store for a full-blown sex party very soon.

Warning: Spoilers for Riverdale Season 5, Episode 7 follow. If anyone deserves to let loose, it's the Riverdale gang. Since moving back to their hometown, the now-adult characters have dealt with a mysterious killer truck, countless conflicts with Hiram Lodge, and possibly even a UFO encounter. Betty and Archie started hooking up, which seemed to relieve at least some tension, but they can't manage to find much time alone together.

As the preview for Riverdale Season 5, Episode 8 (titled "Lock and Key") teases, all that pent-up energy is about to come to the surface in an, um, unexpected way. Having just re-entered society after retreating into Thistlehouse and engaging in some light art crime for seven years, Cheryl is celebrating her return to Riverdale's social scene by throwing a very special party. The promo shows her collecting partygoers' keys, as is custom at "key parties," where attendees randomly select a key from a bowl and get steamy with its owner.

Clearly, Cheryl is setting out to shake things up with her antics, but the consequences of her latest wild party could impact everyone for weeks to come.

But this is Riverdale, after all, so of course a sex party isn't the only wild thing going down next episode. Here's what else to expect, per the official synopsis:

A big announcement forces everyone to take stock of their current lives. Cheryl sets a risky plan in motion after learning some surprising news about Toni. Jughead tries to make sense of a strange encounter he had. Kevin and Fangs make a big decision about their future together.

This season may be packed with everything from The Mothman to the Trash Bag Killer, but if fans know one thing, it's that Riverdale will always make time to serve up sexy drama.