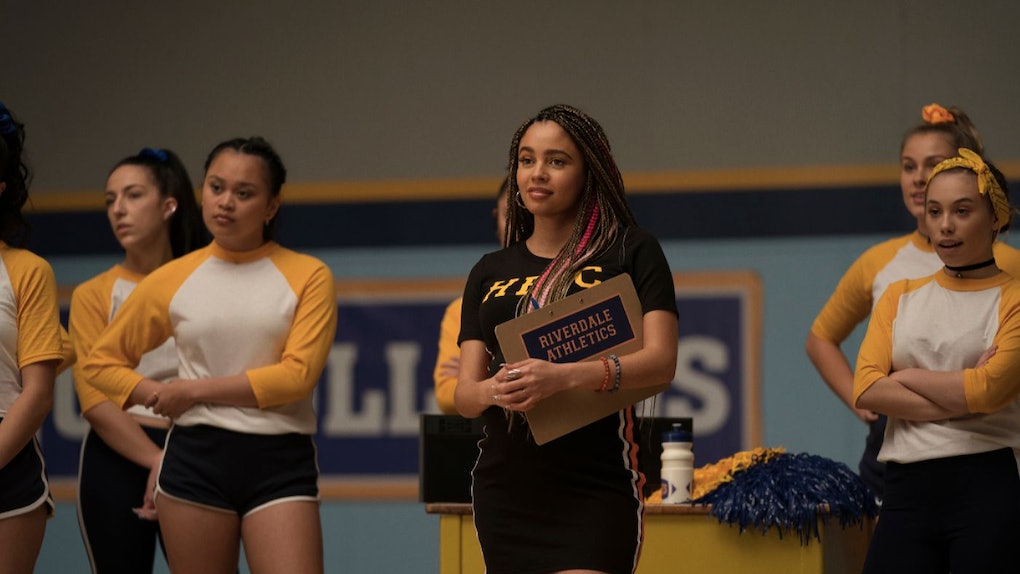 It's hard to tell who will be endgame on Riverdale these days. When the show jumped seven years into the future, pretty much every fan-favorite couple had broken up besides Kevin and Fangs. But watching Cheryl and Toni part ways was particularly painful for fans, since they'd become such a power couple over the years. But you won't have to wait long to see the former lovebirds interact again, because the Riverdale Season 5, Episode 7 promo promises an epic Choni moment is coming.

Warning: Spoilers for Riverdale Season 5, Episode 6 follow. Cheryl and Toni broke plenty of shippers' hearts when they broke up after high school graduation and grew apart over their unseen college years, as Toni led the fight to save Riverdale and Cheryl retreated into her family home of Thornhill. But there are clearly still sparks between the two, even as a reclusive Cheryl resented her old friends using her for money to revive Riverdale High.

As the promo for Episode 7 teases, though, Cheryl is about to reclaim her queen bee status, leading to some major tension between her and Toni. The pair are shown at a Riverdale Vixens practice, where Toni is now the head coach. But it seems like Cheryl could soon take that title. "I challenge you to a dance-off," she tells her ex, before showing off her moves on the gym floor.

Believe it or not, Choni's face-off might be the chillest part of this preview. Elsewhere, Betty gets an autopsy on the body she found at the end of Episode 6 and admits: "Something bad is happening." (No duh.) Jughead and Tabitha are still hard at work uncovering the truth about Riverdale's cryptics, and he even asks someone about an alien autopsy. Meanwhile, Veronica shows off something called a "Riverdollar" and tells Hiram, "This just became personal." And Archie is restoring his reputation as the local golden boy by recruiting people for a new volunteer fire department.

That's a lot of ground to cover, so here's everything that's happening Riverdale next episode, per the official synopsis:

Following in his Grandpa Artie’s footsteps, Archie begins to recruit Riverdale’s new volunteer fire department. Toni’s attempt to lure Cheryl out of Thornhill and back into daily life in Riverdale leads to more tension between the two. Elsewhere, Betty, Alice, and Kevin’s latest investigation leads them into conflict with Hiram. Finally, as Veronica comes up with a risky plan to support Riverdale’s local businesses, Jughead and Tabitha begin to unravel an old mystery surrounding some strange sightings in the town.

Fans will have to wait a little longer than usual for the next installment, since there's no new episode on March 3. But if that jam-packed promo is any indication, all the drama in Episode 7 will be worth the wait.