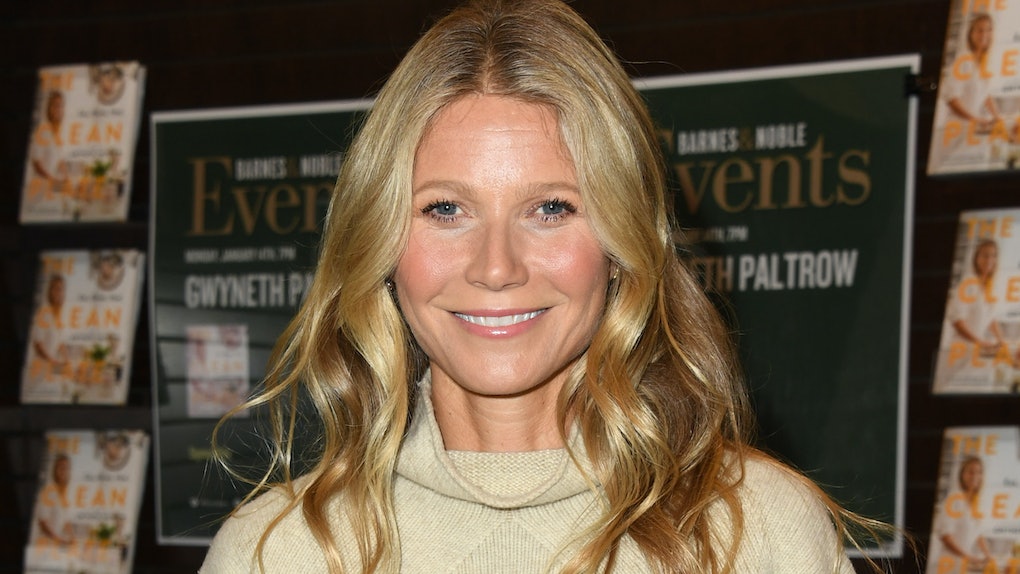 I can't imagine that it's easy being the child of a celebrity, and that has to be doubly true if you are the child of two celebs, like Apple Martin. Yes, Apple was centered right in the public eye from the moment she was conceived, as the kid of GOOP queen Gwyneth Paltrow and Coldplay frontman Chris Martin. But while she might be celeb royalty, Apple Martin's comment on Gwyneth Paltrow's selfie of the two of them skiing is such a relatable mom-daughter exchange that you just have to laugh. She was beyond not pleased that her mom put up a pic of the two of them without her consent, which is apparently something "they've discussed." LOL.

But, let's be real, it's a SMH moment you've probably dealt with before yourself. Remember when you dragged your mom for sending out a terrible beach vacation photo of you with your eyes closed in the family holiday newsletter? Or was that just me? Because poor Apple has to deal with her mug going out to a cool 5.3 million of her mom's Instagram followers. I would want consent on that too, y'know?

Paltrow tried to sneak one past Apple to post this selfie of the two of them on a chairlift in a wintry paradise, but, come on now, mama Goop, you ain't getting an Instagram selfie past your millennial daughter. Those polarized ski goggles can see right through you.

While Gwyn tried to play it all cool by casually commenting with a couple of cute emojis (apple, skier, and heart), Apple was on her tail fast and wrote "mom, we have discussed this. You can not post anything without my consent." Atta girl, Apple! Take no prisoners!

Paltrow immediately @'s her daughter back and writes that "you can't even see your face!"

While other celeb moms were totally into it, Jennifer Garner commented that she thought it was "sweet," for example, as did model Elle Macpherson. We've got to stand by our girl Apple and refuse to accept selfies without permission.

After all, y'all, the last selfie that Apple signed off on was all the way back in September for National Daughter's Day, which no one even knew was a holiday!

Happy #nationaldaughtersday Apple Martin, it’s like i conjured you from a dream, you make my life.

Now, admittedly, what Gwyn says is sweet, because she's obviously super stoked about her daughter in general, and her pleas to post selfies of the two of them are probably shut down daily. It's understandable that she just wants to share some of their good times like all the other Insta moms out there.

But alas, not all the other mom's are being watched by millions. And Apple obviously digs her privacy, because her Instagram account is private, and she keeps her followers at a real minimum. Respect.

As for now, the pic of the two of them on their wintry ski vacation is still up on Instagram, but my guess is that it's going to be a minute before we see another selfie of this particular mom-daughter duo.