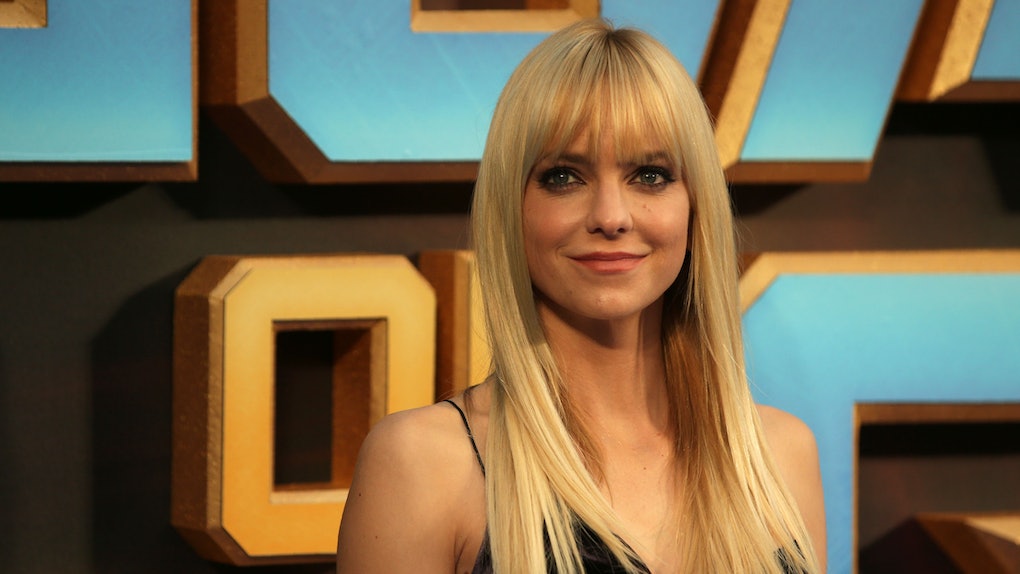 When Anna Faris and Chris Pratt publicly announced their divorce on Aug. 6, it shocked and devastated fans. From the outside, the seemingly perfect pair's split came out of the blue. Since then, Anna Faris has released a book, Unqualified, which exposes a lot about the couple. Although the book was written before they announced their split — Pratt even wrote the foreword — Faris gets very in-depth about the good and bad moments of marriage. A hot button issue in any relationship can be jealousy (yes, even for celebs). Anna Faris' response to Chris Pratt's friendship with Jennifer Lawrence was actually based in insecurity, according to the actress.

Faris has been in the spotlight for quite some time, securing herself as a household name in the early 2000s with her role in Scary Movie. After Faris and Pratt eloped in 2009, Pratt's career really started taking off, but their relationship still stayed pretty low-key.

Even though Chris was becoming hugely famous and I’d been sort of famous for a while. The two of us led such boring lives that the tabloids left us alone.

However, when Pratt signed on to do the movie Passengers in 2016, Faris' publicist warned her that the tabloids would try to capitalize on Pratt and co-star Jennifer Lawrence's relationship. Faris continued,

Since the tabloids are the tabloids, Pratt and Lawrence had tons of crazy romance rumors surrounding them, which Faris calls "totally hurtful." Although Faris did her best to ignore, she admits, "I couldn't block them out."

I could just picture Jennifer Lawrence making an awkward joke to try and smooth over the situation. Faris said she felt "insecure," but Lawrence did go out of her way to establish a relationship with Faris in order to make her feel more at ease.

Jennifer and I really are friendly, and she was apologetic even though she didn’t need to be because she hadn’t done anything wrong.

No relationship is perfect, and jealousy can be a two-way street. Even Chris Pratt gets jealous sometimes. When Faris was working on What's Your Number? with Chris Evans, Pratt had a hard time at first with another Chris in the picture. Pratt did actually have a small role in the movie, so he was on set a lot and would try to slyly bring up Faris' romance scenes. She admitted,

[Pratt] was never overt about it but he would bring up my kissing scenes with Chris Evans casually. 'So, when do you have to do that love scene with Evans?' he’d ask. It was thinly veiled, but very sweet. That passed within days, though.

It passed quickly because Chris and Chris developed a very strong bromance. After one night out together, Pratt and Evans became instant friends.

They couldn't get enough of each other. They were so enamored of each other that I still ended up being the jealous one clamoring for attention. 'Hey guys! Look at me!'

I love Faris' hilarious take on different moments in her life and marriage. Although she and Pratt have decided to go their separate ways, Faris is still one of Pratt's biggest fans. She even explains in Unqualified what a romantic he is.

I wouldn't be honoring my relationship with Chris if I didn't acknowledge that he was great at grand gestures but also stellar at the tiny ones.

Sigh. Sometimes things just don't work out. It seems that Faris is learning to stand on her own two feet, and her relationship with Pratt is still great. Wishing nothing but happiness for the two of them.