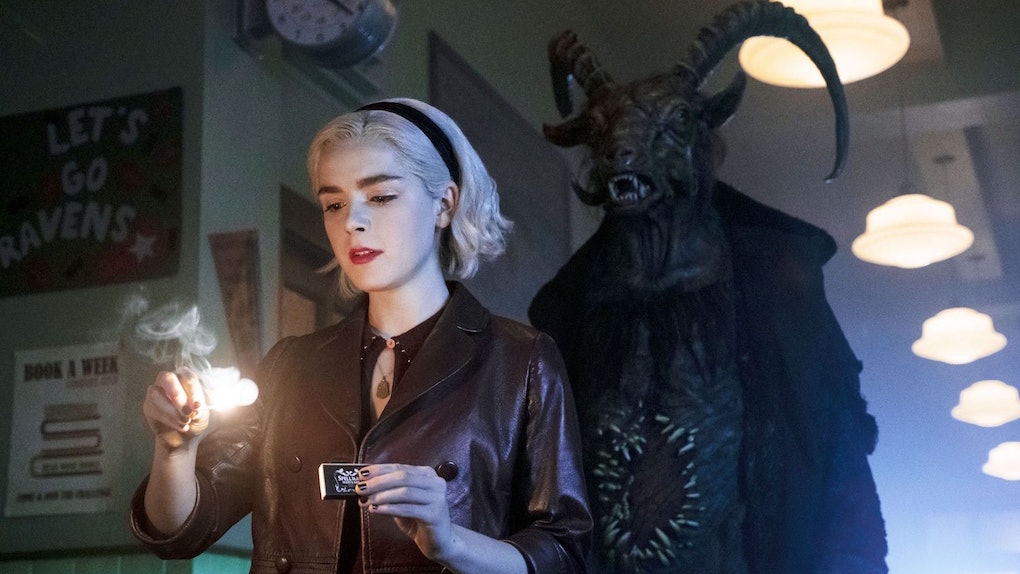 After Netflix broke the news that Chilling Adventures of Sabrina would be coming to an end, fans are uniting to try to raise the canceled series from the dead. On Wednesday, July 8, the network revealed its spooky Riverdale sister series would not continue after its upcoming Part 4, but the fandom is hoping to change Netflix's mind. A petition for Chilling Adventures of Sabrina to get a Part 5 has already received tens of thousands of signatures.

Fans were shocked when Netflix announced Sabrina would be coming to an end after its final batch of episodes. The show will air eight new episodes later in 2020 as the second half of its second season, referred to as Part 4, which will conclude Sabrina's witchy adventure. In an attempt to save the beloved series, a fan named Dominic Barrett launched a petition on Change.org shortly after the cancellation news broke, and it has been picking up steam in a big way as more and more upset fans have found it. The petition calls for Netflix to reverse its decision and renew Sabrina for Part 5. As of Monday, July 13 morning, the petition has already been signed by over 88,000 people.

The cancellation news hit the Riverdale fandom especially hard since it came just days after The CW announced fellow Riverdale spinoff Katy Keene would not come back for a second season. For a while, it was looking like the Riverdale universe would only keep growing, but with both of its spinoffs now canceled, the teen drama is once again the only Archie-verse series on the air.

To further rub salt in the wound for fans, showrunner Roberto Aguirre-Sacasa revealed Chilling Adventures of Sabrina Part 5 would have included the Riverdale crossover fans had been waiting for all series long. While Katy Keene was full of Riverdale crossovers, Sabrina only subtly hinted at the murder-filled town next to Greendale in its first three parts. There have been minor cameos and even a trip to Riverdale, but the series never pulled the trigger on a full-out crossover. Aguirre-Sacasa said Part 5 would have included an arc called "Witch War," teasing a story that pit the Sabrina characters against Riverdale's Core Four.

Only time will tell if this new petition will be able to collect enough signatures to persuade Netflix to change its mind about canceling Chilling Adventures of Sabrina. While fans continue to campaign, they can at least look forward to the show's Part 4 coming to Netflix later in 2020.