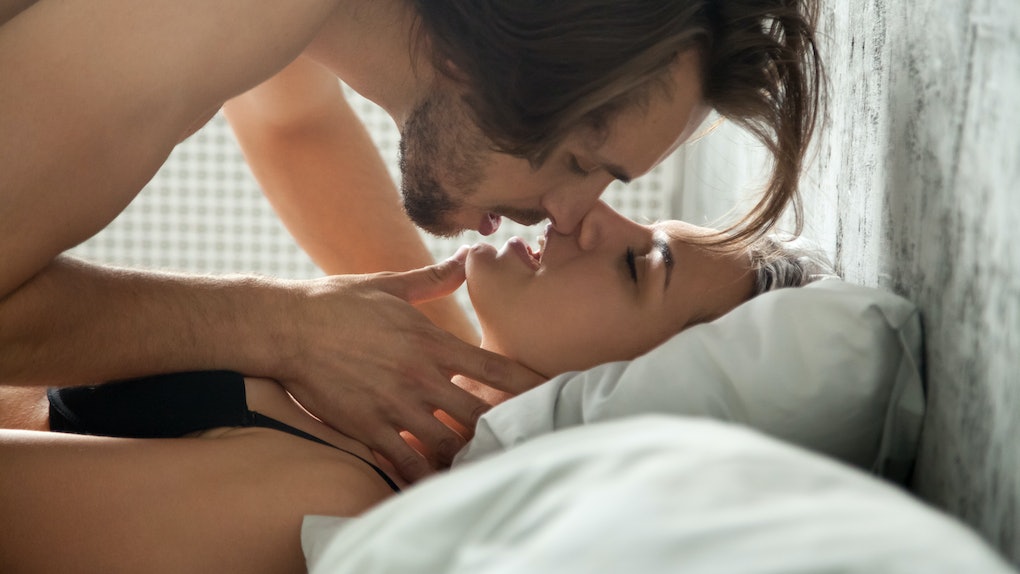 If I took a random survey and asked, "Is sleeping with your BFF's partner is a good idea?," I think I know how most people would respond. But it has been done, and I can understand why. Perhaps the three of you spend a lot of time together. Would it be such a big surprise if something happened between you and that SO? It seems obvious how most cheating stories involving best friends and significant others would end (i.e. badly), but a recent Reddit thread has me thinking this may not always be the case.

Reddit user Sisneban started a thread asking those who have slept with their best friend's partner to share their story, including what happened in the incident's aftermath. "Redditors who slept with the partner of your best friend, what happened?" they asked, and within hours, the thread had hundreds of responses. While some were quick to discourage and denounce even the idea of this scenario, others were bold enough to share their own stories, and some of them seriously challenged my expectations. If you're curious what exactly can happen when a person's SO and BFF get together, then you'll want to check out these stories.

We all used to be roommates, they were engaged, I lived in the basement. We were like three peas in a pod. I eventually bought my own place. Then one day the engagement ended, he kicked her out, she need a place to stay. So, I slept on the couch, she slept in my bed. Worked like that for a while, I was the go-between for them. Then she and I got drunk and had f*cking mind-blowing sex. Now I’m out two friends. He stopped talking to me, she and I dated for a while, then she cheated. So, it probably wasn’t worth it.

This Unfair Change Of Heart

She was my girlfriend in high school, the three of us used to hang out all the time. They began dating while I was away at college, we'd hang out during the summers when I came back. My best friend got colder and more distant as time passed. When she got pregnant, he flat out told me he did not want me around them anymore because he couldn't handle the thought that I had banged the mother of his child.

That was almost 10 years ago. I still miss him but I respect his feelings and hope we can hang out again someday.

Let me preface by saying that I was a terrible friend to this guy when I was younger. Not intentionally of course, but I was a self absorbed teenager. I went to high school with his ex, even helped them get together. They broke up, but decided to remain friends.

Fast forward a few months after and she calls me up to ask for a ride to one of her other friend's houses. When I got there she was upset, so I listened to her story. Her dad was a jack*ss, and they had been fighting.

Well, by the end of the night we had actually ended up screwing in the passenger seat of my pickup. I told my friend about it the next day and he was furious. He stopped talking to me for a long time. It was actually a big wake up call that I needed to stop being a bastard and start considering how my actions affected the people that I cared about.

He and I are still friends. We're practically family at this point, and my kids know him as their uncle. We've gotten passed it to where we can joke about it now but back then I came really close to losing a great friend.

This Series Of Unfortunate Events

I caught my best friend at the time cheating on his GF with a girl I was trying to talk to so I told her. Later that week the GF came over to my house and we got to talking. We both acknowledged that we were attracted to each other. A few days later we had sex. I moved out of state and the 'best friend' found out about the sex and told a mutual friend, who called me to chew me out. The 'best friend' failed to explain to our mutual friend that he’d been cheating on the GF. I don’t feel bad about it, he’s a piece of sh*t that is still cheating to this day with his new girl.

During my last semester of undergrad, my ex-best friend slept with my ex-fiancée. I found out about it two months after she had dumped me when my ex-best friend got drunk and confessed to it. He claimed it was after she had dumped me, she insisted it was before. I cussed both of them out, cried, and then tried to salvage a friendship with the best friend, which lasted another few months or so until he decided to say he still had feelings for my ex. I told him I was done with him.

That was 10 years ago. Thankfully I've been married five years now, but I haven't really had a best friend since that incident (aside from my wife).

My best friend/roommate dated this hot blond for about six months casually. Few months after they ended things I ran into her at the bar. We had way too many drinks and I went back to her place with the intention of sleeping on the couch. After about 10 mins on the couch, she came out of her room naked and asked me to come to the bedroom. She was smoking hot and I was drunk, so I went in and had amazing sex. When I woke up in the morning, I felt super guilty for doing it. I then went home and told my friend what happened. He was pretty cool about everything and were still best friends today. The girl he dated and I slept with ended up working at the same company as us a few years later. It was sometimes awkward when the three of us had to work on stuff together. Even more awkward when she started dating another coworker because the three of us were Eskimo brothers.

My ex-wife had an affair with my best friend. (They didn’t work out, because, well, usually those things don’t.) Both have apologized, and I’m cool with both of them now. My friend and I live in different states but talk fairly regularly and game online together sometimes. As for my ex, we’re cool, but we don’t see or talk to each other much. Our paths do occasionally cross because we still have mutual friends and we live in the same city.

It’s all good now but it was a disaster at the time. Took me years to get my head straight.

He was fine with it to begin with. Downright encouraged us to hook up. They broke up shortly after. She and I are getting married next month. He's my best man.

Back when I was 19 I used to be best friends with this guy who was a solid four or five years older than I was. He had been dating this girl for a couple year before I’d met him but we all hung out pretty regularly (a few times a week). Eventually she got pregnant by accident, and in an effort to sabotage the relationship (that’s my opinion anyway) he started cheating on her. I found out about the infidelity and confronted him demanding he tell his girlfriend about it because she didn’t deserve that.

Long story short, he was kicked out and they had a nasty breakup, but since I’d been friends with both of them and I was disgusted that he would do something like that, I started spending lots of time with her. While it started out completely platonic, it quickly evolved into a romantic relationship and we both knew that we loved each other. We were married the following February and my eldest son was born that June. Been married about 5 1/2 years now and it was easily the best decision I’ve ever made. I love my wife and family and couldn’t imagine anything else.

Now I'm not advising that you and go ahead and sleep with your BFF's bae. But while doing so can end in tears and heartbreak, relationships are complicated. Whether they're permitted, justified, or destined, sometimes a person who sleeps with a friend's SO gets a happy ending. Who would have thought?