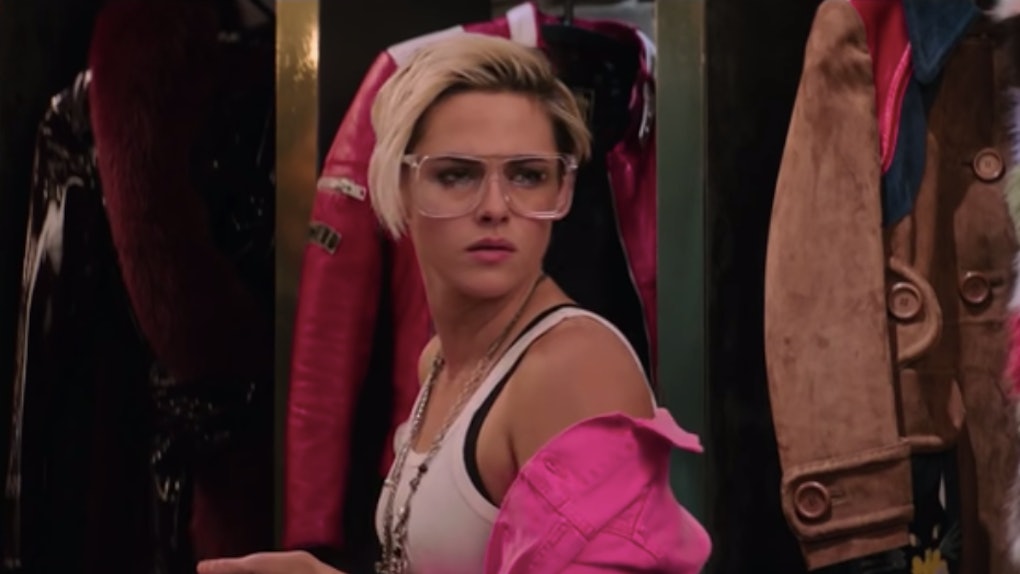 The newest Charlie's Angels movie seriously has everything: kick-ass female leads, jaw-dropping plot twists, a killer soundtrack, and fab AF wigs. Among all that, another element that the film certainly didn't skimp out on is star power. Seriously, there were so many celebrity cameos in the Charlie’s Angels reboot, particularly in the end credit scenes, you may have missed them.

The Charlie's Angels franchise is no stranger to famous faces. The Charlie's Angels movie that came out in the year 2000 was helmed by some of the biggest names in Hollywood — Drew Barrymore, Lucy Liu, and Cameron Diaz — and that film's sequel also featured an appearance from one of the starts of the original Charlie's Angels TV show, Jaclyn Smith.

Warning: Spoilers for Charlie's Angels (2019) follow. The 2019 film somehow went even bigger with the celebs. The main cast was already super-stacked: Kristen Stewart, Ella Balinska, and Naomi Scott played the three main Angels, while Elizabeth Banks (who also wrote, directed, and produced the film) played one of the main Bosleys (yes, there are multiple Bosleys). Also included in the cast was Sir Patrick Stewart (as the original Bosley) and Noah Centineo. But once the movie's credits started rolling and Elena's (Scott) Angel training began, audiences got to see even more familiar faces.

Here's the full list of celebrity cameos from that epic end credit sequence:

One of the very first of Charlie's Angles made yet another movie cameo appearance, this time kicking off Elena's rigorous Angel training.

The legendary racing driver sped into the movie for a hot second to teach Elena the art of going fast.

Rousey definitely knows how to kick some butt in real life, and in the movie, she shared her fighting knowledge with Elena to prepare her for battle.

Unlike Patrick and Rousey, Cox is not exactly known for the skill she shared with the Angel recruits in the film, but I honestly wouldn't be shocked if the actor really did know how to diffuse a bomb like she did in her clip.

That's right folks — Betty's going to be an Angel! Reinhart was one of five starlets to make a cameo as an recruit going through Angel training alongside Elena.

Steinfeld also showed up in the scene, though whether she actually had to jump out of an airplane like her Angel-recruit character did is still unknown.

Angel training was probably a piece of cake for Kim, who holds an Olympic gold medal for snowboarding.

Similarly, Olympic gymnast Raisman would actually be a perfect Angel recruit in real-life, so it makes sense she was tapped to portray one in the film.

And last but not least, beauty mogul Kattan rounded out the group of Angel recruits who went through training with Elena. Who knows, if there's another Charlie's Angels sequel to come, maybe she and the other new Angels will join in on the action.