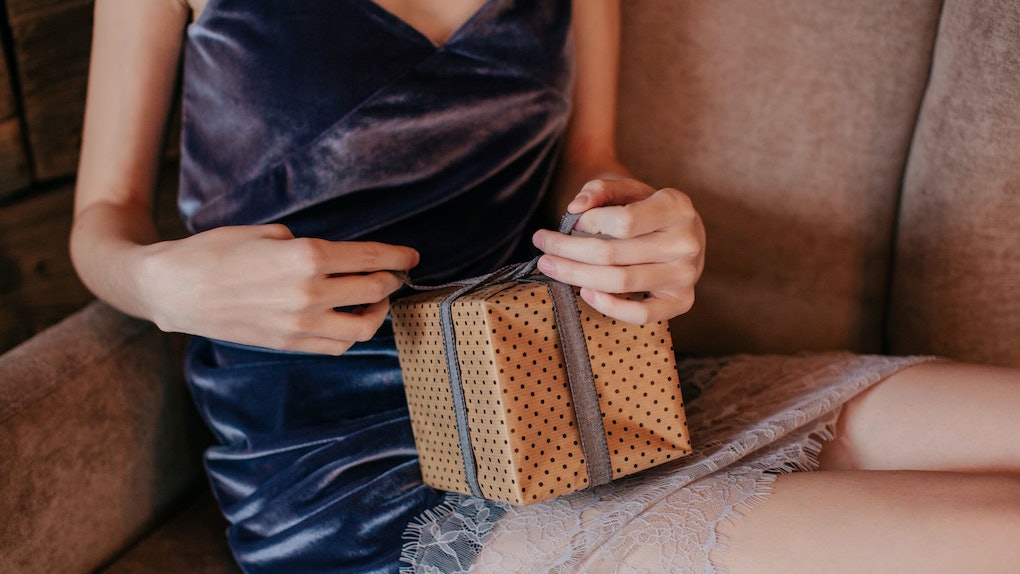 8 Women Share The Most Special Holiday Gift They Got From A Partner, & It’s So Sweet

With the holidays just around the corner, finding the perfect gift for your amazing partner may seem like a near impossible feat. What do you give someone who deserves the world and makes you as happy as they do? As you begin to brainstorm what gifts your partner would absolutely adore, you may find yourself flustered at the fact that you can't find the "perfect" gift. If you need a little inspiration, these eight women on Reddit shared the most special holiday gift they got from a partner, and it's so freaking cute. It might just make you cry, and give you an idea of how even the smallest gifts can mean the most to someone.

It can be easy to think that the most special gift you can give someone has to be pricey, but that's not always the case. The perfect gift for your partner doesn't have to have an incredibly large price tag. It could just be something of special sentimental value or something that proves to your bae that, yes, you actually do listen when they mention something they like or want in passing. The emotional aspect of the gift and just feeling heard by their partners were the two common threads in what these eight Redditors had to say about the most special gifts they've ever gotten from a partner.

It's All About Paying Attention To What They Say They Want

Observant gifts are the sh*t. I told my boyfriend one day that I had lost my book somewhere, and I was disappointed because I quite liked it.

Christmas comes around, and he bought me the hardback version. It really means something when you mention something like that offhand, and your boyfriend remembers it.

I had mentioned in passing while we were at a store that I wished I had a dress with long sleeves to wear in colder weather. That Christmas I was surprised when he got me a dress (I had never had a boy buy me clothing before). He told me he remembered my comment and took one of his female friends that was around my size to try on dresses and help him pick one out. For that same holiday he also got me a makeup bag with a picture of our dog printed on it and inside the makeup bag was a spare key to his apartment.

I've always been a huge fan of Kurt Vonnegut. One summer my then boyfriend now husband and I were in a book store and I saw a signed KV book behind a glass case that was like $500.00, and I casually said "Someday when I'm rich, I'm going to buy that book." That Christmas, we were living together and when I opened my gift that morning I immediately started crying. It was that exact signed copy. It wasn't the book so much that made me cry, it was just the first moment I felt with confidence that someone really did love me.

For Christmas last year he took me on a surprise trip to Venice for a weekend and proposed on a gondola with a message in a bottle and in sign language.

This Is So Simple But So Sweet

My boyfriend and I were driving somewhere and we saw a shooting star one night. After we both made a wish, I remember mentioning that the first wish I ever made on a shooting star was for a purple fork (I was kind of a weird four-year-old).

Anyway, this was also my first Christmas in my new apartment, and I had the typical hodge-podge of spare silverware you get from relatives, so he bought me a brand new purple silverware set! He said that he wanted to make my very first wish come true.

Every gift I've gotten from him has been wonderful, but this one sticks out because it was both functional and incredibly sweet. God, I love that man.

She Got Her Name In A Book!

I'm a bit of a book nerd, and my favorite fantasy series author did a raffle for charity to get a tiny character (named once, or immediately killed, it was an epic fantasy with a zillion characters) and for Christmas he entered me in the raffle eight times, and i ended up getting into the book! Relationship ended, but that will last for forever.

He Tailored To Her Love Of Oysters

On our second date, we were in Las Vegas. We walked by one of those Pearl Factory kiosks, which I have always loved, so I stopped, picked out an oyster and opened it. He kind of scoffed and said it seemed like a rip off, I told him I didn't care what he thought about it. This was in January, Christmas of that same year while celebrating Christmas eve at my mom's house he gave me a big gift bag full of oysters. I was confused and thought they were for me to eat. My mom gasped because she knew my love of the touristy Pearl Factory. It was the most unexpected, thoughtful, unique and romantic gift anyone could have given me.

She Got Her Own Personal Jar Of Beautiful Notes

I used to battle with depression a lot. One Christmas I got a jar filled with little notes from my boyfriend at the time. All notes said things like 'You're beautiful', 'I'm so glad I met you', 'You're my everything' and things like that. It was one of the sweetest things I've ever gotten.

If these gifts didn't make you bawl, IDK how! The book! The fork! (Never thought I'd be so emotional over a purple fork but alas, here we are.) What it comes down to is that your partner is going to love whatever it is you give them because they love you. So, try not to stress over it too much, and enjoy the holiday season with your partner by your side. Remember: It's the thought that counts!