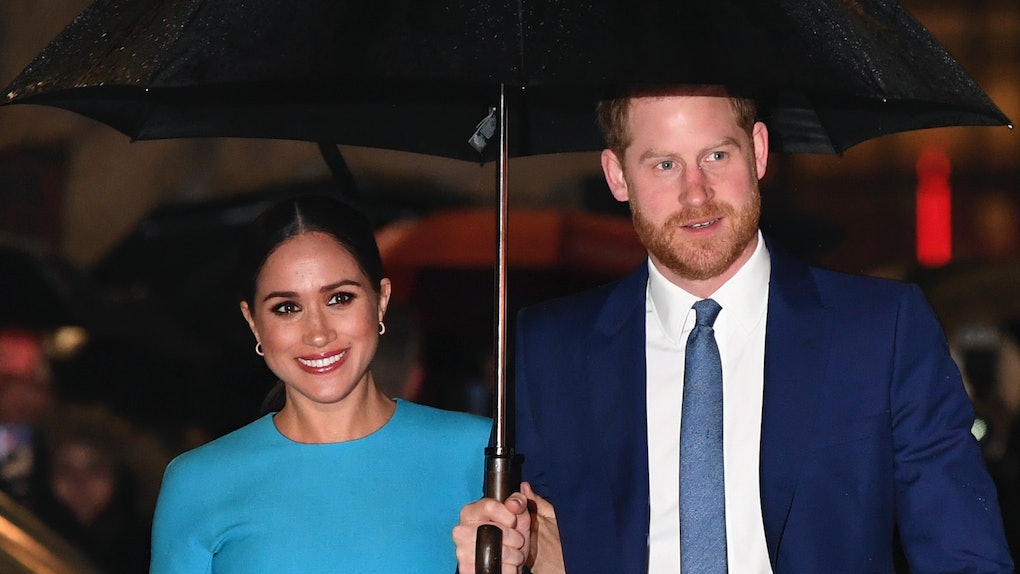 Interview specials aren't as common as they used to be, with podcasts and late night shows reigning in the world for celebrity press tours, but Oprah Winfrey is gearing up to give viewers a royal treat. There are several big questions everyone wants Meghan and Harry to answer during their Oprah interview on March 7, and an endless array of directions the conversation could go in. With the star interviewer promising an unfiltered conversation with the Duke and Duchess of Sussex, fans of the famous couple are preparing for just about anything.

The royal family has been have been a fixture in headlines for years, and seemingly more than usual since Meghan and Harry began dating in March 2018. The U.K. press targeted the duo, and often made disparaging comments about the Duchess for her race. From stepping down as senior members of the royal family and moving to the U.S. part-time to their February 2021 pregnancy announcement, Meghan and Harry are having another whirlwind year, but this time, it's on their terms. The duo recently won a lawsuit against The Mail On Sunday's parent company for invasion of privacy. Now, they're taking some time out from their activist work and raising Archie to answer all the questions the public wants answered, in their own words.

Fans of the family might not get every single answer they're looking for when the interview airs on March 7, but there are several topics teased in the trailer that will surely come up at some point (Oprah even said no topic is off limits!). From behind-the-scenes drama to family planning, these are just a few of the questions people want answered during the sit-down special with Meghan and Harry.

1. What is the sex of Meghan & Harry's second baby?

Meghan and Harry announced on Feb. 14 they were expecting their second child, adding a new playmate to the family for Archie some time later this year. There are a lot of theories online about what the sex of their newborn is (specifically to do with the color of the Duchess' ring) but the royals have chosen not to address the topic just yet.

2. Is there REALLY any royal family beef?

Every family has drama, but a royal family has got to have at least twice that, right? While it's clear Meghan and Harry's relationship with the Royals as an institution was not great, that doesn't necessarily mean every rumor about their personal relationships with the royals were bad. But rumors have swirled for years about the status of Harry's relationship with his brother, Prince William. There was reportedly a lot of tension between the two starting in 2018, when Meghan moved in. Though William and Harry denied the worst of the rumors in a statement, curious onlookers have remain puzzled. Some rumors have gotten attention about Meghan and Kate Middleton not getting along as well. So, what's the beef really about, if it even exists?

Queen Elizabeth definitely operates with an air of mystery and elegance; from her sharp sense of fashion to her well-memed stares, the beloved royal is an enigma. Many people just want to know what it's really like to have one of the world's biggest superpowers as your grandmother.

4. Is Meghan in touch with her father?

The couple won a privacy lawsuit against Daily Mail's parent company, Associated Newspapers Limited, on Feb. 11. Their win against the company for publishing excerpts of a private letter Meghan wrote to her father, Thomas Markle, was big. They first filed the suit all the way back in October 2019 for posts by The Mail on Sunday from February 2019. The long years of litigation finally ended, but what's still unclear is whether or not Meghan has kept in touch with her father after he put their rocky relationship on public display with his statements to the press.

5. What did Meghan think of her sister Samantha's book about her?

Meghan's half-sister wrote a pretty charged-up book, The Diary of Princess Pushy's Sister, that made several claims and accusations about Meghan's behavior towards her father. "[Thomas Markle] was paying for Meg to get a great education, and instead of showing gratitude, she was being belittling and controlling," Meghan's sister wrote in the book. (Meghan's team did not respond to Elite Daily's previous request for comment on Samantha's claims.) What does Meghan have to say in response to the book's stories and accusations?

6. How does Prince Harry REALLY feel about having his military titles taken away?

When the Duke and Duchess of Sussex finally split off from their senior duties in the royal family, as a result, Prince Harry lost his military titles (Captain General of the Royal Marines, Honorary Air Commandant of RAF Honington and Commodore-in-Chief, Small Ships and Diving, Royal Naval Command). After dedicating so much of his life to his life to the British Army, how does Prince Harry feel about the snub?

The duo famously paused their posting to Instagram after stepping down as senior members of the royal family, so we're all wondering: when are we getting a new joint IG account? We need pics of the pups!

More like this
Are Meghan & Harry Getting Paid For Their Netflix Show? Here's The Deal
By Sydney N. Sweeney
Cara Delevingne's Old Photo Of Her Grandmother With Prince Philip Proves It's A Small World
By Brandy Robidoux
Kanye West's Response To Kim Kardashian's Divorce Filing Requests Joint Custody
By Brandy Robidoux
Stay up to date