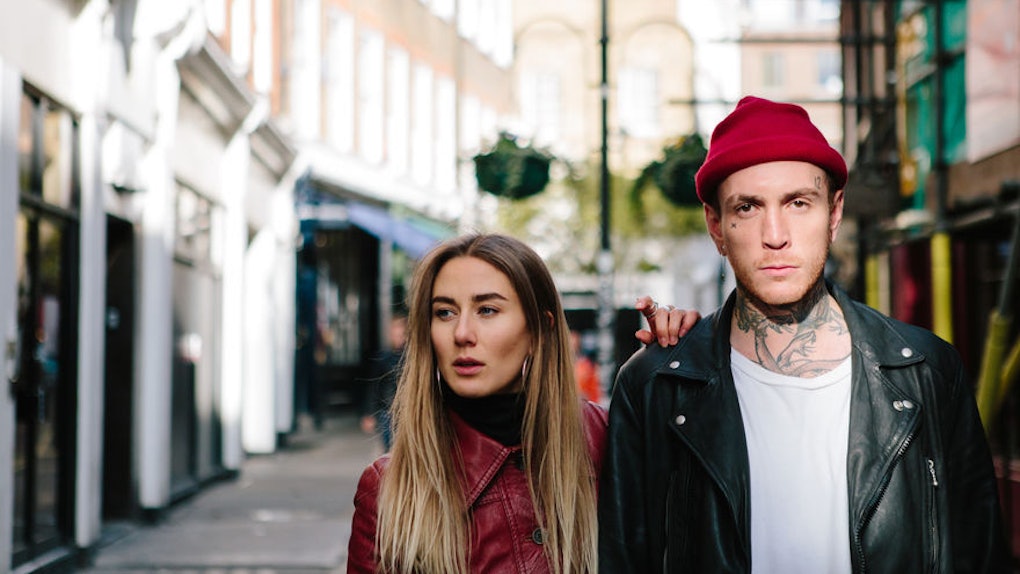 Finding out that your partner cheated is easily one of the most crushing feelings imaginable. And even if they try to convince you it was a one-off thing that will never happen again, deciding to give them a second chance can be beyond difficult. Trying to make it work after cheating isn't something that I think is completely impossible, but more often than not, I think the effort it would take to rebuild the trust might not be worth it. After all, there are so many potential matches out there, and while finding them might not be easy, there are certainly compatible people that won't put their fleeting sexual desires before you.

If you just found out that the person you love has betrayed you, then it might be a good idea to take some time away from them so you can process what happened with clarity. That being said, walking away from a relationship is much easier said than done, especially after devoting years of your life to someone. Some members of the reddit community who've dealt with infidelity chimed in on whether or not they could muster the strength to give a cheating partner another chance. Although the majority of them, couldn't get past it, rest assured that all hope isn't lost as long as you both are willing to put in the work to repair the trust and forgive.

Some people tried to make it work.

She cheated on me with one of my best friends. I actually figured it out rather quickly. I gave her a second chance, even paid for couples counseling and tried to open up the lines of communication. In the end, though, turns out that she never stopped seeing him, and I broke things off after she tried to convince me that it was a polyamorous relationship and I was being "polyphobic." She still sees nothing wrong with what she did and I haven't talked to her since. We were together for 2 years.

Divorced. Never should have tried to salvage it. Still bitter, hope something terrible happens to her like she steps on a Lego or something.

I forgave him after I found out about the first time he cheated on me. He was drunk at a New Years party, and he told me he kissed another girl. So I went, oh okay, its not a big deal. You just kissed a girl at midnight. Whatever. From then on I always had a suspension that he was cheating on me with other people, but just didn't have the proof. So I tried to convince myself, oh its just from that stupid incident that happened years ago. Then cut to 3 years later I find out about the 30 other women he cheated on me with(all different degrees).

I've always been the break it off as soon as that shit happens guy but I gave her another chance because of how genuinly heartbroken she seemed that she did it. She came to me and admitted it and completley broke down, I almost walked away right then but I didn't. She is a 100% different person now, and I trust her more than any other person in my life, literally never crosses my mind anymore but it did take a long time to earn back the trust. Been about 5 years since then and we couldn't be happier.

Some people decided to walk away.

I don't get how people can try again, but good for those who made it work. I couldn't even be friends with my ex that cheated on me. She asked me if we could, but I told her, "No, a friend is someone I know I can trust and I just can't trust you anymore."

No is the correct response to this question. Even if you want to forgive them, it's almost impossible to move on. It throws the power balance right off. Someone will always "owe" someone and it's not something you can ever make up to them. If you fight, it will always come up. And for day-to-day stuff, how can you ever trust them going out again? How can you give them freedom? You'll either smother them and kill the relationship slowly, or you'll hold in your own doubts and smother yourself.

It never works, never will work. Once you betray someone's trust in such a hurtful way you'll never go back. You can pretend like you trust them, but you never will actually trust them.

Choosing to stay with your partner after they cheated is such a personal decision. Despite what anyone else thinks about it, you and your partner are the only people who should be deciding if and how to work on the issues in your relationship. It's also a good idea to remember that forgiving someone for their actions and continuing to stay in the relationship aren't necessarily the same thing. You are totally allowed to let go of what they did and give yourself permission to say goodbye.