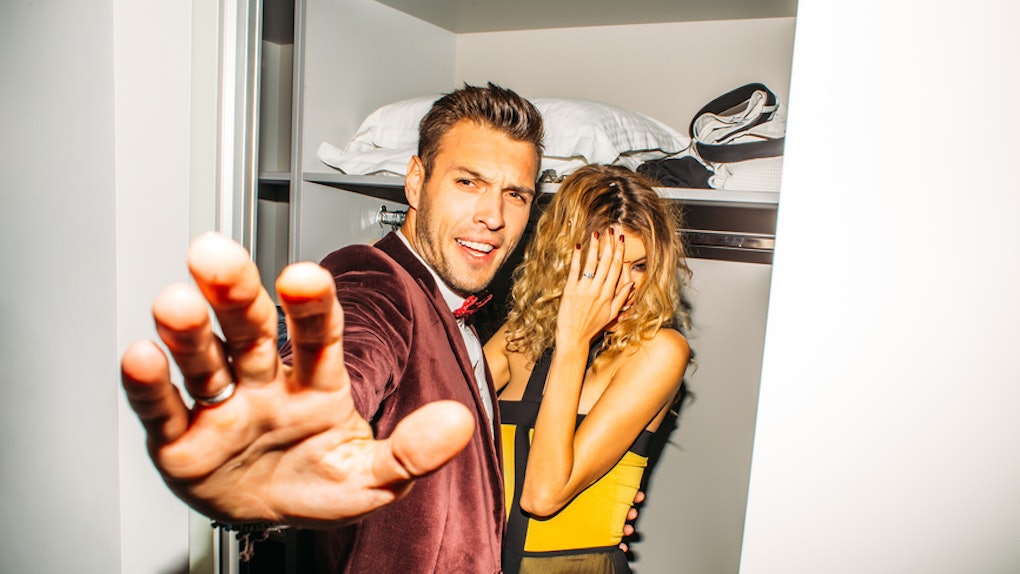 If you've ever had a partner who cheated on you, you know firsthand that there is no fun way of finding out you were cheated on. However, there is a silver lining to having a partner step out on you. First of all, they're out of your life forever, and you don't need someone who would do that to you! Even though it hurts your heart when it first happens, give it some time. Before you know it, it’s not so much painful as it is a just a part of life, and sometimes, it can make for a really interesting story — a pretty hilarious one, at that! (Especially if they got busted and served some justice).

There is a special kind of catharsis in hearing other people's cheating stories. You feel less alone and you can totally relate to their struggle, because, no matter how bad your cheating story is, there is always someone who has an even worse one. Besides, who doesn’t enjoy a good cringeworthy story? In a recent thread, Redditors were asked to share the story of how they found out they were being cheated on, and some of them will leave you shook. There are tales of cheaters who were just too lazy to cover their tracks, some who got snitched on (social media makes it really hard to to get away with anything these days), and others who were just such a hot mess that there was no way they would get away with it. (Just brace yourself for the last one). Read on!

A Whistleblower Blew Up Their Spot

I found out my ex-husband was cheating on me, when the woman's husband started calling our house.

Friend took a picture of her making out with a guy I already suspected was she was cheating on me with and sent it took me. Not a very good day... or week.. or months actually..

The woman he slept with added me on social media and told me what happened.

A friend sent me a screenshot from the other girl's facebook. Not a great day.

A girl sent me screenshots. Then i looked in his internet history and found it was more than one girl.

His SIL sent me his wedding photos from a couple days before.

First They Got Sloppy, Then They Got Caught

Dude left his hat in my house. Also, my three year old was a total snitch. Mommy had “a friend” over.

he brought the other girl to a party. he thought I would be staying home, but I decided to go at the last minute. not the best party I've ever been to

I logged on to Facebook only to see that she tagged him in a picture of them holding each other and kissing with the caption “glad to start the new year off with you ❤️” while I was sick at home on New Years with our cat :(

Boyfriend and I (in our 30s) were sitting on his bedroom floor, looking at books. I extended my left hand behind me, to push myself up against his bed, and an empty wrapper from a female contraceptive cream stuck to my palm. It wasn't my form of contraception.

My OBGYN called me and said I had chlamydia when I was in a 4 year long monogamous relationship.

Walked in on it

I was writing a show kinda based around events on my life. I described a scene about how the main character gets cheated on and finds out in a really weird way. I get these deadpan looks and that is when it was revealed to me that the exact situation actually happened to me. This was a good while after too. They didn't realize that I didn't know.

After I dumped my ex I figured out he f-ed my mom, my cousin and tried to do two of my aunts. Honestly thought I was on Jerry Springer. His sister told me about my mom and cousin. My aunts told me about him trying.

There isn’t enough cringe in the world for these, especially that last one. Yikes.