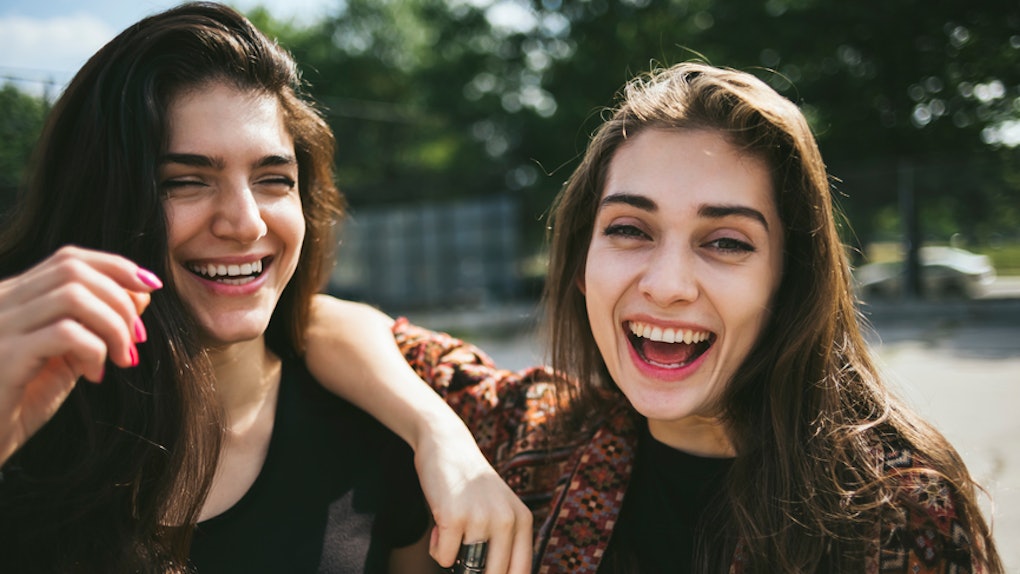 7 Annoying Things Relatives Do That'll Make You & Your Cousin LOL

You love your family with all your heart — you really do — but it's safe to say they can be unbelievably annoying at times. Luckily, you have your cousin as your savior. She can sympathize when those endless relationship questions start coming from your grandma, or your uncle starts telling his not-so-funny "jokes." When your relatives are being kind of, sort of annoying AF, instead of rolling your eyes, you give each other a knowing glance that really makes you want to LOL. Family reunions aren't a total drag anymore, because you have your cousin there to get you through the annoying things relatives do.

It's not that your family is always irritating. You really do love spending time with them. You just have come to expect the same quirks, the same stories being told, and they will always be confused by your generation. You've given up trying to explain to them it's OK that you don't have a SO right now, because you're embracing the single life and your career. So instead, you and your cousin just laugh it off every time your relatives do these seven things.

You truly feel blessed for having a cousin who is also your bestie, but you're most thankful to have someone to pull you through another Thanksgiving dinner or family vacation with some LOLs instead of OMG SOS.

1. When They Tell The Same Story You've Already Heard A Million Times

Here goes your aunt with the same old story again. You don't know how many times you've heard it, but now instead of being so annoyed, you and your cousin use it as a game. If you're 21 and up, you take a shot every time it comes up at a family dinner. These stories have become such fun games for you two, that now you're just waiting for them to be told again.

2. When They Consistently Ask About Your Relationship Status

It's like your family just doesn't understand that you're really content with being single and enjoying your "me time.". Even if you've found that special someone, the questions about your relationship status will never stop flowing. Your family is just an inquisitive bunch who wants to know all of the scoop, at all times.

3. Anytime Someone Says, "When I Was Your Age"

You know when you hear the phrase, "When I was your age," you're about to hear something that is totally over-exaggerated. Cue the eye rolls.

You're tired of reminding your relatives that things have changed since you were a little kid, and it's not all bad. So, instead, you let them tell you what life was like when they were your age, and you nod your head like you agree.

4. Whenever That One Relative Who Loves To Brag Starts Listing Off Their Accomplishments

We all have that one aunt or uncle who just loves to brag about themselves. They are the one who love to send out Christmas letters detailing every good thing that happened to them that year. When you finally get that letter in the mail, you text your cousin to see if she got hers as well so you can read it together.

5. When Deciding On Something To Do That Everyone Will Enjoy Is Impossible

I don't know how many times my family has given up on going to see a movie after dinner because we took too long deciding on which movie to go see. It's almost impossible deciding on one thing that everyone will enjoy. Sometimes, it's best just to split up, but your grandma insists on the whole family sticking together. It's your kryptonite.

6. That One Relative Who Overuses Social Media Without Fully Understanding It

Sure, I love being able to connect to the relatives who live far away, but when my aunt is constantly commenting on every status or tweet I put out there, it's a tad extra You almost have to have one Facebook for family, and one for actually using.

No matter where you're at in life, you and your cousin may always be seen as little kids in your relatives' eyes. It's a little frustrating, but at least you're in it together; you've made it work. At your reunion, you'll go off and do "kid" things — aka, stowing away a bottle of wine (if you're 21 and up) and catching up on life.