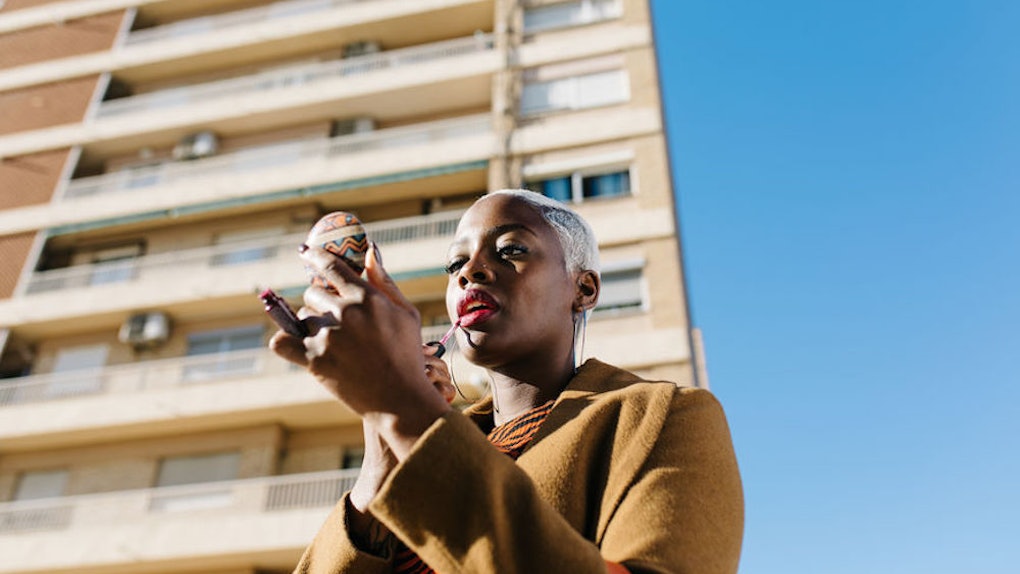 6 Petty Things You're Done With By Age 25, Because They're Keeping You From Living Your Best Life

By the time you turn 25, your life may look a little different. You may live in a new city based somewhere on the West Coast. Your friend group may have grown a little bit to include the coworkers you've bonded with over the past couple of years. And your family members may start reminding you that you're almost a quarter-of-a-century years old. Some of these changes are really refreshing and rewarding, and others can't seem to happen quick enough. For example, there are so many petty things you're done with by age 25 that you stop entertaining before that milestone birthday.

Why is that? Well, they're keeping you from living your best life. They're wasting your time and energy on situations that aren't related to your passions, and challenging your dreams. They're adding negativity to your life, and making you feel like you're a character in a scene from Mean Girls, facing Regina George head-on. (Let's be honest: As much as you love that movie and can probably quote every single line, you don't want to actually live in it.)

Most significantly, though, they're including you in drama that was supposed to be left behind back in high school. You're so over it. You're halfway through this beautiful decade of your life, and thinking, "Why spend another second entertaining these six petty things?" After all, your #bestlife awaits.

1. The Drama That Should've Been Left Behind In High School

First things first: You're so over drama — period. You're over the passive aggressive arguments and the situations where someone blames somebody else for their problems. You're over the friend who always wants to stir the pot, or decides that they never have anything positive to say.

I don't blame you. Drama can be exhausting for everyone involved, and rarely ends in a positive way. Feel free to ditch it and eliminate the noise.

2. The Friend Who Wants To Tag Along, But Never Extends The Invites To You

Next to the friend (or friends) who causes all the drama in your life, is the one who wants to tag along on all of your plans. They want to grab coffee with you and your coworkers, and be included in your Saturday night itinerary. But then, when the situation is reversed, they never extend an invitation to you.

They might go out to the new restaurants in your city that you recommended, and don't take into consideration that you really wanted to try the menu, too. They tend to be a little bit selfish when you do hang out, and take over the conversation, as if you didn't have anything you wanted to talk about or say. Um, no thanks!

3. The Friend Who Gets Really Upset When You Don't Answer A Text Right Away

As you grow up, life seems to get busier. Especially in this decade of your life when you're diving head-first into the "real world," your schedule is likely packed from morning until night.

You spend 9 a.m. to 5 p.m. every day at work, and then sometimes have things to do afterwards. You have to attend events that are hosted by your office, or have plans to meet up with your mom for happy hour.

In between one commitment and the next, you rarely look at your phone. Sometimes, you take hours to answer text messages, and one of your friends might always get really upset about it. Yes, you should be there for them — that's true. But, it's also their job to be understanding and flexible, you know?

4. The Family Member Who Isn't Supportive Or Encouraging Of Your Dreams

There are so many things that get better before you turn 25, which may include your adulting skills, your relationships, and your professional life. But, the more things change and get better, the more you've started answering questions from an unsupportive family member.

You may have had to defend your dreams and explain why you want to move to the West Coast or change your career path. And during every conversation, they've looked at you with a judgmental stare and told you everything that won't work along the way.

You appreciate their realism and the fact that they want the best for you. But, you're pretty sure this negativity and lack of encouragement isn't fueling your best life. (I'd say you're right.)

5. The FOMO You Face When You Decide To Stay In On A Weekend Night

When you were in high school and college, you may have spent all of your weekend nights with your friends. You would go out to the local restaurants and bars (when you were 21 and older), and dance until well-past midnight. Now that you're basically 25, though, you don't want to do that anymore.

You want to hang on your couch and watch movies or catch up on your "me" time. But, every time you've proposed staying in, your friends have given you a guilt trip. They remind you that FOMO exists, and that you'll be missing out on all these memories and inside jokes. Can I get an "ugh"?

You're so over that feeling and have decided to face your FOMO. There's no room for it in your best life. (Sorry, not sorry.)

6. The Negative Thoughts And Opinions Of Others

Last but not least, you're over any sort of negativity. You're over the thoughts and opinions of others that sometimes make you feel bad about yourself, and conversations that aren't productive. The time for living your best life is now, and you're tired of wasting energy and mental space entertaining these bad vibes.

You're tired of clogging your brain with comparisons and worries. You want to approach those negative thoughts and opinions with questions like, "Why not?" and "Excuse me?" and show the world that you boldly believe in yourself.

Personally, I think that's a great idea, and one that will lead to a lot of happiness and success. So long, petty things! See you, well, never.