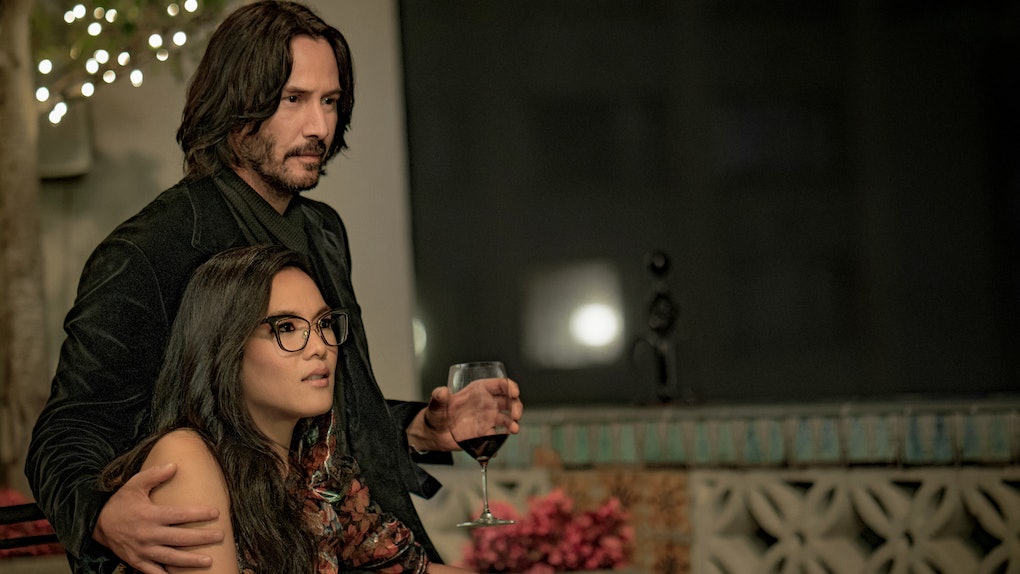 An at-home movie night is probably one of the most underrated date ideas of all time. There's no pressure to be anywhere at a specific time or pick out a killer outfit (meaning you don't need to change out of the sweats you've been wearing all day). Best of all, you can snuggle up with your S.O. without worrying about PDA. Plus, picking out movies to watch on Netflix with your partner can be a fun date activity all on its own.

That is... if you have similar cinematic tastes. If you and your partner tend not to agree on movies, the most tasking part of your date night will probably be deciding on a film that both of you can enjoy. For example, say you're dating a self-proclaimed cinephile who loves all things Star Trek, but you prefer to steer very clear of anything remotely sci-fi. You're probably not going to want to spend several hours trying to catch up on decades worth of Klingon.

What you might want to try instead is a compromise. Instead of taking turns picking movies that reflect your niche interests, why not go more general and find something you both will enjoy? Not only will it give you and your S.O. a shared interest to bond over, but it'll also decrease the likelihood that one of you will be scrolling on your phone throughout the whole movie.

Here are six crowd-pleasing options that both you and your partner will probably love — even if you have wildly different tastes.

A modern rom-com classic if there ever was one, Crazy, Stupid, Love has something for everyone. There's the obvious romance aspect (I mean, "love" is right there in the title), but it's also laugh-out-loud hilarious. Plus, the cast is absolutely stacked, with Steve Carell, Ryan Gosling, Julianne Moore, and Emma Stone as the leads — plus a young Joey King! If that isn't enough to win both of you over, there's a climactic twist that would impress even the snobbiest M. Night Shyamalan fan.

Action flicks may not be your first choice for a date night, but let me tell you why you might want to rethink that: The Old Guard blends a high-octane superhero storyline with emotional moments that are sure to spark up conversations with your S.O.

3. Always Be My Maybe

Always Be My Maybe is a romantic comedy that leans more heavily on the com than the rom. Starring Ali Wong and Randall Park, the movie tells an adorable and funny story of childhood friends who reunite when they're at very different places in their lives. And if you or your partner are more into action, stick around for an incredible Keanu Reeves cameo.

Another action flick that's more than just explosions and car chases, Project Power will make you really think. The 2020 film stars Jamie Foxx and Joseph Gordon-Levitt with rising star Dominique Fishback. Watch this one to add some adrenaline to your Netflix and chill.

If you're a horror fan but your partner is not (or vice versa), this might be the perfect compromise. The 2011 thriller about a co-living situation gone horribly wrong is certainly scary (that shower scene will haunt anyone with a bellybutton ring), but the cast — which includes Gossip Girl's Leighton Meester and Disney queen Aly Michalka — is a fun distraction for anyone who prefers less intense fare.

6. Between Two Ferns: The Movie

The cringe comedy stylings of Zach Galifianakis just may become the glue that holds your relationship together. The 2019 film based on Galifianakis' spoof-y talk show of the same name stars so many A-listers, you could make a bingo game out of the cameos. Every scene is bound to have you and your partner laughing together, which sounds like an ideal movie night to me.

This article was originally published on Dec. 21, 2017