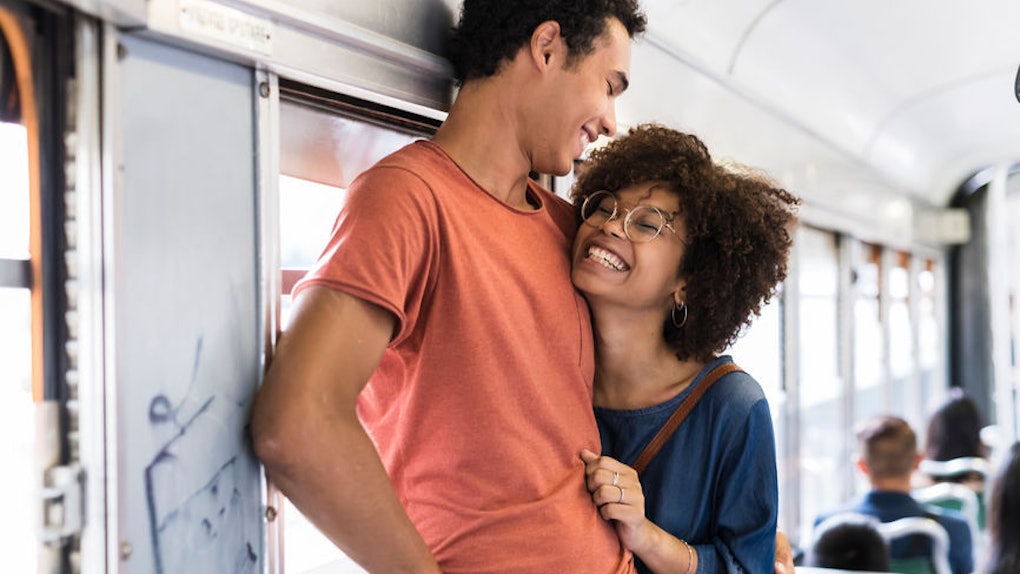 5 Ways To Make Your "Almost" Relationship Official, So That Your Love Lasts Through Fall

Is there anything more annoying than being with someone who you really, really like, but not having had that "define the relationship" talk just yet? OK, obviously being ghosted is up there, but still — being in an "almost" relationship is seriously frustrating. So, as summer starts to wind down, these ways to make your "almost" relationship official will help you make sure that your love can last though the fall. Because let's be honest, having a significant other around during the holiday season is just about the best thing ever.

The thing is, though, "almost" relationships suck. Like, they just do. Being with someone who you have strong feelings for should be amazing, but if you aren't sure that you're official, or how the other person feels about you, it can get complicated. Maybe you started as friends who just wanted to have a no-strings-attached kind of relationship, or maybe one of you just got out of a super serious relationship. Whatever the case, "almost" relationships can really be emotionally draining, despite the fact that you aren't actually dating that person. Or maybe you are. That's the thing — "almost" relationships are hard to define.

So, if you're trying to take your own "almost" relationship to the next level, then definitely listen up, because these tips could help you make it last through the fall, or even the rest of the year.

1. Don't Make It Too Easy For Them

In most "almost" relationships, one person is almost always shifting from hot to cold; interested, or uninterested. And if you're with someone who seems to act like they could care less about you one day, and then needs to jump your bones the very next, consider taking a stand!

Don't immediately run over to their place when they send you that "U up?" text, even if you really want to. If you set boundaries, then they'll be more likely to realize how good they've got it.

2. Try And Hang Out More Often

Listen, I get it, you're busy. And they're busy. We're all busy. But, that doesn't mean that your significant other can't make time for you. Maybe you can meet up on your lunch break, or decide to stay over at their place so you can get more time in. Whatever the case, if you're spending more time together, then maybe this "almost" relationship will turn into something more.

Real relationships involve other people. There's more than just you and them. There's family, and friends, and coworkers. It can be a lot, but if you want to turn an "almost" relationship into something real that lasts you through the fall, then you need to get to know each other's friends, at least.

4. Test The Waters About Your Future Together

Casually say, "My sister is coming to town next week, want to hang out?" and see how they respond. Maybe see if they'd want to be your plus one for an upcoming wedding. Do what you need to do to find out whether they can see you in their future plans, and make it clear you want them in yours.

Yes, it can be scary to have that talk with someone you're dating, but if you want it to last, you have to. This "almost" relationship clearly means something to you, so, if they've maybe hinted that they could see a future with you, ask them what that means.

Tell them how you feel, and ask them if they feel the same way. If you're worried about it being awkward, then just say that. It's not an easy conversation for anyone to have. But once you define the relationship and let the other person know that you actually want it to last, you'll know for sure whether or not it will.