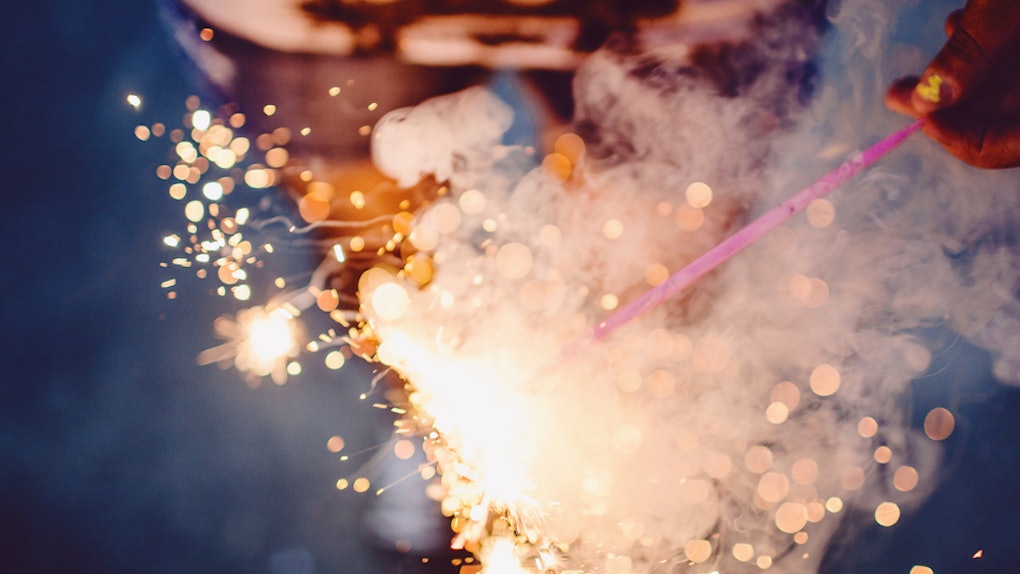 Ah, New Year's Eve. A night that feels like it was made for couples and purposely designed to make single people feel unbelievably aware of their singleness. Finding things to do on NYE if you're single that don't involve being surrounded by adorable couples is probably going to be a little difficult, no matter which way you slice it. All of your friends are totally down to party, no doubt, but the possibility that they may very well end up unintentionally ditching you come midnight to smooch on someone else is very real.

But before you decide to hole up in your room with a movie, some delivery, and enough booze to ensure you'll be passed out long before the clock strikes 12 — which, honestly, doesn't sound like the worst idea — you may want to consider your other options. Really, NYE is just one big party, and let's be real, partying can be so much more thrilling when you are single and ready to mingle. Being single is never a legit reason to keep yourself from having fun, and with a little luck and the right outlook, who's to say you won't meet a sexy stranger to ring in 2018 with a bang. For all the single peeps out there, here are some NYE plans that will make for a memorable night.

1. Party With Your Crew

I know what you're thinking. "But what about all my annoying friends who are all coupled up?" Who cares! I'm not saying that not having a midnight kiss is going to be super fun suddenly, but that doesn't mean you can't have a totally fun night overall. Friends make everything better. If everyone really is all coupled up, then try to invite a couple of single people you know, so you won't feel totally abandoned.

If you want to guarantee a fun night, and you don't mind putting in a little work, then why not throw a party yourself? It doesn't necessarily have to be a total rager, but if you're feeling ambitious, then by all means, start sending out those invites. If something slightly classier and more intimate is your style then, great! Dust off those cocktail glasses and start putting together an hors d'oeuvre menu.

If the thought of having to mingle with your attached friends is too much to bear, then don't. Send out a group message to a few other single ladies and see if anyone's up for a quick NYE getaway. New Orleans is unbelievably turnt just about every night, and most certainly on the last eve of the year. And who knows? There might be a ton of sexy singles looking for a New Year's boo for some end-of-the-year fun there, too.

4. Celebrate With The Fam

I'm not going to pretend like hanging out with the fam is necessarily the most fun option, but I will say that it's probably a bit livelier than Netflix and ice cream. Bust out a couple of board games and show off those killer bartending skills you've been perfecting for a while. Your parents will be grateful to see that all of their hard-earned money has resulted in at least one practical skill.

When all else fails, then whatever you do, make sure you treat yourself. This might mean taking yourself out for a fancy dinner at a bougie restaurant before meeting up for drinks with a last-minute dating app date or spending the day at the spa and having an early night.

New Year's Eve can feel like such a huge deal, but it's actually just another night. If you don't want to be alone, but don't have anyone to hang out with, then hit up a bar in your area. Make an effort to chat up some interesting-looking people, and come midnight, you could be ringing in the new year with a couple of new friends.