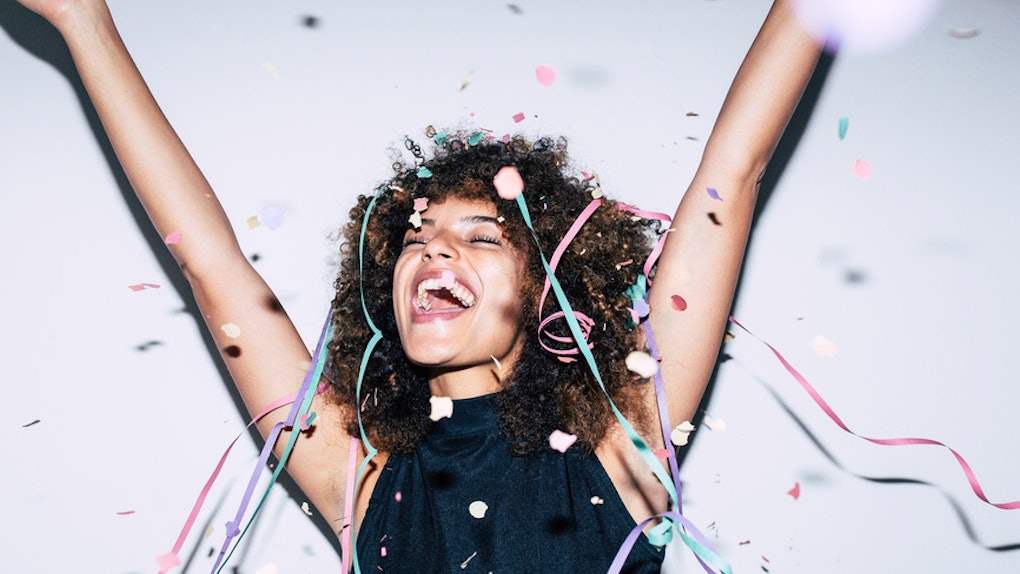 New Year's Eve is one of the most hyped up holidays of the year, particularly when you become an adult, and going out for drinks becomes a go-to activity most weekends. But here's the truth: There are tons of other things to do on New Year's Eve besides drink. And yes, you can still be social while choosing not to drink.

There's an old adage I personally can't stand: The way you ring in the new year represents the way you'll spend your entire year. Not only is this whole idea just vastly untrue, but it can also put pressure on a person to go out and "be social" (whatever that means) in the fear that spending New Year's Eve alone — or at something other than a party — will hurt their social life for the rest of the year.

Drinking does not have to be the central theme of your New Year's Eve celebration. In fact, getting a little creative would probably be a move your friends will appreciate in the long run. After all, drinking with friends can be fun, but there's nothing wrong with switching things up a little bit.

From mocktails to game nights to an all-out spa-cation, the options are endless when you decide to forgo alcohol for the evening. Here are seven things to do on New Year's Eve besides drink.

1. Host A Board Game Tournament

People have mixed feelings about board games, but we all know that 20 minutes into a game of Monopoly, everyone is so laser-focused on how to steal all the railroads, that it'll be the best — and possibly most dramatic — party that anyone has ever had.

Coming up with interesting (and still tasty) ways to drink sans alcohol can be a little bit tricky, especially when you're not used to it. But finding a mocktail recipe that's delicious and fun to make will allow you to drink all night without suffering from an epic hangover the next morning.

Consider this mocktail recipe concocted by The Spruce, for example: All it takes is an ounce each of lemon juice, orange juice, and pineapple juice, plus grenadine and bitters.

3. Sleep, Because You Can

You're an adult, which means you get to make all of your own decisions, and as long as you're not hurting anyone in the process, you don't have to feel bad about them. If you don't want to go out on New Year's Eve, you then don't. In fact, sleeping to ring in the new year is good luck!

OK, maybe I made that up, but there's nothing that says it's bad luck either, is there?

If you're into this sort of thing, camping is an awesome way to celebrate a new year with good friends. Not only is camping a great way to spend time with people yo ulove, but it's also an awesome, more natural, and healthier alternative to going out and drinking with friends.

Do I really have to explain this one?

A spa-themed evening, whether for an individual or a group, is always a good idea. Ring in the new year the way you plan to spend the rest of the year: by treating yourself right, mind, body, and soul.

If you don't feel like getting wasted all night, make a late dinner reservation with your significant other or a good friend, so that you can turn the dinner itself into the centerpiece of the evening. Treat yourselves to a restaurant that's a little fancier than your usual spots, and order whatever you want. That way, your night will still be filled with something delicious; who needs Jell-O shots anyway?

7. Instead Of Going To A Party, Host One Yourself

If you're hosting a party, then you're going to be so busy playing house that you won't really have time to drink, even if you wanted to. For that reason, it's a perfect role to play if you're not in the mood for shots and champagne. No one will even know you're not drinking, because you'll be busy hosting and mingling with your squad.

Granted, this plan will include things like cleaning up messes and taking a precious lamp out of someone's hands, but hey, it'll still be good, clean fun.