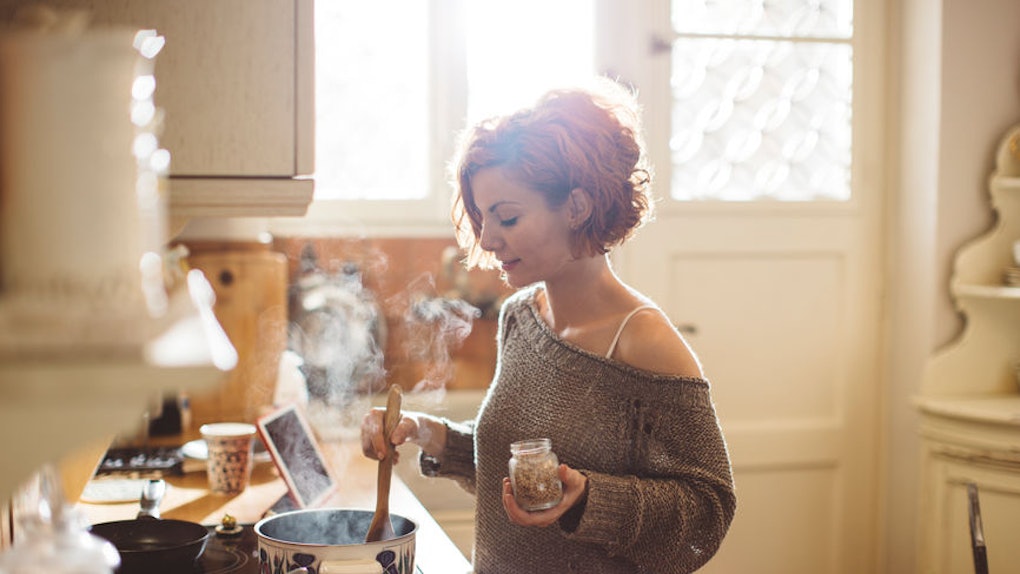 5 Things That Make You An Adult & Mean You're On The Right Track, According To A New Survey

Whoever coined the phrase “time flies when you’re having fun” wasn’t kidding, because it feels like just yesterday that summer vacation meant lying out by the pool and hanging out with my besties all day, every day, for three months straight. Now when I look in the mirror, I see a 26-years-young woman staring back at me. I’m an adult, and that means having to do all the things that make you an adult, like working Monday through Friday, June through August (and every other month of the year, while you're at it).

Seriously though, when people say millennials are lazy or entitled, I just laugh because, really, are either of those character traits an option post-grad? Don’t get me wrong: There are definitely some lazy and entitled people out there (and TBH, I’ve had my moments, too), but from what I can tell, that’s a human thing, not a generational thing. Plus, even science has millennials' backs these days — but more on that in a moment.

Granted, you might not be living in a penthouse because your student loan debt is off the charts, and budgeting in a few slices of avocado toast might be tight if you’re not willing to give up a Starbucks Pink Drink or two. But rest assured, millennial baby, you’ve got your sh*t in order, and Mattress Firm has the statistics to prove it. The mattress retailer recently issued a survey to uncover how millennials define “adulting,” and the next time someone even suggests people in my generation don’t know what they’re doing, please go ahead and shove this research right in their face, because survey says you’ve got everything under control, my friend.

But what does that even mean? What are the true signs of being an adult, and how do you know if you're checking these boxes off in your own life? Here's how millennials are defining "adulting" in 2018.

OK I'll admit, if you scroll through Instagram, you could easily assume "adulting" to millennials means being able to afford rounds on rounds of mimosas at brunch with girlfriends and aesthetically pleasing smoothie bowls post-Soul Cycle. And, granted, that might very well be what some millennials put their dollars toward, but before you can brunch, you need money, and how do you earn money? By clocking in 9 a.m. to 5 p.m., Monday through Friday.

According to Mattress Firm's survey, it turns out millennials consider having a steady job the number-one sign they're doing adulting right, which shouldn't come as too much of a shock, considering all everyone talks about these days is how the job market is in shambles. When you think about it, it's no wonder millennials are doing backflips the second they get a solid offer after graduation.

Plus, as doctor of psychology and licensed clinical social worker, Dr. Danielle Forshee, LLC, tells Elite Daily, this sense of accomplishment most likely stems from having part-time jobs throughout college, and committing to other extracurricular activities that teach you what it means to have a sense of independence and money management before you actually join the full-time workforce. In other words, most of us learn the value of working full-time long before receiving that first offer letter, so by the time a steady paycheck does come rolling in on the reg, of course it's going to make you feel like you've got the whole "adulting" thing down-pat — because you do!

Having Enough Self-Control To Resist The Urge To Splurge

Personally, I've always been a little cautious with my hard-earned cash — OK, fine, I'm cheap — so I'm pretty sure I've never truly "splurged" on anything, except maybe a zip-up from Lululemon, if that counts. Still, it's been said time and time again that millennials tend to be a tad careless with their dollars, and Mattress Firm's survey is here to debunk that myth once and for all: Not only are millennials fighting their way into the workforce, they also know how to spend a pretty penny wisely.

The thing is, if you're going to spend your hard-earned cash, you want to spend it well, because not everything in life is fully refundable, and there's that whole needing-to-pay-bills situation when you become an adult, too. But the Mattress Firm survey showed millennials know a little more about finances than people give them credit for: According to the results, most millennials will do extensive research — 4.6 hours of it, to be exact — before making a big purchase.

Again, this goes back to Dr. Forshee's bit on independence and having that little taste of what it means to work for your money before getting out into the real world, where (usually) your own green is the only green you can depend on. What's more, she tells Elite Daily, "adolescents may show excellent cognitive and emotional skills, but may be incapable of making prudent decisions," so even though you might have been a responsible teen, adulthood means having an even more responsible attitude toward your possessions, and becoming more aware of how to better solve real-life problems.

Moving Out Of Mom And Dad's House

Nothing says "I'm an adult" quite like moving out of your parents' house, which is exactly why it was identified as one of the major signs of "adulting" in Mattress Firm's survey. If you lived on campus during your college years, then you might have already experienced that little taste of freedom that comes with cutting ties from mom and dad's ruling. It's pretty sweet, right? But moving out also means having to be financially stable, which introduces a brand new set of even more responsibilities: getting a job, paying your bills on time, budgeting your paychecks so you have money in the bank when bills are due, etc. And according to Dr. Forshee, the adolescent brain literally can't handle all of these extra responsibilities until you're a full-fledged "adult." Who knew adulting had anything to do with science, right?

According to Forshee, having the skill set to juggle all of the very real responsibilities that come with flying the coop reflect a shift in the brain: "The prefrontal cortex, one of the last regions of the brain to fully develop, is considered to be the 'CEO' of the brain and regulates our ability to make choices; solve problems; set goals; organize plans; control attention; hold back impulses; regulate emotional reactivity; actively work on new information, and evaluate one’s own performance or behavior," she tells Elite Daily. In other words, when this part of the brain fully blossoms, that's when you're neurologically an adult, and physiologically ready to take on this part of being an adult.

Being Able To Cook A Meal For Yourself

For the record, I'm 26 years old, and I still call my mom at least once a week to ask questions about recipes, ingredient substitutes, and yeah, sometimes it's to double-check what kind of pan can and cannot go into the oven. Even so, according to Mattress Firm's survey, one of the top of 10 signs of "adulting" is being able to cook your own meals. But hey, even the best of us have questions sometimes, right?

Of course, there will be times when you burn a potato in the microwave, burn a batch of cookies, or give up and give in to ordering Chinese. This is all fine and normal, BTW; we can't all be Martha Stewart or Mom on the first try, but that doesn't mean you stop trying! Just remember: You don't have to whip up chicken parm pasta right off the bat in order to be considered an adult. Start small with a few easy dinner recipes, and on those days when you can't deal with stove tops and cutting boards, remind yourself that adults eat cereal for dinner sometimes, too.

Arriving To Work On Time (At Least, Most Of The Time)

I've always been a stickler for time when it comes to work events or appointments. I can remember when I used to commute in and out of the city, even if I had zero control over being late to the office due to a public transportation issue, I'd still panic. Being an adult means being on time for work, and according to Mattress Firm's survey, millennials agree, so set your alarm(s), make peace with the morning, and get productive early.

But listen: Even if you're the most punctual employee, things like traffic jams, stomachaches, and the need for a double espresso to function properly before you get anywhere near a desk all happen from time to time, and it's OK to run a little behind schedule every once in a while. Having said that, though, being an adult means getting a job and keeping said job, so you might want to work on not being fashionably late if you have a reputation for tardiness.