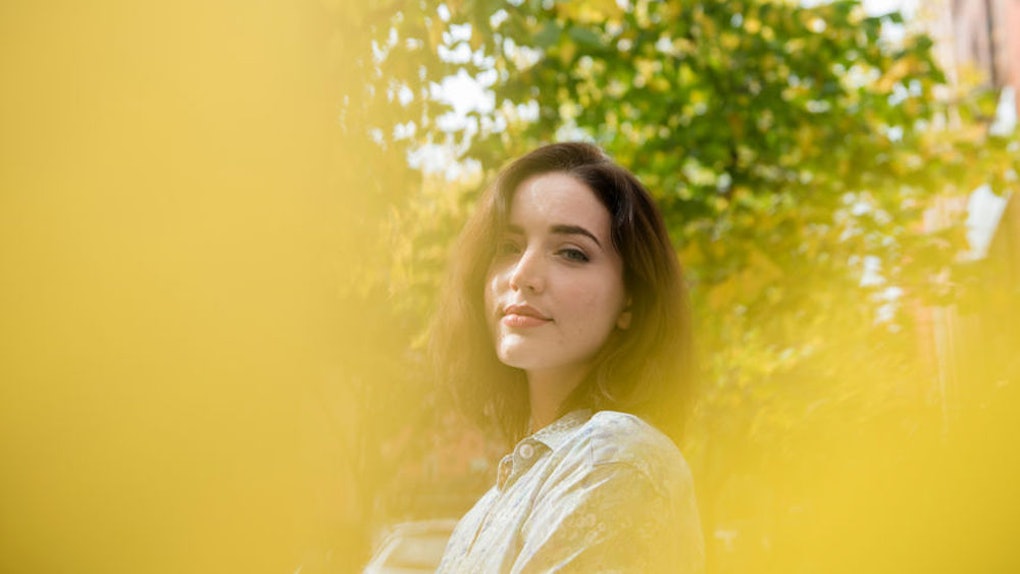 5 Questions You Shouldn't Feel Guilty About Not Answering When Asked

From what I can tell, there's no "right" way to grow up and become an adult. There are no flashing lights, neon signs, or arrows on billboards that lead you to nine to five jobs or grocery shopping routines. At some point, most of us just land on our feet, not knowing how exactly we got there. So, it's also come to my attention that questions like, "What do you want to be when you grow up," are asking, well, way too much. They're expecting a clear and concise answer, and most of the time, you feel bad for not having one. Let me be blunt with you for a second, then: There are some questions you shouldn't feel guilty about not answering when asked — not now or ever.

The truth is, nobody has everything figured out. Like you, the person asking these questions may be considering different career paths or what they want out of a relationship. They're juggling a bunch of different commitments and trying to figure out where they're "supposed" to be in life, too. (Spoiler alert: That's a waste of time. You're exactly where you're "supposed" to be.)

What they don't realize, though, is that they're making you feel a little guilty. They aren't putting themselves in your shoes, and approaching the situation as if it were reversed. That's why I'm here to tell you that these five questions can be absurd. It's OK to not answer or feel guilty about them, like ever.

Since kindergarten, you likely heard this question: "What do you want to be when you grow up?" As you got older, you realized that there are so many things you could be.

There are college majors dedicated to dance, and others related to science and psychology. You may have looked into photography, starting your own business, or working multiple jobs, too. The answer to this question just got messier and more complicated — the way that it should.

It's perfectly OK to explore your options and change your job title. Odds are, in your lifetime, you'll wear many hats and even follow some paths at the same time. Don't feel guilty for expanding your horizons, and not wanting to explain where your passions and interests stand.

2. "Why Aren't You Friends With Them Anymore?"

Some people in your life always want to know the latest tea. They want to know what everyone from high school is up to, and who's getting engaged. They also want to know about your friendships and relationships — no matter how personal they may be.

But, they are exactly that: personal. So, it's OK to dodge questions related to recent drama between you and your best friend, or situations that were toxic or fake.

It's not in that person's place to dig deep for answers and play-by-plays. Instead, it's up to them to read the conversation, be understanding, and change the subject. You shouldn't have to feel pressured, awkward, or guilty for not giving them the 4-1-1.

As far as I'm concerned, the only time you should be asked about your finances is if you're at a bank or initiated a conversation about money with someone you trust. Once again, it's just a very personal topic, and should stay that way.

Every once in a while, though, people may approach you about how you afford to travel the world or the basics of your bank account. You may offer up advice on how you save money, but then you move on, because it's none of their business.

Now, some people are more comfortable talking about your finances and how much money you make, and that's OK. If you're one of those people, just know that others aren't always in the same place. You shouldn't expect them to have answers for you or feel guilty for not answering, too.

4. "Do You Have A Significant Other?"

Like your friendships, your love life is nobody's business. The only people they really concern are those who are involved — or simply you, if you're not interested in dating right now.

But, no matter where you may stand, time and time again you are probably asked, "Do you have a significant other," or "Who are you dating right now?" Your aunt might walk into the family party and it's her conversation starter, or your mom sends you a text to check in. Ugh!

Sure, their intentions are likely very good. It can get redundant to give everyone the details of your relationship status, though. It's OK to feel that way, and not give an answer instead — or to show them pictures and tell stories about your bae (Guilty.), if that's more your style.

Last but not least, you don't have to answer or feel guilty for the question, "Why don't you want to go out?" This question will most likely come around on Saturday nights, when you'd rather stay in than go out on the town. It may also make an appearance in the group chat when you skip out on other plans for some much-needed "me time."

You're choosing yourself in those moments, and that's OK. It may feel a bit selfish at first, but only because of these questions that are a little demanding sometimes.

Simply put: You don't have to explain yourself, or feel guilty for not answering some questions when asked. Whether you don't have an answer or don't want to give one, you have nothing to prove and a beautiful life to live.

More like this
Your Mars Sign Meaning Reveals A Lot About Your Sexual Needs, So Take Notes
By Roya Backlund
20 Deep Questions To Ask Your Crush During A Game Of 20 Questions
By Cosmo Luce
36 Best Comments To Leave On Instagram For Your Bestie
By Rachel Chapman
Stay up to date