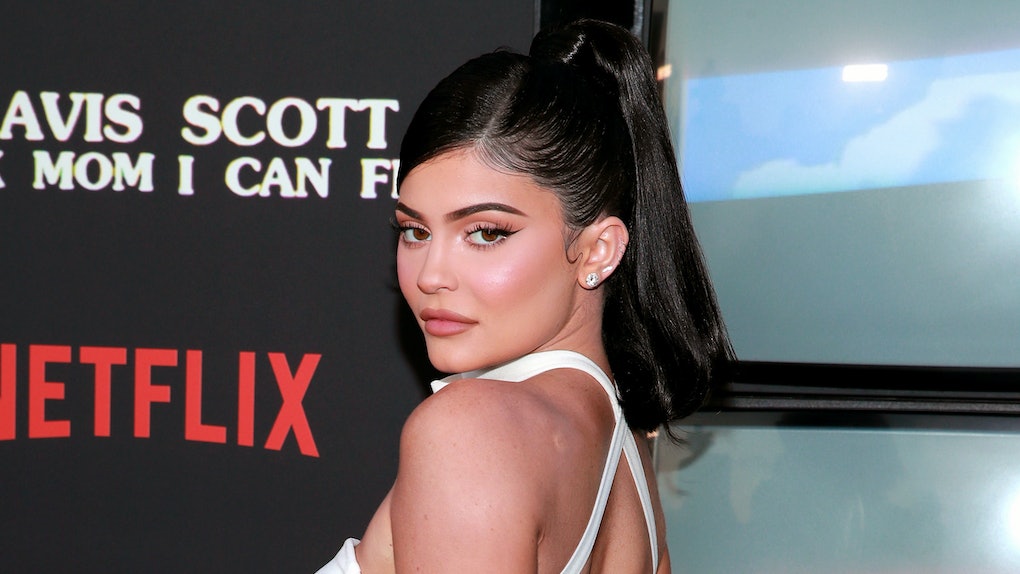 Kylie Jenner nearly broke the internet with her viral "rise and shine" moment and if you somehow missed it, let me catch you up to speed. The makeup mogul unassumingly created one of the most-talked-about internet moments of the year when she belted out a mini-song for her baby, Stormi, on camera. It took just three words for the internet to catch fire. "Rise and shine," Kylie soulfully sang, which sounded more like "Riiiise and Shiiiiine," if I'm being honest. Now, Jenner's fans are rushing to recreate the moment for themselves. If you're trying to whip up a last-minute Kylie Jenner "Rise and Shine" Halloween costume at home, look no further. I've got a few last minute ideas for you right here.

It's no surprise Jenner's fans are scrambling to pull together a last minute rise and shine costume. I mean, who wants to miss out on the opportunity to capitalize on the most important internet moment of the year?

Oh, and just to be clear, you're going to have to get a little DIY with these costumes. Two weeks to Halloween wasn't quite enough time for official "Rise and Shine" costumes to go into production... sorry!

Endless memes have flooded Twitter depicting Jenner as a bright, beaming sun, and the reality star was sure to poke a little fun at herself as well.

If you want to channel this look at home, it's probably the most simple costume to create! Just grab some cardboard, paint it yellow, and cut it into a silhouette of the sun. Make sure to cut a hole for your face as well and voilà! You're done.

Almost as iconic as the sun meme was the dress Jenner wore in the original "Rise and Shine" video. Jenner was completely decked out in the Chanel logo from head to toe and I can only pray I will one day be that fashionable first thing in the morning.

Some fans have already got to work on their custom-made Chanel costume. The look can be made right at home and it is super easy to do so! Just scoop up a simple black mini-dress from your closet or your local Forever 21 and then glue on white felt shaped like the iconic Chanel logo.

We can't forget the most important part of the "Rise and Shine" narrative — baby Stormi!

If you and a friend are looking to link up on a costume, one person can toss on an over-sized onesie and call it a day. Of course, the other person can go as Kylie, either rocking a Chanel-inspired look as seen in the "Rise and Shine" video or as the sun meme. People will instantly recognize your dual costume!

Seriously, could Jenner's at-home fashion get any better?

When Rob Kardashian shared a video of his little sister mouthing the words "Rise and Shine" in an Instagram video, all hell broke loose once again.

Not only did Jenner embrace her meme-able moment, but she looked f-i-e-r-c-e while doing so. All you need for this look is a python bodysuit and a pair of fluffy Louis Vuitton slippers. Not trying to break the bank? I support a knockoff pair in honor of the Halloween season. Go for it.

5. The Official "Rise And Shine" Merch

Trying to keep it low-key this Halloween season?

Slip into a piece of official "Rise and Shine" merch! Yep, Jenner capitalized on her viral moment by selling a "Rise and Shine" hoodie. It may not technically be a costume, but you'll be cozy AF.

More like this
What Is Boo Bash At Disney World? The Halloween Event Has Rides, Music, & Themed Treats
By Cianna Garrison
Meghan & Harry's Open Letter For Archie's 2nd Birthday Asks Fans To Pay It Forward
By Brandy Robidoux
Madison Beer's Response To Constant Online Bullying Got So Real
By Brandy Robidoux
Stay up to date