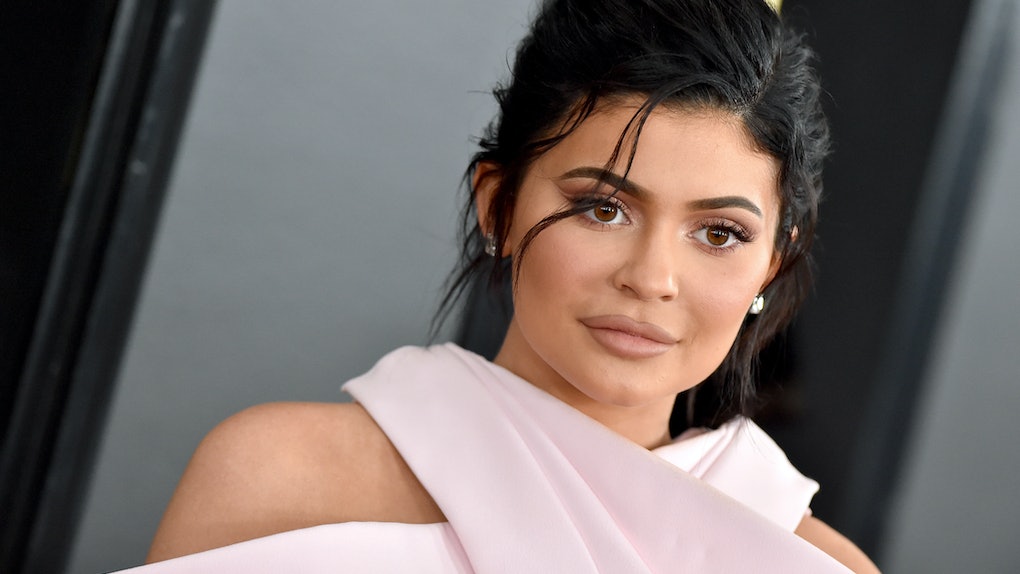 There's no escaping Kylie Jenner on social media, whether you follow her or not. From makeup tutorials to pictures of her family, and everything in between, the lip kit queen is constantly sharing glimpses into her everyday life. Jenner even opened up the doors to her Kylie Cosmetics office in October 2019 to give fans a tour. Little did she know, it was a 10-second moment with her daughter, Stormi, that would get fans talking the most. These Kylie Jenner "Rise and Shine" memes are sure to make you giggle.

Before I help you get an ab workout from laughing so hard at what social media users came up with, here's a bit of background about the video.

On Oct. 10, Jenner uploaded the 16-minute video to her YouTube page that gave fans a look at her massive office that is home to her makeup brand. While I thought the Moet champagne vending machine was a peak moment in the video, the real deal came at the 15-minute mark. Towards the end of the tour, Jenner told the cameras she was going to wake up her 1-year-old who was napping in her own room at the office, NBD.

When Jenner walked in the room and turned on the light, Stormi was already awake, but that didn't stop her from singing a brief tune to the tot. "Rise and shine," Jenner sang, and instantly Twitter users had a lot to say.

I think now is a good time to interrupt and let you know that even Jenner got in on the fun, making her new Instagram bio read: "Rise and shine." OK, back to the memes.

Others are more interested in how to make Jenner's unofficial hit single their ringtone or morning alarm.

Jenner's vocals also caught the attention of Ariana Grande, who took to her Instagram Stories on Oct. 16 to recreate the song and ask if she could "sample" it on a new track.

"Yes, yes you can @arianagrande," Jenner replied. "As long as i'm in music video..."

If this doesn't prove the power of Jenner and her social media presence, I don't know what else will.

Hopefully, this harmless humor is making Jenner smile in the wake of her split from Travis Scott. The reality star confirmed she and Scott broke up in a tweet on Oct. 3. Jenner also took the opportunity to note that she remains friends with the rapper and that they'll continue to co-parent Stormi together.

"Travis and i are on great terms and our main focus right now is Stormi," Jenner tweeted. "Our friendship and our daughter is priority."

While Scott and Jenner aren't currently together romantically, there is a possibility they can rekindle their relationship in the future. A source told E! News on Oct. 15 that Jenner and Scott "are recovering from [their break] and are happy to spend time together again." Elite Daily previously reached out to reps for Jenner and Scott for comment on E!'s report, but did not hear back by the time of publication.

Between a possible collab with Grande and the potential Jenner and Scott will get back together, it's safe to say I'll be frequenting all of their social media pages in the coming months.

More like this
These Tweets About Jimmy Fallon's TikTok Dance Follow-Up Segment All Say It's Too Little, Too Late
By Brandy Robidoux
These BTS x McDonald's Meal Memes Will Crack ARMYs Up
By Michele Mendez
Demi Lovato Called Out A Froyo Shop For Promoting Dieting Culture, & It's Getting Mixed Reactions
By Brandy Robidoux
Stay up to date