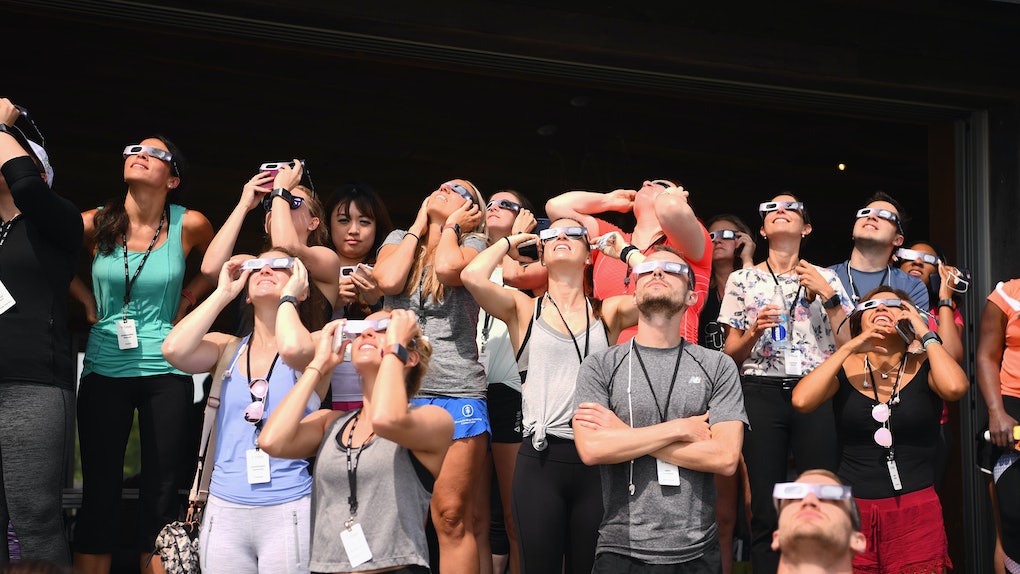 2017 was kind of a sh*tshow. Like, flames rising, heart pounding, feeling feelings of helplessness and frustration 24/7 kind of sh*tshow. Thankfully, the year is almost, almost over and we can maybe hope for clearer skies ahead. In the meantime, here's some 2017 end of the world memes to honor going into 2018. Please pull through for us, 2018. We're counting on you.

To start, let's take a look at the actual end of the world probability... because end of the world memes are really only fun when you don't have to worry about your own life being at stake. There's no real way of telling when our world is going to go kaput, but if you ask Stephen Hawking, he'll tell you that we've got about 600 years left. During a speech at the 2017 Tencent WE Summit, Hawking told audience members that the world will be engulfed by a "ball of fire." Very reassuring.

At least 600 years is a long ways away for us and we're probably (hopefully) safe for 2018. However, in many ways, 2017 has felt like a super apocalyptic situation, so let's bring on allll the end of the year, end of the world memes. It's only fitting.

For starters, some people thought (jokingly, I hope) that the end of the world had arrived when we had a total solar eclipse in 2018. Or, at the very least, they were smug that they managed to "survive" yet another false ending (hi Y2K).

And then it happened again. On Oct. 16, Hurricane Ophelia caused the sky in England to turn a bright orange. It was quite beautiful. And quite creepy. People were pretty sure that it was the end for us all.

Some people were also pretty sure Nov. 19, 2017, was the end of the world, because of a conspiracy theory based around a planet called Nibiru, which NASA promises does not, in fact, exist.

People still tweeted about it, though.

Of course, we do have some legit fears to deal with when it comes to the end of the world.

Namely, the fact that Donald Trump keeps goading North Korea, and it is developing weapons that might have the capability of hitting the United States. People are already bracing themselves for nuclear war, and pretty much calling it a day. So, cool, thanks President Trump.

While we're on the subject of Trump, we should really give a large round of applause to the man who has single handedly turned us all into catastrophists. As in, living in complete fear every time you log onto Twitter, can't sleep properly, always exhausted, feels like the apocalypse is coming 24/7 catastrophists. What's he going to attack next? Our reproductive rights? Our healthcare? Our taxes? (check, check, check). Donald Trump is our end of the world meme.

Seriously, people really, really think that this is the end... and not in the Judd Apatow ensemble cast type of way (though that movie was also pretty stressful to watch).

Twitter users are already figuring out what they want to do with the rest of their lives thanks to the unpredictable nature of our current president. Basically, it's YOLO time, everybody.

But then again, we're all survivalists right? If you made it through Y2K (LOL) you can make it through anything.

And if the world does come to an end, maybe we can try to handle it with Bill Murray's grace and humor. Also, if we have to all leave the earth on one holiday, I'm pretty okay with it being Valentine's Day.

Here's hoping we never, ever have to deal with this truly horrible scenario. Again, though, totally fine if it has to be on Valentine's Day.