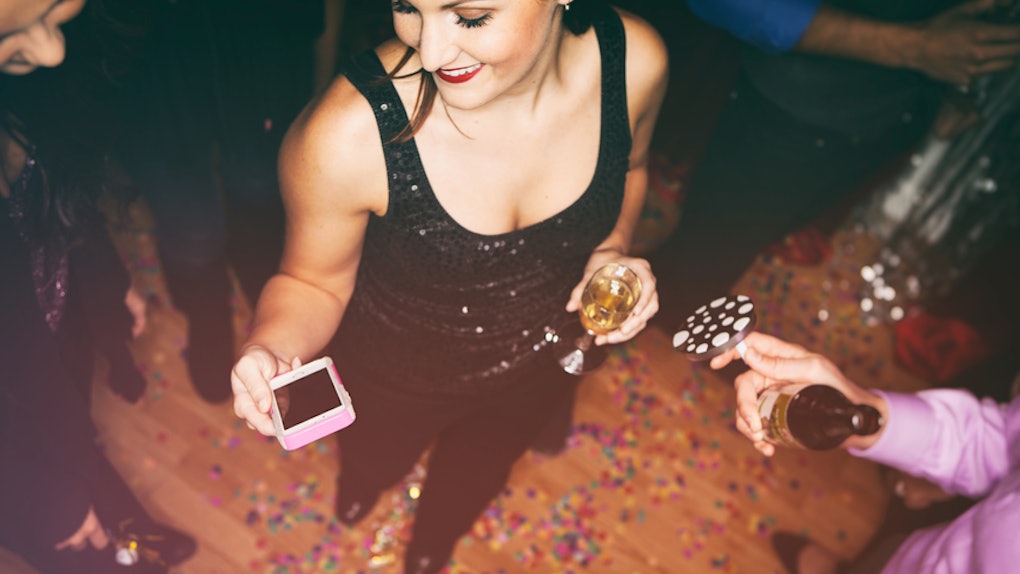 I love reaching back out to exes far after it's appropriate to do so. Well, the exes I actually want to talk to, that is. And by talk to, I mean get back together with them. You can't be too obvious about your intentions, though. Communicating with an ex is a delicate art form that requires some careful deliberation before reaching out. But what are some of the casual texts to send your ex to get a conversation going again? I can't just mass message "HELLO, TALK TO ME!" in all caps to every person I've ever dated... can I?

No, no, I can't. Because I've tried that, and it does not work. I've also tried yelling at exes for moving on, insisting that we get together and talk, or claiming we had unfinished business that needed to be finished RIGHT NOW. All that did was remind my old boyfriends of all the reasons we weren't together anymore and create more space between us. It's that delicate art of communication thing. Reaching out to an ex has to be a fun and positive experience for both you and them if you're looking to start talking again.

So here are some casual texts to send your ex to spark up a "random" conversation... which isn't random at all, because you've been wondering how to do it, and you're even reading an article about it on the Internet.

This is one of my favorite texts to send because you absolutely do not have to have seen your ex driving to send it. Just play pretend! Some people also call this lying. I used to do this move frequently. "Hey, were you just driving on Sunset Blvd? I think I saw you!"

Even when/if they answer no, you can keep the conversation going. "Oh, well, must have been your twin! Anyway, what are you up to?" Who knows? This kind of casual text could actually lead to making plans. (But don't push it too hard.)

If you happen to catch your ex's favorite movie on TV, text them to let them know. "Hey, Die Hard is on HBO right now, just FYI." It's a positive way to interact with someone from your past because A) it shows that you remember their favorite things, and B) it is an indicator that you're thoughtful and still care about their happiness. Plus, if they end up putting on the movie, maybe you can both watch it at the same time and text one another through it.

3. "I Found Your Doppelgänger!"

If you're out and see someone who looks like your ex, snap a pic. Perusing the internet and find a celeb who looks like that person you used to date? Take a screenshot. Then, send it to your former flame saying, "Hey! I found your doppelgänger!" It's bound to start a conversation.

Word to the wise: Make sure the look alike is hot. Anything less probably won't warrant a response back.

I once dated a guy who loved giving me work advice. Granted, it was the most annoying thing in the entire world when we were together, but once we broke up, I thought I missed him, so I used it as my way of initiating conversation with him again.

When I had a big interview coming up for a new job, I reached out to my ex to ask him for advice — a thing I knew he loved giving me. He was more than happy to talk, and it definitely opened the doors of communication between us again... which only served to remind me that I didn't really like communicating with him that much at all. So, when it comes to reaching out to an ex, be careful what you wish for.

5. "My Mom Asked Me Yesterday If We Still Talk, Hahaha"

Want to reach out to an ex without letting them know you were thinking about them? Just blame it on your parents! That'll do the trick. It'll not only let your ex feel good (who doesn't want to think they made a good, lasting impression on the 'rents), but it will also set a positive tone for the conversation, which is exactly how you want to engage with someone from your past.

Texting an ex after you've broken up is risky business, but hey, sometimes, the thirst is strong, and you can't deny the temptation to reach out to your past. So if you want to start texting with an ex again, it's important to keep it low-key, chill, and undramatic. You don't want your ex to associate you with negativity. Keep the convo fun, light, and flirty. But be careful: Once you start talking again, you might remember why you broke up in the first place.