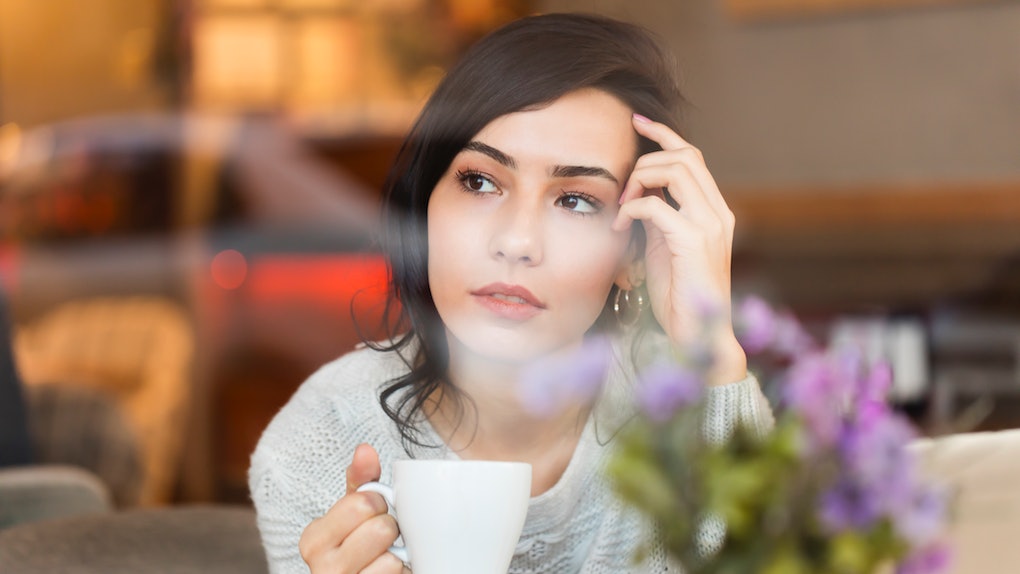 4 Zodiac Signs Who Miss Their Exes The Most, So Keep That In Mind

I don't know who needs to hear this, but it's OK to miss your ex. Reactivating your Tinder profile less than 24 hours after a breakup doesn't make you stronger than someone who needs a few months off from dating. Deleting all the pictures of you and your ex from your Instagram won't make all your memories of that person disappear. Recovering from a breakup is a process, and it's a much longer process for some than others. For the zodiac signs who miss their exes the most, getting over an ex isn't a matter of getting under someone else — it's a matter of time.

Everyone's timeline is different. "The general rule is that it takes half the amount of time you were with them to feel truly over the relationship," intuitive dating coach Diana Dorell previously told Elite Daily. "But every relationship is different." Signs who pine over their exes the longest tend to be those who prefer stability to spontaneity, as well as those who want a longterm thing, not a hot-and-heavy fling. If you're one of these zodiac signs, you're more likely to spend time scrolling through an ex's Instagram than through matches on a dating app.

The bulls of the zodiac may be totally stubborn, but they're also secret romantics who tend to fall head-over-heels. While Taureans value their me-time, they also like their routines, and once they settle into a routine with a partner, it's hard for them to imagine going solo after that. It might not even be the ex that a Taurus misses — it may be the stability and security that ex was able to provide them. This earth sign likes to feel comfortable, and the familiarity of their ex will likely appeal to them, even if the person no longer does.

If Rose from Titanic was a Cancer, then she'd still be holding on to Jack's hand right now, because Cancers don't know how to let go. Why move on when you can mope, regress, and reread old text conversations instead? These nostalgic softies spend far more time revisiting the past than living in the present or imagining the future, and they often look at that past through rose-colored glasses. Even if a relationship ended for a good reason, this water sign would still cling to it — and their feelings for their ex — long after it ends.

Virgos are very sensible folks, so you might be surprised to see them here. But just like their fellow earth sign Taurus, Virgos thrive on routine and predictability. They desire a relationship that lasts, and since those born under this sign are usually shy, beginning a new relationship is no small task. This earth sign can't get comfortable with just anyone, so when they make a connection, it's usually a meaningful one. Virgos also tend to invest a lot into their relationships, so when it ends, they don't just want their ex back — they want to see a return on their investment.

Just like Taureans, Libras are hopeless romantics ruled by Venus. Known for being indecisive and eager to please, this air sign is unlikely to ever initiate a breakup and very likely to mourn one long after it's over. It doesn't matter how badly that ex may have hurt them — Libras are incredibly understanding individuals who can forgive and forget just about anything. Of course, what they won't forget is how much they loved (and maybe still love) their ex. Those born under this sign are idealists, and they'll carry a torch for their ex until someone else finally catches their eye.

Getting over an ex isn't a race. It may not be productive to hold on forever, but you shouldn't feel rushed to let go. Trust that you'll move on from your ex eventually, and let yourself heal in your own time.

More like this
Here's The Reason You Don't Like Dating Apps, Based On Your Zodiac Sign
By Corinne Sullivan
Travis Barker & Shanna Moakler's Zodiac Signs Help Explain Their Split
By Rachel Shatto
Getting Over Your Anger At An Ex Is Hard, But Not Impossible
By Caroline Colvin
Stay up to date