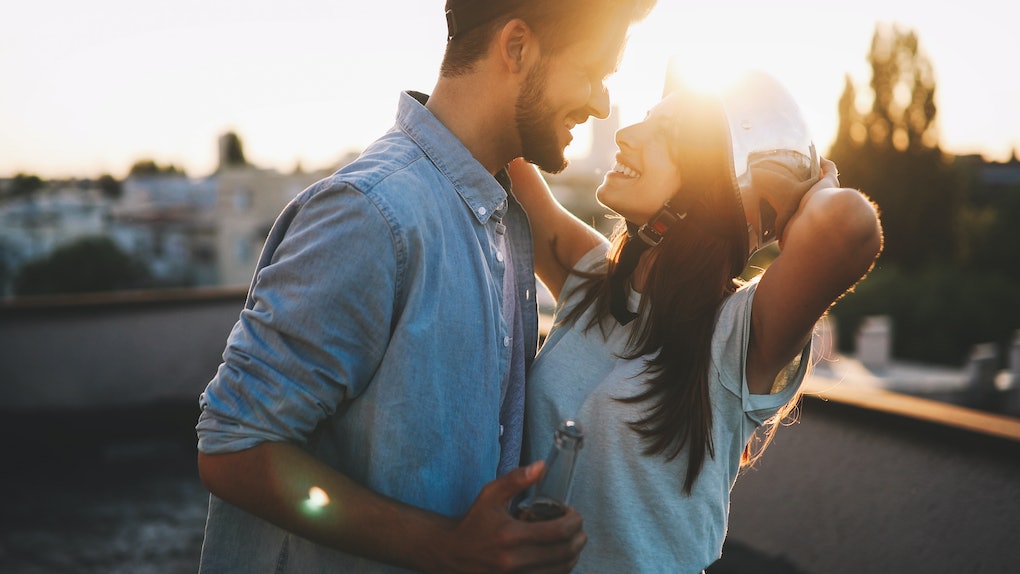 For me, a Scorpio, "almost-relationships" are exhausting, infuriating, and nowhere near as fulfilling as a full-fledged partnership. But that's probably because I'm prone to jealousy and big displays of emotions that make casual dating near impossible. When I'm seeing someone, I want to know where we stand by date three. For other zodiac signs, avoiding commitment is not only instinctual — it's actually desirable. When it comes to zodiac signs that have almost-relationships more often than committed relationships, a few signs come to mind, and no, Scorpio is not one of them. I like to DTR. Sorry, not sorry.

If there's anyone who's down to go with the flow, it's an Aquarius. This air sign is a total free spirit who's much more likely to march to the beat of their own drum than to DTR. They want to do their own thing in their own time, so if someone tries to give them a title before they're ready for it, they may just run for the hills. Water bearers are also very resistant to discussing anything too touchy-feely. If it was up to them, they'd probably delay that pesky "relationship talk" forever and claim they're "hanging out with" rather than "dating" someone.

Geminis have a reputation for being the most indecisive sign of the zodiac, and that wishy-washy attitude is never more apparent than when a Gemini is dating someone. Like Aquarius, Gemini is an air sign and known for being curious and intellectual rather than emotional. Those born under this sign want to explore, and they're usually too fickle to ever commit to anything seriously. As a mutable sign, Geminis crave constant excitement and change. There's something about almost-relationships that are much more interesting to Geminis than traditional, full-fledged relationships, which present way too many constraints on this sign's flighty habits.

Libras are total romantics, so you may be surprised to find them included here. But just like Gemini and Aquarius, Libra is an elusive, restless air sign. As the sign of the scales, Libras take great care to always weigh their options. This sign has even earned a reputation for being resistant to commitment simply because they feel compelled to explore all possible opportunities before making a decision. The only thing consistent about Libras is their inconsistency. If you try to DTR with a Libra, expect a lengthy deliberation process that leaves your relationship in limbo, perhaps even indefinitely.

This earth sign is practical, rational, and organized as can be, which might make you think they prefer defined relationships to ambiguous ones. Of course, because Capricorns are so careful, they make every decision slowly and methodically, and that includes romantic decisions as well. Don't expect a Capricorn to fall head over heels or — even more unlikely — talking about those feelings everyone is always going on about. Work is their main priority, not romance, and it's likely that an almost-relationship will put less of a strain on their very busy schedule than a committed relationship. Honestly, who has time for all that?

I'm not saying these zodiac signs never DTR. But when it comes to those who want to know where they stand and those who would rather chill than commit, these four are more likely to be drawn to the latter option. You do you, friends.