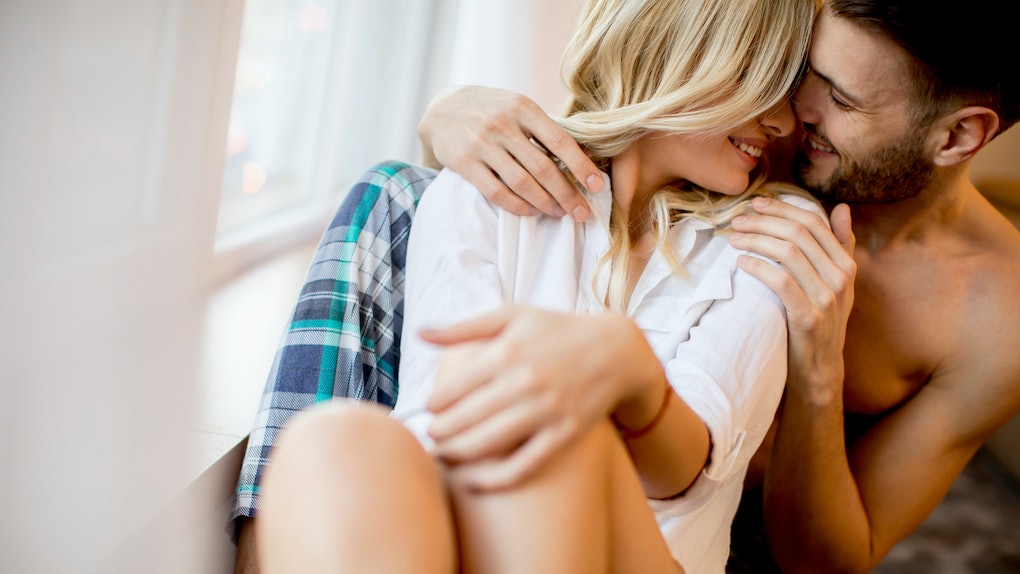 4 Zodiac Signs Most Enthusiastic About Sex, Because Scorpios Aren't The Only Sign DTF

If you recently found yourself going down the internet's zodiac rabbit hole, you've probably heard a little rumor about Scorpios. They're super intense, brooding, and apparently, really good in the sack. And hey, there may be some truth to that hearsay: In my experience, Scorpios do love sex (and they're pretty good at it). However, while Scorpios may be the most psyched about sex, they certainly aren't the only ones that love to get down. As for the other zodiac signs most enthusiastic about sex, sit tight because you're about to be hella surprised. But remember, reality isn't definitively written in the stars, and anyone can love sex, regardless of their sign.

Communication, attention to detail, honesty, and consent play huge roles when it comes to having amazing sex. The following signs are particularly passionate about getting down, good at communicating with partners, and enjoy learning new techniques. They're also not afraid to speak up about what they want in bed because they know that's the key to developing sexual chemistry. Not only do these signs love sex, but they also aim to be really good at it. These folks want to learn about what their partners like and show them a good time.

So, if you're one of the following signs, it could explain why your sex life is so fire (pun intended).

Libras are the queens of glamour. They love anything that pleasures them so, of course, sex is way up there on their priority list. Libras know how to charm the hell out of friends and lovers alike. If this sign is into you, they will definitely make it known.

Though they love sex and aren't shy about pursuing someone, Libras are relatively non-confrontational. If you are interested in a Libra, don't be afraid to make your intentions clear. Libras will flirt with you forever without making a move, and they'll gladly allow you to take charge.

Pisceans get a bad rap for being sensitive. That's certainly not false, but what's so bad about being sensitive? Nothing, especially when it comes to passion. Pisces will meet someone and immediately know the chemistry is there. They are super intuitive and can read what their partners want. Some of the hottest sex of your life could happen with a Pisces. So don't shy away from their intensity — lean into it.

Taureans love to be appreciated. They also crave stability and being worshipped and praised, which is why they are the earth sign that's most enthusiastic in the bedroom (or kitchen counter or couch). When it comes to Taureans, they love the intimacy you can build with another person. Your sex life with a Taurus only gets better as they open up to you. Getting down with a Taurus can be a flash in the pan and a slow burn. So, keep adding songs to your joint sex playlist, because you might be surprised by how long you go at it.

Let me be clear: Anyone can be really into sex and pretty dang good at it. But when it comes to enthusiasm, these signs take the cake. If practice does indeed make perfect, sex with any of these four signs will likely be jaw-dropping, in more ways than one.

More like this
How To End A Fight With Each Zodiac Sign, Because Conflict Is Exhausting
By Roya Backlund
Here’s The Best Sex Position For Your Venus Sign
By Rachel Shatto
Here's The Reason You Don't Like Dating Apps, Based On Your Zodiac Sign
By Corinne Sullivan
Stay up to date