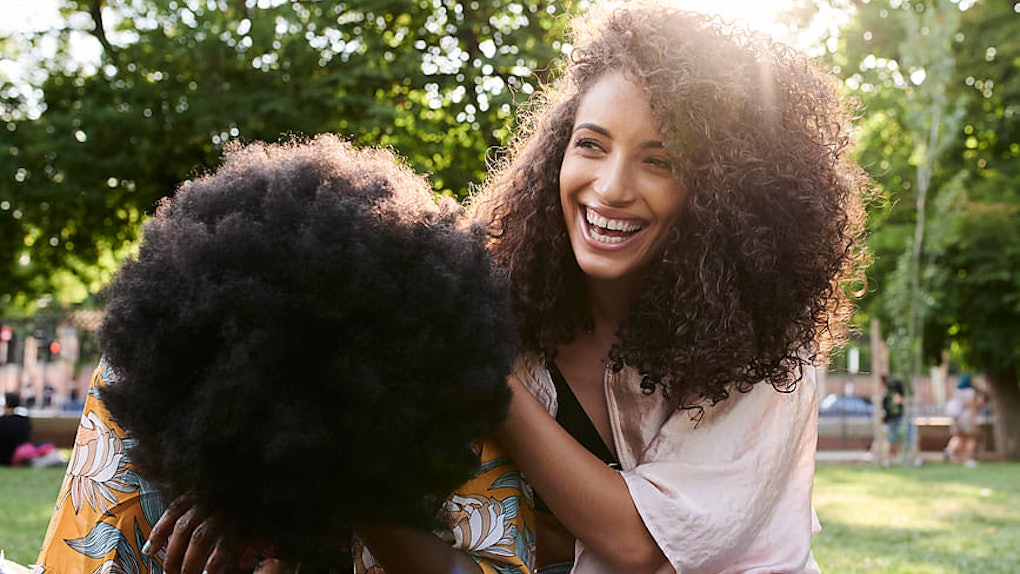 4 Zodiac Sign Pairings That Have The Best Conversations In Relationships

Romantic chemistry looks different for everyone, but good conversation makes for a pretty strong indication that you're vibing with someone cute. After all, when flirty banter blossoms into intense, late-night conversations, there's a good chance you'll start thinking, "OK, there could be something here." The same principle can apply when you bring star signs into the mix. The zodiac sign pairings that have the best conversations are the astrological duos that just click.

These are the couples who started out as friends of a friend, met at party, and hit it off so well they got kicked out of the bar at the end of the night. These are the signs who probably became a couple because one of them left a comment on the other's Instagram photo, and they couldn't stop talking after they slid into each other's DMs. From heated but sexy intellectual debates, to bonding over life philosophies, to the latest celebrity gossip, the signs in these pairings finally have someone who also won't shut up about their passions. Nothing beats that.

So, without further adieu, here are the four zodiac sign pairings that just can't stop talking to each other about anything and everything under the sun.

While Virgos have a reputation for being straight-laced, and Aquarians are more free-spirited, these two signs actually have a lot in common — and a lot to discuss. Virgos are hard workers who love to celebrate all forms of innovation. Aquarians are forever interested in making the world a better place, especially through social justice activism. Together, a Virgo and an Aquarius would geek out over this year's Apple event, or trade think pieces about the latest political scandal. This couple's ideal late-night hang-out session would be "conspiracy theories and chill."

There are no bigger champions of "doing it for the aesthetic" than Libras and Leos. That being said, a Libra-Leo duo could talk forever about style, music, movies, and architecture. A Libra would gas their Leo partner's taste in film, and pick their brain about who's going to take the Palme d'Or at Cannes this year. On the flip side, a Leo would appreciate a Libra's fashion sense and engage them in a conversation about the history of whichever timeless designer they're rocking. A trip to the museum would be an ideal date for these two: They could literally spend hours pouring over every piece's plaque and unpacking all the gorgeous art they're looking at.

Like Virgo and Aquarius, Capricorn and Sag might seem like an odd pair. Sagittarians tend to be the rebel of the zodiac, and all they care about is the next trip they have booked. Capricorns, on the other hand, tend to be more concerned with their scheming on the corporate ladder. They like to play it safe and can come off as a bit of a square. That being said, both signs are deep thinkers who like to learn. Caps and Sags would get into spirited debate about religion or sociology, and would respect (and be a bit turned on by) how the other could hold their rhetorical own. Once coupled up, they'd bounce ideas about philosophy and academia off of each other like two peas in a pod.

Are there two signs who love being cozy and getting pampered more than Taurus and Cancer? Nope! A Taurus-Cancer couple would be dangerously compatible because they would be content with ordering food, marathoning The Great British Bake Off while wearing face masks, and never leaving the house again. As far as conversations go, this duo would talk each other's ears off about cooking, mental health, online shopping, skin care, and work-life balance. Bonus points for the Taurus/Cancer couple that's moving in together, and will surely wreck their local Williams-Sonoma or IKEA after discussing their home-inspo Pinterest board at length for months.

Whether it's philosophy, politics, "your best life" as a concept, or this year's Oscar bait, these four zodiac pairings will always have a willing conversationalist in their partner.