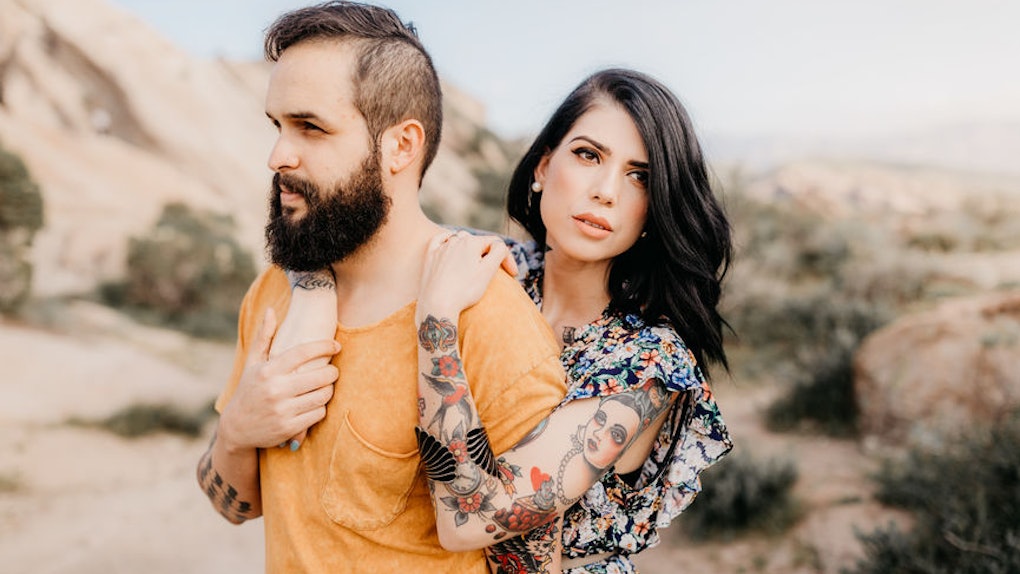 4 Red Flags Your Partner Might Not Want To Get Married, So You’re On The Same Page

Although it's totally possible to be in a loving long-term relationship with no intention of tying the knot in the future, for some people, walking down the aisle (at some point) is non-negotiable. Even if you know you want to get married, depending on how long you've been dating someone, communicating this may feel a bit intense. This can be especially true if you've noticed any red flags your partner might not want to get married.

It's important to know if you're on the same page about marriage before devoting too much time to a relationship that doesn't have the potential you thought it did, or to a partner who doesn't want the same things as you. I spoke to prominent LA-based relationship therapist Dr. Gary Brown to find out more about the signs your partner may not be open to marriage. According to Dr. Brown, the warning signs are surprisingly straightforward, and if you notice them, it's definitely a good idea to speak up as soon as possible. "Obviously if your relationship is brand new, that is something else, but if it has been a monogamous relationship for a long period of time, then any of the following signs could very well mean they are not interested in marriage," Dr. Brown tells Elite Daily.

1. They're not comfortable talking about a future with you.

If you and your partner have talked about what you'd like a future together to look like, then you're probably on the right track! However, according to Dr. Brown, if your SO is reluctant to talk about your long-term plans as a couple, this is a big sign that they might not want to make such a weighty commitment.

2. They don't want to spend time with, or even meet, your family.

Although it isn't always easy, embracing each other's families is usually a sign that someone sees long-term potential in the future. But, if they aren't willing to meet or spend time with your family — this could be indicative of a bigger hesitance to make such a weighty commitment.

3. They don't make you a priority.

If your partner can't seem to make you feel like a priority in their life, even after you've communicated that you feel like an after thought, then it's probably time to start another dialogue about your concerns.

"At some point when it hits you that your partner may not be interested in marriage, I simply recommend that you start a conversation and share with them what you are noticing that indicates they may not want to get married," recommends Dr. Brown.

4. They've never brought up marriage or they speak badly about it.

Another signal that your SO isn't too keen on the idea of putting a ring on it is that they avoid talking about marriage in any capacity — or they talk about it in a way that makes it clear they think it's a bad idea. If this is the case, Dr. Brown recommends avoiding harsh judgments.

"You want to be as non-judgmental as possible when having this conversation," says Dr. Brown. "They may likely feel defensive if this turns into what they perceive as an interrogation or being backed into a corner."

Ultimately, long-term relationships are almost always going to require some type of compromise. However, it's also important to realize that some things are inherently deal breakers and only you and your partner can decide what you are and are not willing to sacrifice to keep the relationship going. Either way, the first step to getting clarity is starting an open and non-judgmental dialogue, seeing how your partner reacts, and going from there.

More like this
18 Celebrity Couples Who Got Married In Secret
By Corinne Sullivan
When Are Ariana Grande & Dalton Gomez Getting Married? Here's The Reported Tea
By Corinne Sullivan
19 Cute “Good Morning” Texts To Send Your Partner Every Day & Put A Smile On Their Face
By Christy Piña
Stay up to date