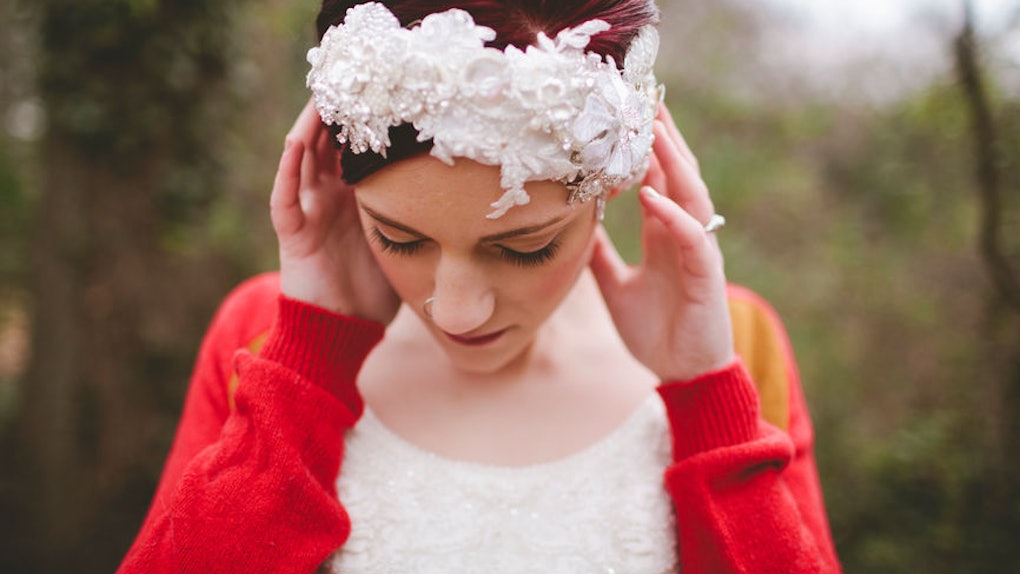 I've never been engaged, but there have definitely been times where I've ignored red flags and stayed in relationships for too long. I did it because either I thought the person would change (spoiler alert: they didn't), or because I thought the immediate pain of breaking things off would be worse than the long-term pain of staying with the wrong person. (Spoiler alert: It wasn't.) As it turns out, I'm not the only one who's felt this way. When a Redditor asked divorced folks if they ignored any red flags before getting married, the answer was a resounding "Yup."

Clearly, marriage didn't work out for them, but there is an upside. Them choosing to share their painful stories makes it possible for us to learn important lessons about why you shouldn't ignore red flags before you walk down the aisle.

While some of these stories may be hard to read, they often have happy endings, including people finally realizing they should have heeded the warning signs to begin with. Some eventually moved on and found better and healthier love with someone else. That's an important lesson, too. There is always someone else out there who wants to give you the love you deserve. So, with that being said, here some of the red flags these now-divorced people chose not to pay attention to before getting engaged.

They were warned about their ex.

Before we got married, his mom said "If you ever get divorced, we will know it was because of him and not you." Huge red flag, and all I thought was "Wow, what a mean thing to say about your own.

Was told point blank by her friends father she was severally emotionally unstable and he knew her since she was a toddler, and if I were to marry her it'd be a massive mistake. Yeah, I actually ignored that one.

Their ex was dishonest.

He was a pathological liar. The first thing he said to me was a lie - his age. He said he was 21 when he was 23, no big deal. But it was a pattern.

He lied about everything. Big things, important things but also small insignificant things. There was no rhyme or reason to what he would lie about, except given the choice he would always pick lying before telling the truth.

At first I minimized it. I was inexperienced and 19, I didn't appreciate how big of an issue this was with him. By the time I realized it was an honest to god problem we were married and had babies. I convinced myself that he would never lie to me. It was also around this time I realized that he not only lied, but he also liked to work around rules - get one over on the man as it were. Little things like not paying to hike in a national park when it was on the honor system. Big things like ..... well, things that may be technically illegal but everybody does it.

I was a fool. As time went on I would catch his lies but I would ignore it. No point in calling him out as he would deny to his death that he would ever lie about anything, ever.

Finally, after wasting 24 years married and 27 years total with him he left me for another woman. He told me he was working late. He told me he loved me. It was all a lie.

Do not commit to a liar. It is not a good life when you cannot believe a word out of your SO's mouth.

They were incompatible from the start.

We were best friends with little bedroom chemistry.

I enjoyed my time away from him more than time with him. I would get super depressed when i knew he was going to be home from work soon. I brushed it off as being "antisocial" or "independent". But now I'm with someone who I'm still excited to see every single day after 7 years and I'm still antisocial and independent.

Their ex was unkind.

She wasn't mean, she was "honest".

That he made me cry more than anyone else.

She was not kind to people she felt were beneath her- waitresses, housekeeping, mechanics, etc. But she was very very beautiful so I didnt think as much about it as I should. Marry someone because they are kind, not because they are beautiful.

There were issues with their ex's character.

He got fired from two jobs for stealing things (I gave him the benefit of the doubt), I caught him in several lies (including the stories about how he lost his jobs), and his sister showed up one day telling me to wait to get married. I was so emotionally drained from some things going on in my own family that I ignored it all and got married anyway. I wanted to create a perfect marriage and life! Seventeen years later (yes, SEVENTEEN) I am finally free, happier than I’ve ever been, enjoying being single, and excited for what’s to come. Advice: listen to those little voices in your head that tell you it’s not quite right...and you can’t change people.

I married a 35 year old man who was still living with his parents. I thought, "Oh, what a sweet son, who values closeness with his family." Nope. He was a lazy, co-dependent man-child who spent all his money on food, beer, and video games.

He never stood up for me in front of anyone. Family, friends, randos, never.

His domineering, needy family, and how he enabled them.

Their ex had a bad temper.

Once, about a month after we moved in together, he got angry and he got REALLY dark and even somewhat scary. I dismissed it as an aberration, a one-time thing that didn’t reflect how he “really” was. Big, big mistake. My gut told me he was a good guy, but apparently my gut was broken.

She became overwhelmed by even the tiniest setbacks. Someone said something marginally rude to her at work and she had to take the rest of the shift off because she was fuming so much, for example. Turns out she was that way with everything.

There were problems in their ex's previous relationships.

He told me he was abusive to his ex. “But he’s not like that anymore” RUN. Even his mom warned me of his past behavior.

She’s was very controlling and jealous with her previous boyfriends.

There was a history of infidelity.

During a discussion, she commented on how a couple years prior she slept with a guy that she really liked. The timing seemed wrong, since I knew she was dating another guy around that same time. When I asked if she had broken up with the one guy before she slept with the other, her response was "In my mind I had." History repeated itself.

My wife cheated on every single long term partner she ever had. She cheated on her first boyfriend with his brother. And looking back now, she would talk about it almost as if she was proud of it... as if she thought they deserved it. Plot twist: she cheated on me as well.

Yikes, some of these were hard to read. But as someone who's been through more situations similar to these than I'd like to admit, there is a quote by Maya Angelou that I pretty much live by when it comes to relationships, both romantic and even in friendships: "When someone shows you who they are, believe them the first time."

In other words, if someone treats you poorly, don’t let them continue to do so by convincing you that’s not who they are. It may feel hard to be so cut-and-dry, but it's a form of radical self-care, and part of finding the right person (or people) to share your life with is to cut out anyone who is toxic or throwing up those red flags. You deserve nothing less.