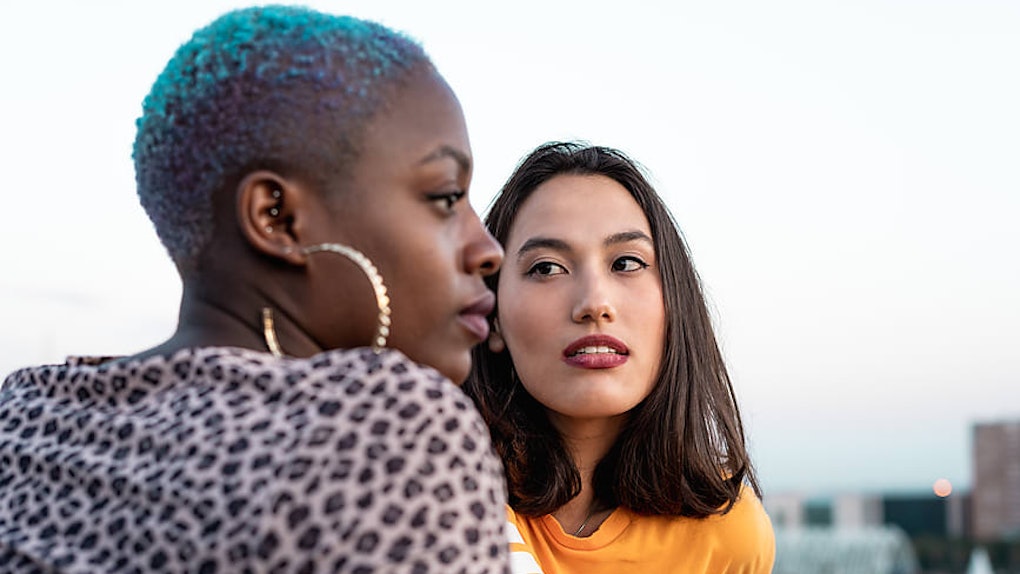 4 Dating Behaviors That Mean Someone Is Healing From Heartbreak, So Try To Be Patient

Unfortunately, there's still no magic pill that makes the process of getting over heartbreak any easier. But, because it is easier than ever to jump into a new relationship, it's helpful to be able to identify the dating behaviors that mean someone is healing from heartbreak —because the last thing anyone wants is to fall for someone who's emotionally unavailable. Now, don't get it twisted: Just because someone is fresh out of a relationship, doesn't mean they're not ready to move on. But if they aren't, it's helpful to know what to look out for.

According to Elle Huerta, CEO and founder of the heartbreak recovery app Mend, there's no "right" amount of time for someone to wait before starting to date again. It truly depends on the individual. Nevertheless, "It's helpful to have time after a breakup to redefine a sense of self, outside of a relationship, and that timeframe varies for everyone," Huerta previously told Elite Daily. "There's no magic formula for knowing when [someone is fully] ready."

If you've recently connected with someone new, but you've noticed the following signs they're still reflecting on an ex, it might be helpful to have a conversation. Although there's nothing wrong with dating someone who's fresh off a breakup, they might not be ready for the same things you are if they're still healing from past relationship wounds. That's why it's important to set set realistic expectations, and be open and honest about what you both want.

1. They're Triggered By Memories Of Their Ex.

"If someone recently ended a relationship, the person might be constantly reminded of good times together — or bad," sex and intimacy coach Irene Fehr previously told Elite Daily. "It might feel like everything is a trigger to some memory. They might bring it up or you might feel them drifting away and getting lost in the memory." It's important to realize that there's a difference between someone who's still healing and someone who's not over their ex. Fehr notes that this type of behavior could be a sign that they're still struggling to move on from a relationship.

2. They Aren't Ready To Commit.

When it comes to dealing with heartbreak, everyone has a different way of coping. For some, dating casually is as much involvement as they can handle until they've fully recovered. So, if they've been honest about not wanting to rush into a serious relationship, it's important to respect their boundaries. On the other hand, if you're ready for something more serious, it's up to you to decide how long you're willing to wait for them.

3. They Regularly Talk About Their Ex Or Their Breakup.

It's normal for past relationships to come up in conversation now and then. However, when it becomes a regular occurrence, it could mean their ex is still at the forefront of their mind. "If they talk about their ex often, bring up their ex in conversation, or get emotional about their ex," they might still be attached, Trina Leckie, host of the breakup BOOST podcast, previously told Elite Daily.

4. They Still Have Mementos From Past Relationships.

Deciding how to deal with the physical mementos of a past relationship can be a very personal choice. That said, if your partner still has relics from their past out in the open, like framed photos or a favorite sweater, they might still need time to fully cut the cord. Dating coach Diana Dorell previously told Elite Daily the healthiest way to deal with things that remind you of an ex is to get rid of them. If the person you're dating hasn't done that yet, take note.

Getting over a relationship that didn't work out is far from easy. If someone you're dating is still in the process of moving forward, patience is key. However, in the end, only you can decide whether you want to play an active role in their healing process, or if you'd prefer to date someone who's ready for the type of relationship you're looking for.