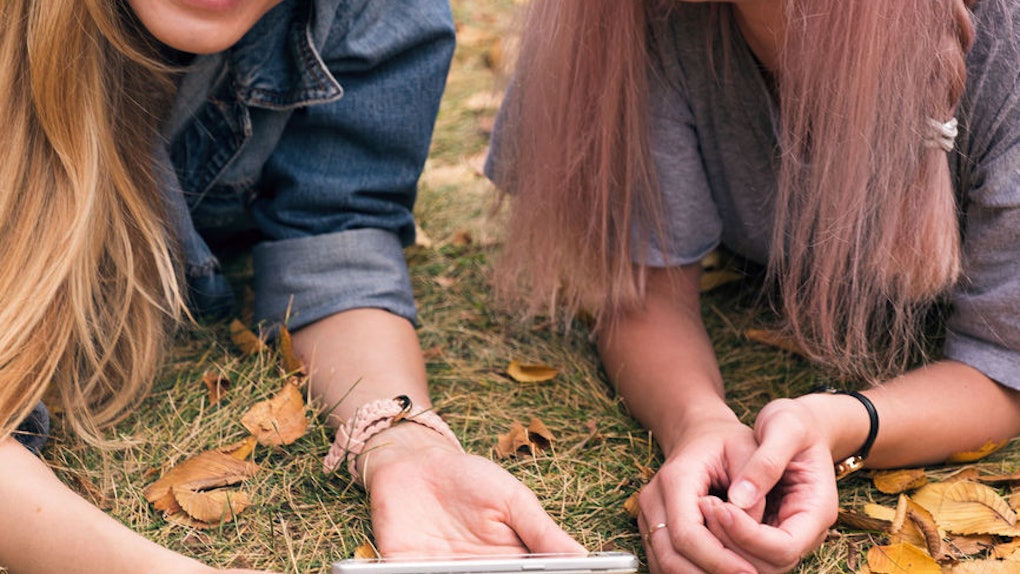 When it comes to dating, “rules” are a somewhat controversial notion. While some believe that setting — and sticking to — a certain code of conduct can make you more likely to find romantic happiness, others believe that rules simply don’t apply when it comes to love, because love is not a game. However, we are now in the age of digital dating platforms, which present some unique opportunities and challenges. In fact, setting some dating app ground rules may very well prove helpful in terms of getting what you want out of them. Instead of blindly swiping left and right, you can start making smarter decisions that bring you one step closer to your potential boo.

Dating apps open up a whole new world of potential partners — they provide a way to meet people right outside your door, who you otherwise might not cross paths with if you left it up to chance. Not only that, but unlike meeting people IRL, you get the benefit of assessing whether you have anything in common with your match before even striking up a conversation, as you're privy to information on their profile. That said, there are can be certain difficulties to digital dating. Evaluating your chemistry and compatibility as well as the other person’s character can be challenging when you can’t take body language and tone of voice into account through your communication. Additionally, just as in real life, people can be on dating apps for a range of reasons, and figuring out what your matches are looking for isn’t always easy.

Pricilla Martinez, an online life coach at Blush, says setting ground rules revolving around safety is a must. “Before a date, it may be a good idea to share a screenshot of your date’s profile page with a friend,” she says. “If you can, also send them the license plate and phone number for your date.”

By establishing some pre-semester ground rules for your swiping needs, you can start making smarter decisions that bring you one step closer to your potential boo. And what better way to set said guidelines than to make a pact with your BFFs? You’ll probably be more likely to stick by your dating app rules if you establish them together. Here are a few tips that could prove helpful in ensuring more successful swiping.

The reality is, whether you meet someone on a dating app or IRL, you can never assume that someone is seeking out the same thing. A 2017 survey found that 84 percent of dating app users are using online services to look for a romantic relationship, while 24 percent have used these apps explicitly for sexual encounters. Meanwhile, a 2017 study of over 9,000 millennials found that a whopping 44 percent of people use Tinder merely for “confidence-boosting procrastination.” So, what’s a Tinderella to do? The best way to get a sense of whether you and your match have the same intentions on an app is to just ask.

“I personally feel that all daters should start conversations with ‘What do you want from this relationship and dating experience?’" and ‘Are you having sex with other people?’ says Kat Stewart, psychotherapist and dating coach at Modern Therapy Seattle. “But I recognize I am very progressive.”

There’s nothing wrong with being upfront about what you want — it can help to prevent you from wasting time with someone who isn’t looking for the same thing, thus protecting you from a world of hurt. To boot, asking what someone wants out of their dating apps makes you seem confident AF — and let’s be honest, confidence is sexy.

Meet IRL sooner rather than later.

Real talk: If you’re on dating apps, you’re probably not just looking for a pen pal. It can be very easy, however, to fall into the trap of incessant messaging that leads nowhere. That’s why it’s a great idea to instill a rule that you’ll take things offline by a certain point in your connection. Devise a deadline for when you’ll propose meeting IRL, whether that’s after five back-and-forth exchanges, or after you’ve exchanged numbers.

There are several advantages to adhering to this rule. For one, you’ll find out a lot quicker whether there’s romantic potential because you learn a lot more about a person as well as your compatibility with them when you interact face to fact. On top of that, you can rule out people who aren’t willing to put in the effort. If your match isn’t as eager to meet up as you are, you can probably assume that they’re either not feeling it or not interested in pursuing the same kind of relationship as you. Either way, you want to weed these people out as soon as you can, because doing so will get you one step closer to finding “the one.”

Need more inspiration to schedule a date? One 2017 study by researchers at the University of Kansas found that people actually rate their dates as more attractive after meeting them IRL. So if you’re a little lukewarm about someone or can’t figure out if you have any chemistry in your digital interactions, meeting them in person may be just what you need to see the sparks fly.

Swipe fatigue is so real. When you feel like you have an endless sea of possible romantic connections at your fingertips, it’s difficult to know when to stop. In a 2000 experiment, researchers found that grocery shoppers were far more likely to make a purchase when they were presented with only six jam options as opposed to 24 or 30 options. Now apply that to the dating world. How can you possibly decide to give someone a chance when you feel like you have limitless choices?

To keep from getting trapped in this endless swiping cycle, set a daily limit for yourself on either how much time you can spend swiping or how many people you can swipe right on. You may also want to limit the number of people you can go on dates with at once. There are several perks to this: you can avoid spending too much precious time swiping, you’re forced to focus on finding more meaningful matches, and you can make it a whole lot easier to decide whether or not someone is worth meeting up with.

Resist the temptation to ghost.

Ah, ghosting. Many of us have been victims, and some of us are guilty of the habit ourselves. In fact, an Elle.com survey revealed that half of people have experience with this phenomenon (whether as the ghostee or ghoster). Disappearing on someone isn’t just rude, it’s also unnecessary. It takes less than a minute to shoot someone a message saying you’re not feeling it (or whatever your reason is for not taking things further). So why not make a rule that you’ll give someone that courtesy?

It’s one thing if your conversation mutually cools off and neither of you make the effort to keep it going. Ignoring someone who is clearly trying to continue pursuing something with you, though, is a straight up ghosting. Whether you’ve only taken things to text or already met your match in real life, offering an explanation for why you’re not interested in going any further is a sign of respect. A simple “I’ve enjoyed getting to know you, but I don’t see this going anywhere,” or “You seem really cool, but I think we want different things” should suffice. They may not respond favorably (the ego can be an ugly MOFO), but at least you'll know you didn't leave them hanging.

At the end of the day, rules are designed to create order in otherwise potentially chaotic situations — and obviously, the world of digital dating can be pretty darn chaotic.

“Ground rules for dating apps are important to keep yourself safe and focused on what you want,” says Martinez. “You have to set standards for what you’re looking for and speaking with your friends about it can help hold you accountable. If you’re looking for a real relationship, they can talk you out of a hookup.”

Between analyzing profiles and photos, trying to determine if you have anything in common with your matches, and assessing whether they’re looking for a casual hookup or a serious LTR, finding someone with bae-potential definitely isn’t easy. Still, laying down these rules with your besties can certainly help you to avoid some hurt, while bringing you closer to both that date that makes you want to delete your apps altogether and your BFFs.