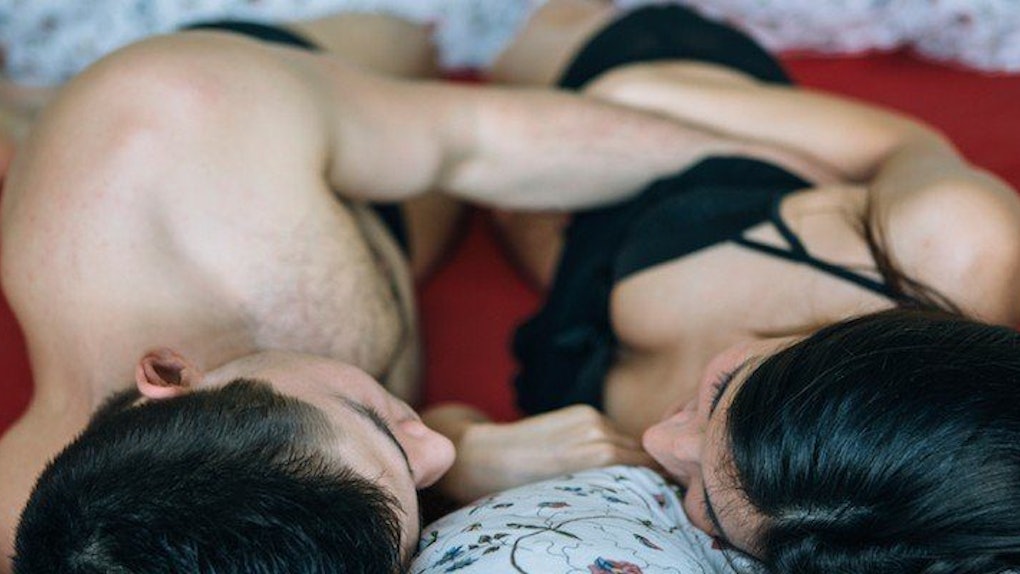 Let me tell you a quick, entertaining ditty about a girl named G and hunky MCM-material guy named D.

She is the prime example of a girl like you and me, who has been stuck in this frustrating cycle of “almost-boyfriends” and who finally converted to a girl with a long-term boyfriend.

Perhaps we could learn a thing or two in exchange for her story.

My friend named G has been dating her now-boyfriend D for an impressive amount of time. I was shocked when she told me how they met, not because it was so genuine and rare, but also because G was supposed to be the girl who is perennially single.

She went on lots of dates, but no dinners. She wanted to find someone special and came close but never took it to the next level.

Miraculously, G and D didn’t meet online or via app or social media at all. They met by chance, in a different city, in an airport, on the same flight back. He was 25A. She was 25B. It was -- I guess what we would now call -- an old-school, romantic way of finding the One.

Guess who’s the new G? You. Now that we got that gag-worthy, f*ck me in the face I’m going to be single forever, love story out of the way (it was really cathartic for me though, ladies!) here’s the takeaway.

G wanted a man in her life and when the authentic man of her dreams came along, she did the important, crucial step and put herself out there for his taking. It’s that last part that we long-term singles ladies need to pay attention to. We have to speak up and say, “I want more than this.”

Dr. Emily Morse of “Sex with Emily” and Bravo TV star agrees. She gives Elite Daily her exclusive, real-talk expert tips on how to finally end this cycle of casual hookups and become a successful, gag-worthy love story like G.

Here are five reasons we’re stuck in the never-ending cycle of almost-boyfriends.

1. There are so many options out there

“With social media, online dating and Tinder, people are thinking they don’t have to commit,” says Dr. Morse. The candidate pool is perceived as endless.

It’s like going to a gorgeous boutique and holding off on buying a dress because you think you’ll find it cheaper elsewhere.

You’re always going to take that chance on finding a better deal. Much like the classic show, "Deal or No Deal," “Tinder has become a game,” adds Dr. Morse.

2. None of your friends have boyfriends either

It’s difficult to be the Friend Who Has A Boyfriend when everyone around you is still single. “You don’t see it. You don’t have the role models for it,” notes Dr. Morse.

You aren’t surrounded by close friends who are also in relationships and therefore aren’t fully in sync with their lifestyles.

3. No one wants to confess how much dating around actually sucks

“People over-glorifiy,” says Dr. Morse. “They’re tweeting about Tinder, and everyone knows what you’re doing and who went with whose date on a Friday night.”

There’s an absence of “and it was terrible” in the Instagram photos and Snapchats. All people want to believe they’re having a great time.

4. Neither men nor women are stepping it up

“Men aren’t taking the masculine role and neither are the women. The women follow suit,” proposes Dr. Morse. “Women put up with it because they don’t want to feel vulnerable by saying, ‘I want more than this.’” We’ve been in this scenario before.

The guy says, “Let’s just keep it casual,” and we don’t want to face their rejection so we go along with it. There are real health concerns to this non-committal behavior, though. “What everyone’s doing is how diseases spread,” cautions Dr. Morse.

5. We’re settling because we don’t think that anything better will come along

We view these men that we’re kind-of-sort-of dating as temporary placeholders for when the real thing does come. “You think there is a bigger, better deal,” adds Dr. Morse.

In most of these situations, we don’t even enjoy hooking up with that particular guy; we just enjoy having someone. “Women report having better sex with a trust partner.

So with a casual hookup, you’re not having the best sex you could be having,” says Dr. Morse.