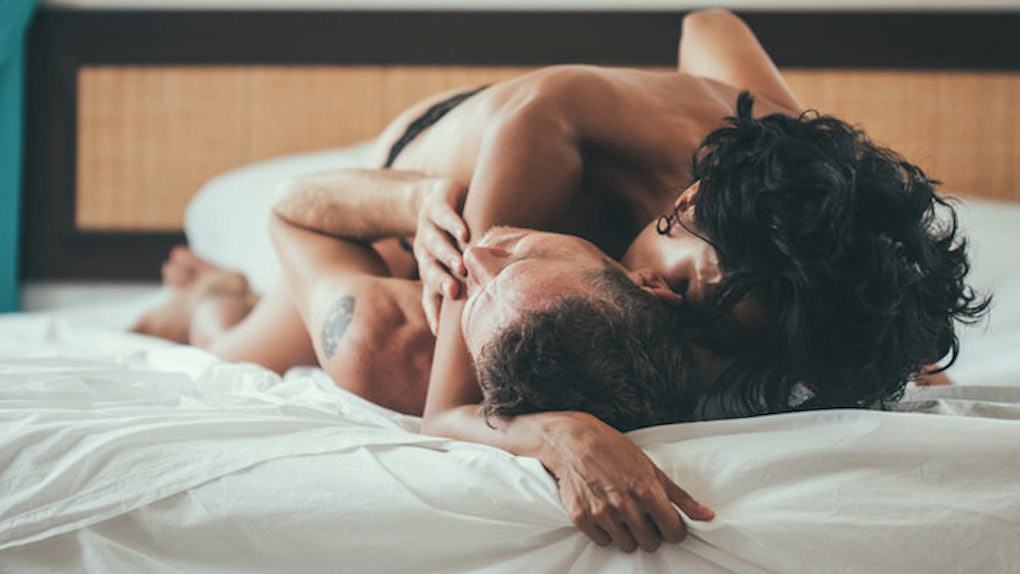 Nobody likes first dates. They’re awkward, usually involve some kind of drink or meal you’d rather not share with a stranger, and there’s always that barking question at the forefront of both your minds: Are we going to have sex later? Sex on the first date may not be the most traditional thing to do, but if you're both ready and excited, it could be the perfect way to cap off a fantastic night.

Even if the chemistry is crackling, you're both clearly attracted to each other, and you know your roommate is out of town for the weekend, deciding to hook up isn't always easy. The values you've been taught about sex can be tough to shake off, especially if you've been raised to believe that sex before the third date, or before you're in an official relationship, or even before you're married is taboo.

If you're feeling conflicted or confused about when to get physical, you're not alone. “Our culture is simultaneously hyper-sexual and sex-negative, and sexual messages are therefore highly contradictory," Dr. Jess O’Reilly, Ph.D. and host of the Mindful Sex video program, previously told Elite Daily. But there are steps you can take to feel more confident in your feelings about sex. "By discussing your concerns, uncertainties, vulnerabilities, and desires more openly with trusted friends or partners, you can address some of these contradictions and embrace a life in which sex plays an overwhelmingly positive role," she said.

The truth is that there's no one "right" time to have sex — as long as you and your partner both enthusiastically consent and you're practicing safe sex (condoms, people!), you're good to go. Ultimately, the only two people with the power to decide if first-date sex is on the menu are you and your date. But if you're still working through your feelings about it, consider these three reasons why sex on the date can be satisfying, sweet, and seriously steamy.

1. Sex on the first date often leads to amazing relationships.

When chemistry is there, it can feel impossible to ignore. According to a 2019 study by IllicitEncounters.com, more than half of women have had sex on the first date. These aren’t totally casual hookups, either: 36% of women and 34% of men say they’ve had meaningful relationships stem from getting steamy on the first date. And even if you two go into the hookup with the intention of never seeing each other again, fate has a funny way of working out. Match’s Singles in America study found in 2016 that 25 percent of relationships began as one-night stands.

2. Hooking up now probably won't turn your partner off.

A 2013 Cosmopolitan poll found that 83 percent of women believe men will think less of a woman who has sex on the first date. But the reality is that the majority of guys — 67 percent of those polled — maintain they absolutely don’t. And that’s a good thing, because it takes two to tango. Anyone who would judge you for sleeping with them is a hypocrite.

Having sex on the first date means you’ll explore each other’s bodies, experience intimacy with someone new, and hopefully, feel amazing. (I’m talking about orgasms, y’all.) But honestly, that’s it — it doesn’t have to mean anything else beyond that. "Doing the deed isn't automatically going to push your partner into starting a relationship, becoming monogamous, proposing to you, or falling in love with you," Vanessa Marin, a licensed sex psychotherapist, previously told Bustle. So, if you hook up, don’t worry that you’re agreeing to start an actual, bonafide relationship with this person if that's not what you want.

There's no one-size-fits-all solution here. The decision to have sex is a personal one, depending on a variety of factors ranging from how well the first date goes to your own comfort level with early-stage hookups. Whatever you decide, trust it's the right choice, and anyone who questions it isn't worth your time.

This article was originally published on Aug. 8, 2014