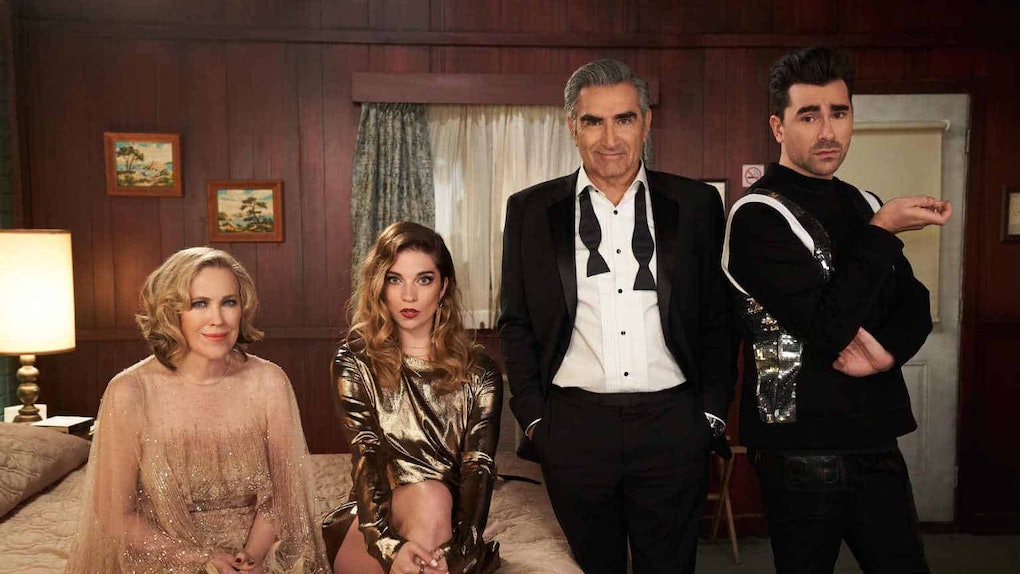 Perhaps you want to channel Alexis Rose's boho-chic style. Maybe you want to take on one of David Rose's high-fashion punk-rock ensembles. Personally, I'd like to try my hand at one of Moira's totally eclectic fashion choices. Whether you're looking to arrange an outfit from items you already own or are willing to invest in some new ones, I've come up with some Schitt's Creek costumes you can put together by Halloween. (My fellow procrastinators and I thank you for your service, Amazon Prime.) I guarantee no one will say, "Ew, David!" if you go with one of these clever couple's costumes.

Want to relive that cringey scene from the Season 1 finale when Ted proposed to Alexis? Here's how to do it (and bonus points if your Ted costume includes a ring box).

David and Patrick finally decided to make their romance official in the first episode of Season 4, and of course, their outfits were totally on-point when they did so. Here's how you can recreate that pivotal moment.

Who can forget when David went missing in the first episode of Season 2 (and, more importantly, when Moira's brown bag went missing along with him)? Here's how you can take on Moira and Johnny's search party ensembles.

I Schitt you not, these costumes are sure to be winners.