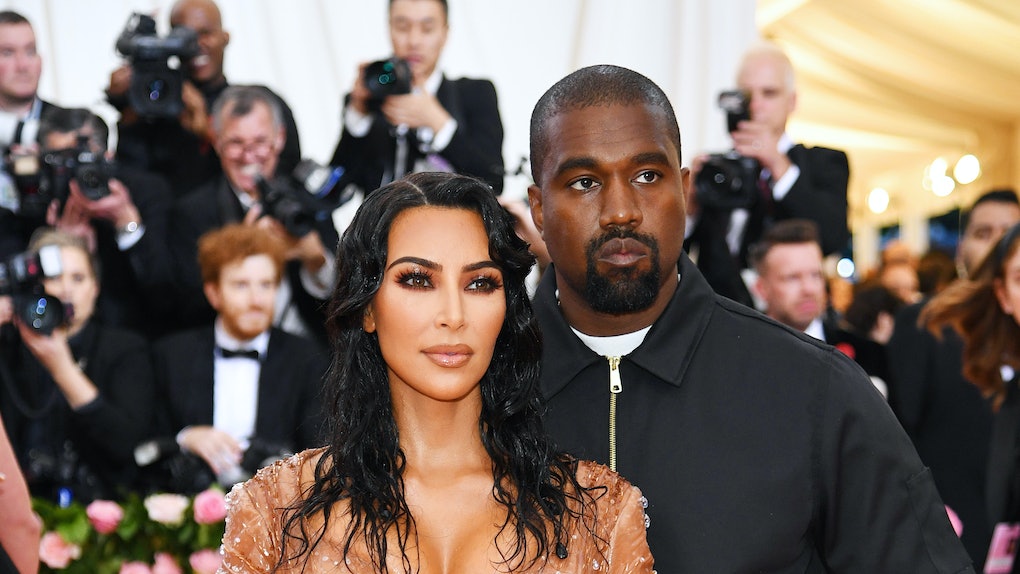 Hear ye, hear ye! The closest thing America will ever have to a royal baby — aka, Kim Kardashian and Kanye West's fourth child — may be on his way into the world! According to E! Online, Kim Kardashian and Kanye West's surrogate has reportedly gone into labor and Twitter is celebrating hardcore. Elite Daily reached out to the Kardashians' team for comment on the report, but did not hear back by the time of publication. Whether you're jumping out of your skin with excitement or totally like, "IDGAF," these tweets about Kim Kardashian's surrogate reportedly going into labor will totally capture all your feelings.

It feels like it was just yesterday when Kim finally confirmed that she was having a fourth baby with Kanye West via surrogate on Watch What Happens LIVE With Andy Cohen, but it was actually only about 4 months ago on Jan. 14. In her interview, she revealed they were having a boy and that she had accidentally let the happy news slip after having one too many drinks at her Christmas Eve party. (Kim clearly needs to take some secret-pregnancy lessons from Kylie Jenner, because she has that whole thing on lock!)

Now that Kimye's fourth child is on his way into the world to join his three older siblings, North, Saint, and Chicago, Twitter has so many feelings.

When it comes to baby-birth excitement, Kardashian babies only come second to actual royal babies (shout out to baby Archie). So, like I said, the Kardashians really are the closest thing we'll ever have to all the fanfare and obsession of royal babies. So it goes without saying that Kardashian fans were super excited on Twitter about Kimye's surrogate going into labor.

Check them out celebrating Kimye's fourth little one who's on his way:

Some fans couldn't help but draw a connection between the Kardashians and the English royals.

Some fans even think momager Kris Jenner may have had a hand in making the Kardashian birth happen so close to the royal baby's birth on May 6. (lol)

But some people were surprised by the news.

I could tell you about seven things that went down in the Kardashians' lives on any given date (like, Kimye's baby No. 4 may share a birthday with Kourtney Kardashian and Kris Jenner's newly debuted wax figures, which could be cool, y'know?), but not everyone has my Kardashian knowledge. So some people took to Twitter to reveal they were shocked to learn Kimye were having a fourth baby at all.

Some fans are just like, "Why are you tweeting about makeup when you're surrogate is in labor?"

I'm going to give Kardashian the benefit of the doubt on this one and guess that she had scheduled this promo shot to go live when she had no clue her surrogate would be in the throes of labor when it posted.

Others just wish that people cared less about the Kardashians.

But it doesn't look like that's ever going to happen.

For example, Kardashian fans are already hypothesizing on what the little one's name is going to be.

Knight West? That has a certain ring to it, doesn't it? I approve!