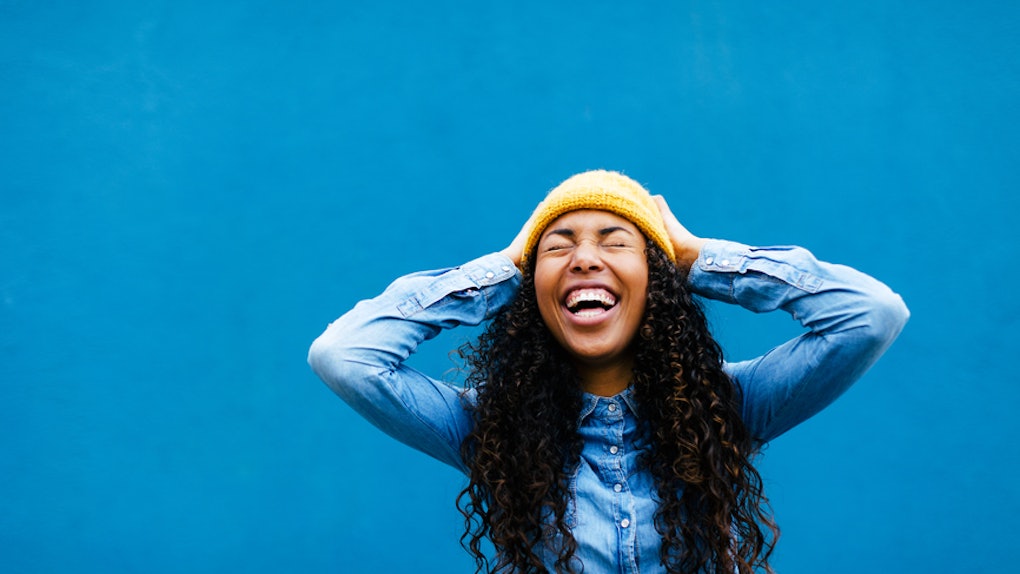 Fun fact: I've never sent nudes. I'm not really proud or ashamed of that fact (more power to you ladies snapping spicy shots!), it's just that taking sexy pictures isn't exactly my forte. April Fool's Day pranks, on the other hand? Those are definitely up my alley. Once, in elementary school, I wore a cast to school and concocted an intricate story about being attacked by a rabid, one-eyed dog named Comet (a story I insisted was true for the entire first week of April). So I can't help you master sexy angles, but silly April Fools' Day sexts? I can definitely assist you in crafting those.

As mentioned, steamy pictures aren't my area of expertise — but that's not because no one's ever asked. I mean, half of my job involves asking strangers to send me gifts on dating apps... which, unfortunately, also means that I spend an inordinate amount of time fielding dirty texts and requests for nudes.

While I usually (well, always) ignore requests from strangers, if I've got a rapport going with a guy and he asks me to ~send pics~, I tend to take a different approach. I just send really ridiculous, goofy pictures instead.

For example, in high school, a guy friend I'd had a semi-fling with asked for nudes and I just sent various pictures of my joints: elbows, knee caps, wrists. Mmm, so sensual! Years later, I sent my then-boyfriend pictures of a bucket of fried chicken after I'd peeled their crispy coating off. Oh, and once after that, I sent shots of my nude-colored Essie nail polish.

Gosh, men are so lucky I grace them with my presence and wit, don't you think? Glad we agree.

If you're looking to be just as silly (and not at all sensual) this April Fool's Day, here are 16 hilarious sexts to send your partner if and when they ask you to send nudes.

If They Hit You With The Classic "Send Nudes" Text

2. Send photos of literally any piece of Renaissance art. (Might I recommend "The Birth of Venus" by Boticelli?)

3. Work those SFW joint angles like I did, girl: head, shoulders, knees, and toes.

4. Hit 'em with this lipstick pic. As we know, nail polish also works.

If They Ask For A Pic Of Your P*ssy

8. Alternatively, send them an image of your favorite member of the Pussycat Dolls. Mine is Nicole Scherzinger, in case you were wondering.

9. Just send this gif and call it a day.

10. Bring that chicken back and send a pictures of those ~breasts~. You can even throw in a few thigh pics, if you're feeling generous.

11. Reply with, "Oh, you mean my t*ts?" and share a link to some lovely, feathered tits chirping away (fun fact, you guys: t*ts are birds).

If They're After A Steamy Shower Pic

12. If you've got Barbies handy, strip a few of those down and throw them in the tub. It'll be like a boudoir photo shoot — but, you know, with plastic dolls in your bathroom.

14. Just send over pictures of your shower head.

For All Other Requests, Just Give One Of These A Go

15. Steal this genius idea and send a picture of the loading sign. ("Oh, it's not working? So weird. Must be you service.")

16. Use what I like to describe as "the Michael Cera technique," wherein you just send pictures of Michael Cera.