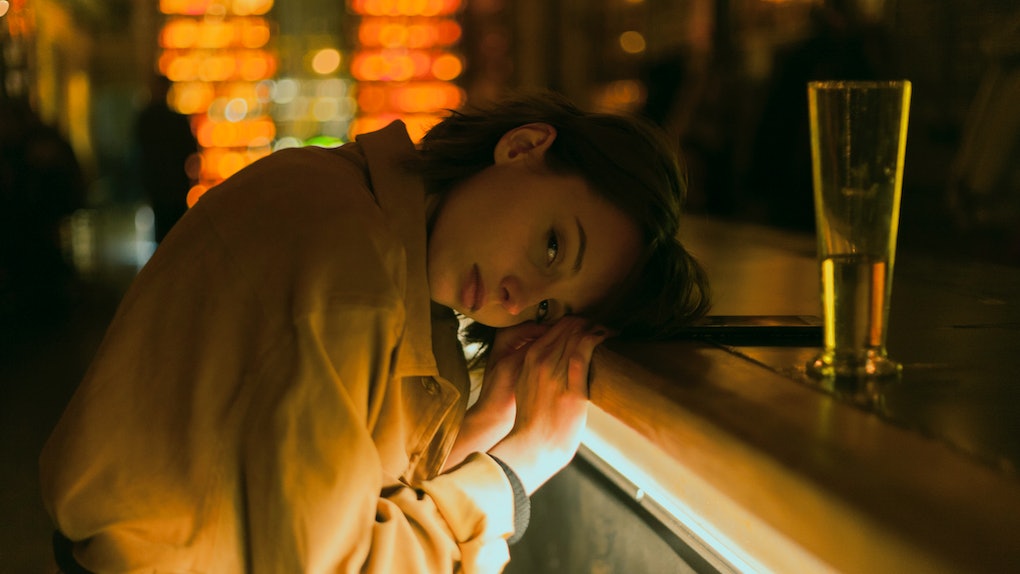 Let's be real: Flirting is not always easy. Whether you make a joke that totally doesn't land or you ask someone out only to learn that they have a partner — making the first move can sometimes be tricky. Of course, when it comes to flirting with someone new, the line between endearingly awkward and full-blown terrible can be dangerous territory to tread. If someone doesn't respect your personal space or if they get, like, uncomfortably sexual two seconds into talking — cringeworthy opening lines can make you never want to leave your house again.

Of course, if you're trying to going out with your friends or even by yourself, you don't need to let anyone crash your plans. If someone is trying to flirt and you're not feeling it, it's always OK to tell them to buzz off. (Do people still say that?) You're obviously a beautiful flawless angel that anyone would be lucky to talk to, but that doesn't mean that just anyone is allowed to talk to you if you're not interested.

I asked 13 women for the most cringeworthy opening lines people have tried on them and, well, I may literally never get over what came next.

I know it's the summer, but you're guaranteed to get a full seven inches tonight.

This guy summoned my over with a finger gesture and then said, 'I made you come with one finger, imagine what I could do with my whole fist!'

When I saw you my heart skipped a beat. Then it pumped blood to my corpora cavernosa, causing my penis to become erect.

If I was an enzyme, I'd be DNA helices so I could unzip your genes.

I was working at a convenience store just off campus from the local college. Some jerk stumbled over from a dorm party one Friday night. He was trying way too hard to drunkenly flirt with me. I told him politely that I had a boyfriend. And he replies, 'Dump the zero and go with the hero, baby.' I couldn't help myself. I laughed and laughed until he turned tail and left. It was so unbearably cringeworthy.

M'lady, I'm sure you're sick of all these boys, so how about you give a man with class a chance?

Once a guy told me, 'Miss, you got a body like a chocolate bar.' I said, 'So, I am flat on both sides.' He looked confused for a minute and said, 'No, chocolate bars can be fat like snickers.' I said, 'Are you calling me fat?' He looked defeated and walked away.

Hey girl, you're like my appendix, I don't know how you work, but this feeling in my stomach makes me wanna take you out.

'Are you an unemployed CEO?' 'No, why?' 'Because you look like you could use some company.'

I was once walking through a park when a cute guy approached me and struck up a conversation. He asked me to salsa dance, which I thought was kind of odd (and I turned down), and asked for my number (which I gave to him). We texted a bit but never met up afterward. Then, a full year later, I was walking through another park 10 minutes away, and the same guy approached me and asked me to salsa dance! I recognized him immediately and called him out on it. He showed me his contact list on his phone: it was full of girls' first names with one-word descriptions ('blonde,' 'redhead,' 'tall') and rankings out of 10 — all girls he picked up in this exact same way. Obviously, I never went out with him after that, either.

I may not be the prettiest girl in here, but I'm the only one talking to you.

From parties to bars, sometimes it feels like cringeworthy opening lines are everywhere. Of course, you deserve to go where you want to go without fighting off any unwanted attention. If someone's trying to flirt and you're not into it — it's always OK to give them a big Thank U, Next. And if they're not getting the message, it's OK to "Next" them without thanking them at all.