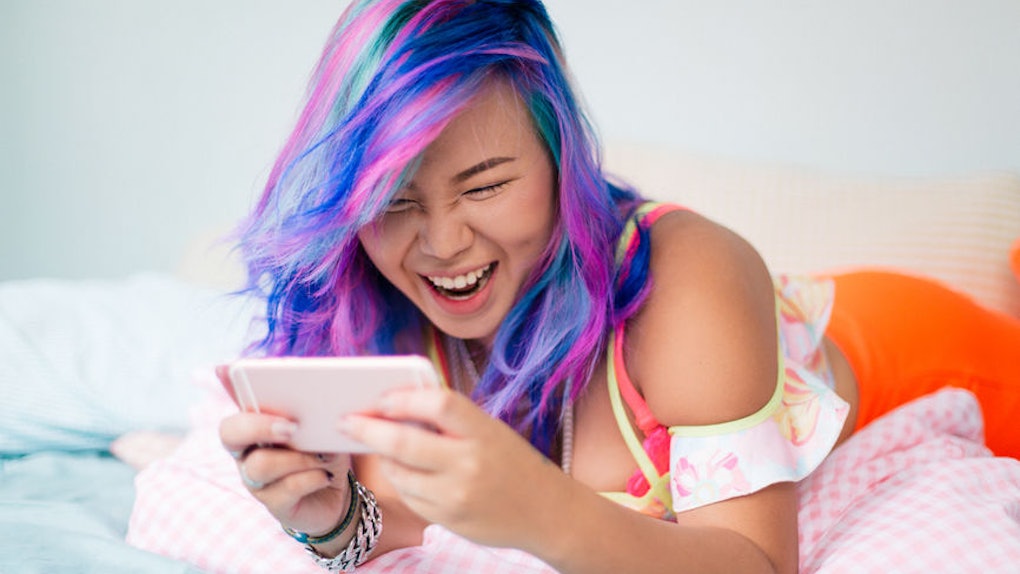 10 Tweets About Getting An IUD That Will Make You Smile

“To each her own.” That about sums up the process of choosing the right birth control method — it truly comes down to a matter of personal preferences, and what works for one person might not for another. But an increasing number of women are seeking out — or at least considering IUDs — and with good reason. These tiny devices are effective, affordable, and also maintenance-free. And a quick glance at the many tweets about getting an IUD will show that there are a plethora of perks to this birth control method, as well as potential pitfalls, of course.

True to its name, the intrauterine device (IUD) is implanted into the uterus, where it emits either copper or the hormone progestin to prevent sperm from reaching the egg and fertilizing it. And this tiny T-shaped rod is one of the most effective birth control methods available. In fact, it’s more than 99 percent effective. So it makes sense that according to AthenaHealth, the number of women who visited their doctor to discuss getting an IUD increased by nearly 19 percent since the fall of 2016. One of the reasons why the IUD is so effective is that there’s no risk of making a mistake, like forgetting to take a pill, or using it incorrectly, like putting a condom on the wrong way. Basically, you can pretty much forget about it and let it do its thing after getting it implanted. It starts working right away, and to boot, it lasts for years (or until you decide to get it removed).

Intrigued? Read on for a little wisdom from 10 Twitter users who know about the pros and cons of IUDs firsthand.

Everyone loves a success story.

An Anniversary Worth Celebrating

And they lived happily ever after.

PSA: no contraceptive is 100 percent effective.

No one said it would be easy.

Where is the lie?

Sperm hardly stands a chance against this savage little device.

You can never be too careful.

It's better to be safe than sorry, right?

"Life changing." That just about says it all.

The struggle is so real.

For every problem, there is a solution.

Remember this when you get sick of hearing your birth control alarm every day.

IUDs obviously aren’t for everyone — but if these tweets prove anything, it's that they do come with a bevy of potential benefits. That doesn't mean they're perfect, however. Is it a painless procedure to get one? Not necessarily. Are there potential side effects that come with getting an IUD? Certainly. Do they help prevent the spread of STDs? No, unfortunately, they do not (that’s where condoms come in). But the IUD can provide a highly effective, convenient, and long-lasting way to practice safe sex. And it can be implanted by your health provider via a pretty quick in-office procedure.

If you’re interested in learning more about IUDs, you can contact your gynecologist, your local Planned Parenthood or another family planning clinic. And of course, if you’ve found another method you prefer, that’s fine, too. You do you, boo. The most important thing? That you’re practicing safe sex, no matter how you choose to do that.