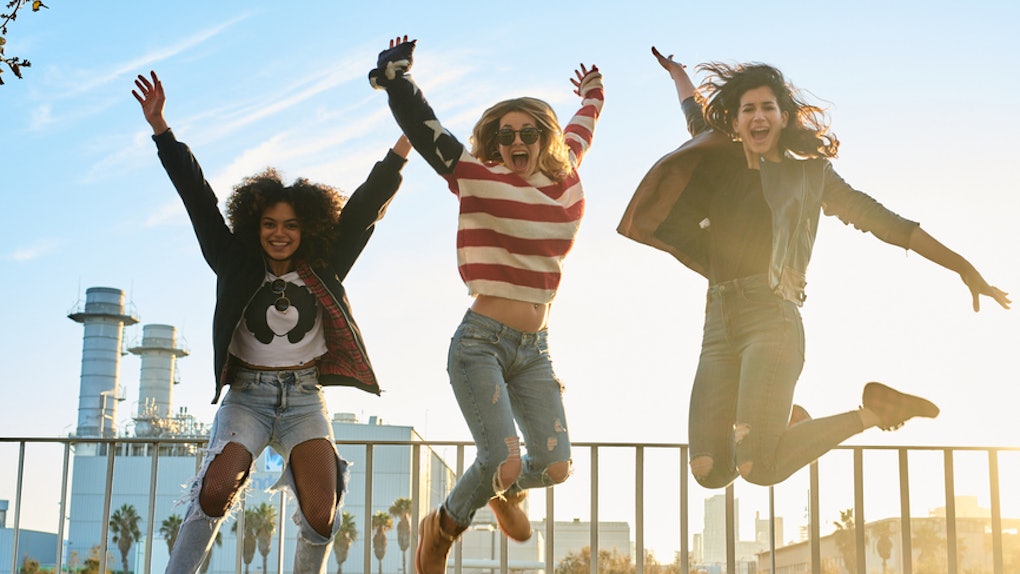 God bless long weekends. It truly is one of the best feelings in the world when you have that extra day of play that you can literally do anything you want with. Although for some of us, we can't go too ham with that third day off because we don't want to blow our budget. Still, that doesn't mean there aren't some fun things to do on a long weekend for free. You could go the whole three days without spending a ton, and still have the most epic long weekend ever with your friends. It's true what they say that money can't buy you happiness — aka, an awesome three day weekend.

You're most likely off from work that extra day, so it's totally understandable if you'd rather use that time to save some money and chill at home rather than drop it on an activity. But, you can go the thrifty route with your three days, and still jam-pack them with some cool plans. That extra day really blesses you with a lot of extra free time, so you can't go wrong with picking any of these 10 activities we put together. We're grateful for long weekends, and we hope you have the most epic one ever without worrying about spending a lot.

Game nights are always fun to plan with a big crew of friends. It's an excuse to get together and just let loose after putting a long week behind you.

If you host, you can make it a potluck and have everyone contribute their favorite dish. You don't even need to own any board games, because you can play interactive games like charades and celebrity for free.

2. Sleep In And Relax

You have an extra weekend day to spare, so there's no need to feel bad about catching up on some serious Z's. Don't even think about setting that alarm, and just sleep in as late as your heart desires. It's your day off, and you deserve to snuggle up and treat yourself.

3. Visit A "Pay What You Wish" Museum

4. Have A Cozy Girls' Night In

Invite your girlfriends over for a chill night in. You need a girls' night every once in awhile to keep you grounded.

Build a blanket fort, catch up on everything that's going on in your lives, and even paint each other's nails. Just being around your favorite crew is fun enough, and you don't need anything else to have an incredible time.

Having a movie night is always fun, but you can spice it up with a specific theme. Maybe it's your favorite rom-coms, movies from the '90s, or the silliest things you can find streaming on Netflix. Whatever it may be, your friends can all get in on the theme by dressing up and bringing snacks.

You have the extra day to really get stuff done around your home that you've been putting off. This could mean crossing off the dreaded task of organizing your closet.

While you're going through it all, you may even find some things you don't wear anymore that you want to donate. You could actually end up making some money during the long weekend by selling old things you want to get rid of.

7. Read That Book You've Been Putting Off

We all have that one juicy book we've been dying to read, but haven't just yet. Even if you don't, there are a ton of books worth checking out. Find some time in your long weekend to just curl up and read at home.

If you don't have the book, don't overlook the library. In the digital age, some of us forget that we have this amazing place where you can rent books and movies for free.

8. Have Fun Outside With Your Squad

You can always head to a park, have a picnic, and play games with your friends. Even if it's snowing outside, why not go sledding or have a snowball fight? It's fun to get some exercise and fresh air outside, but also, it's just always a good time being with your favorite group of people.

9. Catch Up On Shows You've Been Wanting To Watch

There are probably a few shows everyone has been telling you to watch, but you just haven't found the time. Well, now is your chance.

You have an extra day to finally watch the new season of Black Mirror or get caught up on the drama that is going down in Riverdale. I believe TV marathons were invented for the long weekend.

10. Have A Thrifty Baking Party

A baking party is always a yummy plan, but you most likely don't want to go out and drop lots of money at the grocery store. You and your friends can probably find all of the ingredients to make some epic brownies or cookies in your cupboards.

Everyone can bring whatever they end up finding in their kitchens that could be fun to bake with. Let the taste testing begin!