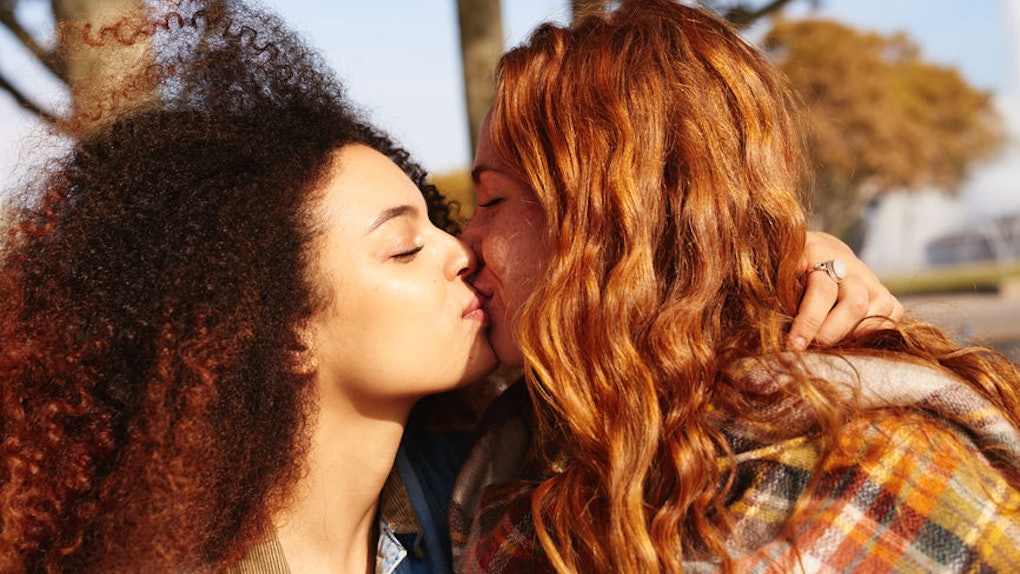 10 Most Romantic Love Songs That Gave You Butterflies In 2018

As a Libra, I might as well have "hopeless romantic" tattooed over my heart. I've always been the kind of person who's reached first for books about 19th-century matchmakers, forbidden love on pirate ships, or supernatural situationships doomed from the start. For me, love songs are the best. They're romance novels tucked into 3-minute-and-46-second nuggets. And 2018 had a bunch of excellent ones. Whether you're three years into your relationship, swiping the nights away on Tinder, or figuring out if you should DTR, there's probably a song for you in this round-up of the best love songs of 2018.

This year came through with romance, in all its forms. You had best friends and newcomers delivering songs about flirtationships — mainly set in the club or parties where guests are slinking around in Gucci. There were the sonic equivalent of "u up?" texts. Odes to self-love mingled with less-than-stellar Saturday nights. Songs about what could be mixed in with songs about all that could have been. Some were rooted in cold hard reality and some were polished up with a little bit of magic.

Coming from pop, R&B, alt-rock, country and the cinematic world, here are 10 songs that are sure to give you butterflies.

1. "Dance to This" by Troye Sivan ft. Ariana Grande

This year was a huge one for Troye Sivan and Ariana Grande. Sivan started the year off right looking (even more) angelic with his platinum blonde 'do. He dropped the electronic masterpiece that is Bloom, got nominated for a Golden Globe, and shared plenty of pics looking cute with his boyfriend, photographer Jacob Bixenman. Grande's year? Well, you know the rest.

"Dance to This" is a stand-out bop for these two pop queens. As soon as it dropped, fans proclaimed it "the bop of the century," and that Grande and Sivan had saved pop music. The video is a treat because we watch them blossom from awkward open mic performers to the charismatic stars we know and love. And even though they're just good friends, there's mad chemistry! Get someone who looks at you the way Sivan looks at Grande.

"Beautiful" is the beautiful product two up-and-coming stars teaming up to make magic. While Cabello isn't technically new, she's still carving out a path of her own as a solo artist. Add Bazzi's silky vocals and some Weeknd-esque beats? You've got yourself a hit.

3. "Come Over" by The Internet

You can't be mad listening to "Come Over." The funky bassline and Steve Lacy's '70s-inspired guitar shredding just make you want to get up and dance. And the video is even more endearing.

Why wouldn't you crack a smile when Syd takes an evening stroll to throw pebbles at her crush's window or cuts band practice because the girl of her dreams walks by? It's puppy love at its finest. You also see the rest of the band with their baes in lovely jewel tones and at peak goofiness. "Come Over" feels good all around.

Yes, you've heard right. The king of soulful sad songs on acoustic guitar is back! It's been four years since Hozier snatched our wigs with "Take Me to Church." And while "NFWMB" — an acronym for "nothing f*cks with my baby" — is on the slower side, you should also secure your wig for it.

When Hozier sings, it's like you're hand-in-hand with him, roaming an Irish moor. He's singing about thunder and trees and flames, and quoting W. B. Yeats. It might not be as bouncy as some of 2018's other love songs, but it's romantic in the most mystical, heartwrenching way.

Never mind the rumors of romance with Tessa Thompson. In her space epic emotion picture (a visual album), Janelle Monáe finds time to dish on the real love of her life: herself. Sure, there are hookup songs like "Screwed." And "Make Me Feel" is a pansexual anthem. But Monáe's self-love will truly give you butterflies.

Even while confessing her insecurities, she oozes confidence. Whether Monáe is in big, silver ombré braids and chromatic eyeshadow or no-makeup makeup in a milky tub, she truly cements her place as a fearless R&B pop goddess.

"Saturday Nights" is a track from his seven-song EP Suncity. It's bops from start to finish, with some twerk-worthy songs like "Better" and "Suncity" as well as softer tunes, like this one.

Khalid's refrain of "All the things that I know / that your parents don't" hits you right in the chest. Although the guitar and circumstances are a bit sad, Khalid's voice is a band-aid for bad days. The song's vibe is, essentially, "Life sucks, but it sucks a little less when I'm next to you." And coming from Khalid? That's A-OK.

"1950" is the kind of earworm that you find yourself humming as you're heading to work or folding laundry. Mikaela Strauss' slightly raspy voice sounds like pencil scratches in a diary. It has a shy and hopeful feeling, and it just gets stuck in your head.

The video feels just the ame. It's filled with washed-out shots of Strauss laying the park, smoking cigarettes, slowdancing with her lover, and singing with glitter on her face and a pencil mustache on her lip.

King Princess got the inspo for the song from the book The Price of Salt (better known in its movie form as Carol with Cate Blanchett and Rooney Mara). Not only does the song reflect Therese and Carol's passion, but it's also a commentary on how queer love is depicted today.

Without giving away too much away, A Star is Born would have already left viewers crying without this song. But having "I'll Never Love Again" as the film's ending note pushed it right into the zone of of ugly-crying and absolutely sobbing. It holds so much weight in the movie, but also IRL because we hear the full power of Lady Gaga's voice.

"I'll Never Love Again" shows the depth of Ally's unconditional love for Jackson. They definitely share the kind of love that doesn't come easy and is golden if you have stumble upon it.

What's a playlist about warm and fuzzy feelings without an acutal song called "Butterflies?" Kacey Musgraves' Golden Hour nails all the best bits of country. The guitars have a little twang, the scenes she sets are so lush you can taste them, and it has that dash of Nashville glam.

In "Butterflies," Musgraves croons about a lover that is precisely who she's been looking for. "Now you're lifting me up 'stead of holidng me down / Stealing my heart 'stead of stealing my crown," Musgraves sings. "Untangled all the strings 'round my wings that were tied."

If the song itself isn't enough to give you chills, the video shows us all the little moments that accompany with romantic butterflies.

It's hard to crown just one song from "Sweetener" as the most romantic of 2018. The title track is about how the right person can "bring the bitter taste to a halt." Meanwhile, songs like "R.E.M." and the one named after Grande's ex are also just lovely. I mean, Grande was in the heart of a whirlwind romance with someone as prickly (and yet charming) as Pete Davidson when she wrote the album. That kind of romance, for better or worse, is decent fuel for songwriting.

"goodnight n go" takes the cake because it has all the elements of a rom-com or YA romance. There's a spark, there's humor and the feelings you can't ignore — all set to a backbeat and Grande's glittering vocals. The bridge is the best part: Grande dreams up a scenario where her crush misses their train, they'll have dinner and drinks together, stay up for hours talking and then, they'll inevitability decide to spend the night. And haven't we all been there?

It's safe to say that no matter the genre, 2018's songs bubbled up all the feelings that romance can bring us.

Listen to the playlist on Spotify