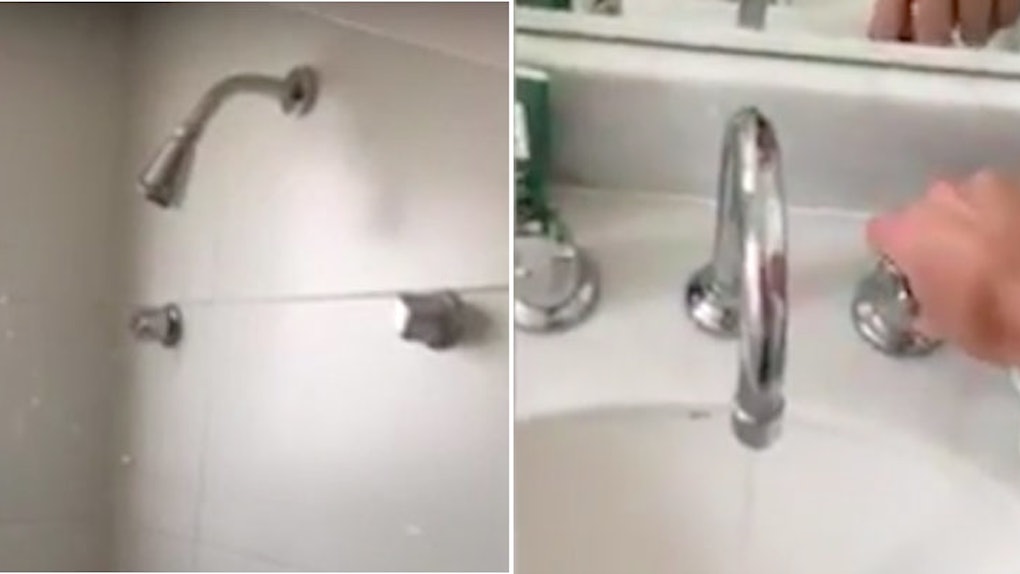 This guy's hilarious shower issue is, without a doubt, the most magnificent problem to come out of the 2016 Rio Olympics, and I'll tell you exactly why.

If you've been paying attention to the news, it should come as no surprise the Olympics in Rio de Janeiro, Brazil have encountered all kinds of problems.

Jason Lee, a jiu-jitsu athlete from New Zealand who's not even competing in the Games, was kidnapped and forced into giving hundreds of dollars by armed men dressed as police. That's messed up, but OK, every country has crime.

An Olympic kayaker possibly capsized after hitting a submerged sofa, which quickly became known as the kayak sofa. All right, that's strange, but I mean, what waterways in the US don't have huge pieces of garbage floating through them? It's an unusual problem, and it was never actually verified by Olympic officials, but sure, it's a conceivable accident.

And then there's the Olympic village, a true trainwreck of assembly and construction. A number of Olympic teams complained about plumbing and electrical problems, at least one team found its dorms unfinished and there's no coffee in the village.

But none of those problems stack up to the hilarious problem from this one NPR reporter's hotel room.

For some reason, when the reporter turns on the sink faucet, the damn shower turns on!

How absurd is that!? At least some of these other living problems can be explained by shoddy work, but this takes shoddy work to the next level.

The whole thing is just so ridiculous; there are four knobs in the shower, and yet somehow, the people who built this hotel ended up connecting the shower to the knobs for the sink.

But hey, look at the bright side. The reporter doesn't have to play that awkward turn-on-the-shower-without-getting-your-arm-wet game anymore.