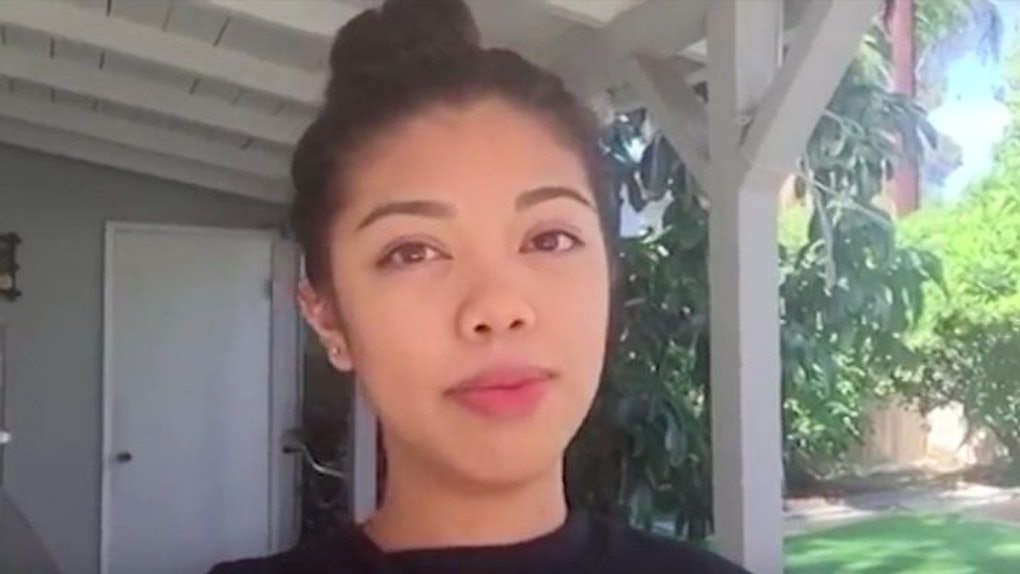 Donald Trump's Win Has Girls Talking Plans For Next 4 Years

Young women around the country have been spurred to action with the victory of Donald Trump in the presidential election.

Trump is a noted misogynist who treats women like objects to be grabbed. His campaign platform included taking away the rights of women.

White women helped elect Trump, but he was unpopular among the younger pack of voters.

He was especially unpopular among young people not old enough to vote yet. It's their futures being affected, and the adults failed them.

But they know now rather than sit down, it's time to stand up and take action.

Young women across the world posted videos about what they will personally do to support women and the causes they believe in using the hashtag #Next4Years.

The movement was started by Clover Letter, a feminist platform launched earlier this year.

The messages included plans of how to personally act, like,

I'm going to try to make every action that I do one that is fueled by love and the fight for equality.

Others spoke about more direct action to make change. One young woman said,

I will be a college student who's majoring in political science because I believe in social and political change. I want to be able to make a difference in our country.

Another made an important statement. She said,

In the next four years, I will run for political office.

Women are less likely to run for office than men thanks to a number of factors. One of them is they don't want to face the meanness that comes with running for office.

We saw this clearly in the words Hillary Clinton was called over the last year.

These attacks against women also happened on the local level, like when 25-year-old Congressional candidate Erin Schrode was harassed by anti-Semitic trolls.

But as Clinton showed us, we have to keep pushing through -- and support each other along the way. As one woman said in the video, we all need to "stay educated and involved in politics."