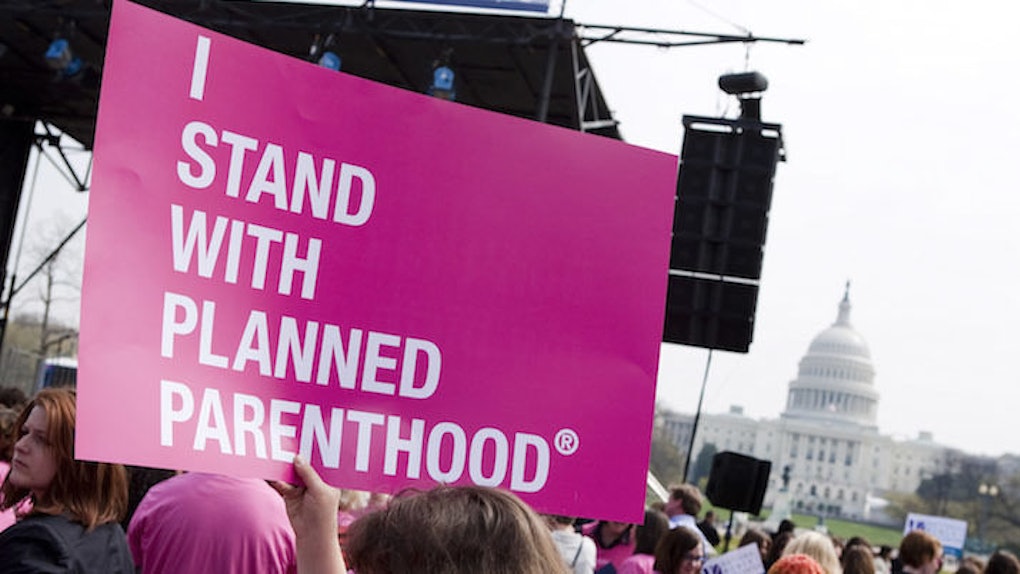 Women's Health Under Donald Trump Is All About Restriction

A Donald Trump presidency will impact several issues across the United States, including women's health.

It seemed to be the start of a series of wins for women's health.

Reproductive health organizations including Planned Parenthood and NARAL Pro-Choice America had been supporting Democratic nominee Hillary Clinton all year in the presidential election.

Clinton vowed to protect Planned Parenthood. She was going to improve on Obamacare, which has provisions to cover contraceptives like the birth control pill.

She said she would go after the Hyde Amendment, which financially restricts women's access to abortion, disproportionately affecting women of color.

She would also go after the Helms Amendment, which restricts federal funding abroad to go toward abortions. This means, for example, America cannot provide abortions to the women they are helping abroad who have been raped by ISIS and Boko Haram.

These all would have been remarkable steps forward for women's health.

Trump and Vice President-elect Mike Pence have it in mind to turn all this progress backward.

Kierra Johnson, executive director of URGE, said in a statement to Elite Daily,

The result of last night's election illustrates the work we still need to do to truly affirm the humanity of all people in this country. For the communities that have the most barriers to reproductive healthcare — young people, women of color, immigrants — the results of this election put them in an even more precarious position.

Pence has said he wants to undo Roe v. Wade, the 1973 Supreme Court case that made abortion legal. Trump has said he would punish women who get abortions and the doctors who provide them.

Yamani Hernandez, executive director of the National Network of Abortion Funds said in a statement to Elite Daily on Wednesday,

When the ideology of those in power is to punish people who have or provide abortions, our reproductive rights are up for grabs. A majority anti-abortion SCOTUS could hand down devastating rulings that strip those living in the United States of our basic bodily autonomy.

There have been movements in Congress to undo the effects of the Hyde Amendment, especially through the EACH Woman Act. Of course, for a bill to become a law, the president needs to sign it.

Destiny Lopez, co-director of All* Above All, which pushes for the repeal of Hyde, said in a statement on Wednesday,

We are deeply concerned about the implications for women's health and rights, but we — women, people of color, immigrants — know what it's like to fight impossible odds. Our communities still need access to reproductive healthcare, including abortion, and so we will keep fighting to protect and preserve that right.

This would take some work in reality, but should it happen, women across the country will lose access to reproductive care.

Birth control prescriptions will become financially out of reach for women. Without Planned Parenthood, men and women will lose an important resource for their health and sexual health education.

Dr. Willie Parker, board chair of Physicians for Reproductive Health, said in a statement on Wednesday,

As physicians, we know firsthand the medical and social harms inflicted on our patients by politically motivated policies that prevent access to safe and comprehensive reproductive health care, including abortion. [...] We urge President-Elect Trump to oppose all policies that harm the health, wellbeing, and dignity of our patients and that interfere with the doctor-patient relationship.

As the rate of unplanned pregnancies increases, access to abortion under Trump's platform will decrease.

Pence has signed some of the harshest anti-abortion laws in the country. Trump has the opportunity to nominate at least one Supreme Court justice.

Trump has said he will appoint a pro-life justice. The Supreme Court will not change abortion laws within the next year (they've already picked up cases for the next session), but it could happen anytime Trump's nominee is on the court, which does not have a time limit.

Nancy Northup, president and CEO of the Center for Reproductive Rights, said in a statement on Wednesday,

Make no mistake: Donald Trump's proposed policies pose a direct threat to the constitutional protections recognized by Roe v. Wade and resoundingly reaffirmed in Whole Woman's Health v. Hellerstedt. Our country now stands perilously close to a return to the dark days when women were forced to put their own lives at risk to get safe and legal abortion care.

The court may not directly overturn Roe v. Wade, but they could rule on future cases that limit abortion rights.

"We know the fight for our values isn't won or lost in a single election," Ilyse Hogue, president of NARAL Pro-Choice America, said in a statement on Wednesday.

Seven in 10 Americans believe in legal abortion, and we'll continue to be their voice and advocates. We will keep fighting for the values of trust and dignity that are at the core of the freedoms that Americans hold most dear.

Reproductive rights and women's health organizations have all vowed to continue serving women and fighting for rights.