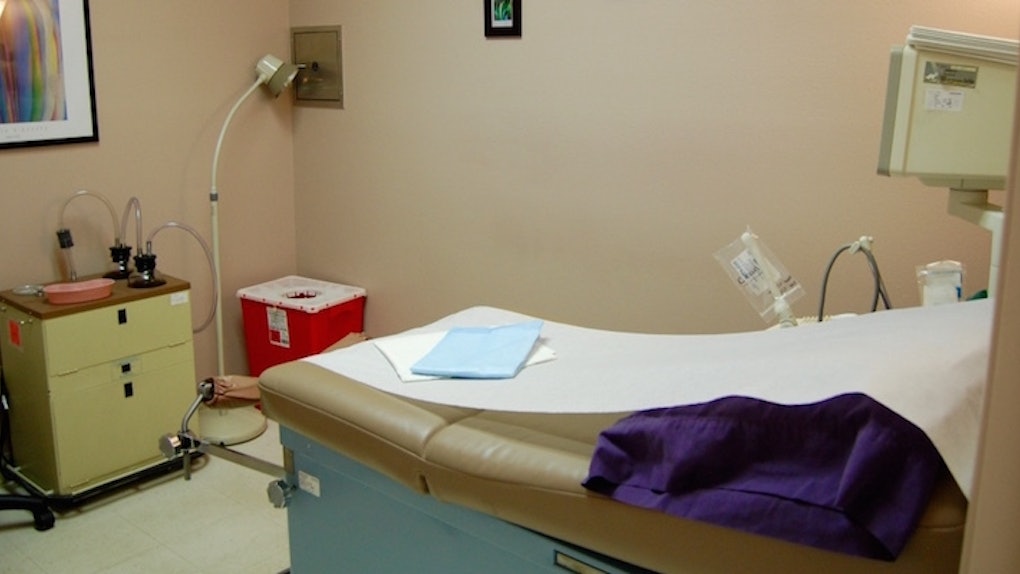 Codie was 25 years old and in the middle of driving across the country when she found out she was pregnant.

She had just bought a new car with her family in Pennsylvania, after her old one got totaled. She was driving back to New Mexico – where she works as a high school teacher – when she took a pregnancy test.

Codie called Planned Parenthood. They could get her an appointment for an abortion in two weeks.

They asked her about her salary. Based on that, the organization had a payment scale.

Her abortion, they told her, would cost $600. She had no idea where she would get that in two weeks.

Her family had helped her pay for the car, so they couldn't help much more. She wondered,

Do I skip my car insurance payment? Do I not have a working phone? Do I live on ramen noodles?

But then, a "fairy godmother saved the day." Codie remembered a gold coin her mother had bought for her when she was a child. She sold it to a jeweler for just over $600.

For some women, Codie realizes, $600 may have been nothing. But for her, it was "terrifying."

Our bodily autonomy, our right to choose, our reproductive rights are contingent on what's in our bank accounts. And that just should not be.

Codie had a stroke of luck (or magic) to get the money she needed. But many other women are left scrambling due to finances in the face of an unwanted pregnancy.

The Hyde Amendment – which is celebrating its 40th anniversary today – is a major contributor to this struggle.

Low-income women have limited access to what's supposed to be a protected right.

This amendment says federal funds can't be used for abortions except in the cases of rape, incest and medical threats to the mother's life. This affects women who use Medicaid for health care.

So basically, some of our nation's most vulnerable women -- low-income women -- have limited access to what's supposed to be a protected right, as the Supreme Court confirmed this year.

In fact, Henry Hyde, the Republican representative who sponsored the amendment 40 years ago, made it clear this law is intended to prevent women from getting abortions.

I certainly would like to prevent, if I could legally, anybody having an abortion, a rich woman, a middle-class woman or a poor woman ... Unfortunately, the only vehicle available is the (Medicaid) bill.

The financial cost of abortion is a major barrier to access.

The National Network of Abortion Funds gives away about $3.5 million annually to help women pay for abortions, according to Yamani Hernandez, the executive director.

Hernandez initially got into abortion fund activism because of a girl she met while she was working at a community-based arts program. The girl was pregnant and tried to get people to beat her up so she would miscarry.

She said it was simpler and cheaper than trying to get an abortion.

It was then Hernandez realized just how serious a barrier money is to reproductive health care. She helped the girl get the money for her abortion through a city fund.

Abortion funds get their money from foundation funding and individual donors. They get about 100,000 calls a year asking for financial aid, but they can only serve about a third of those women.

There's a lot of people who are impacted and we can't fill that entire gap. It's a constitutional right that should be covered by their insurance.

It's punishing people who are already in dire straits and don't have means. Folks of means will always be able to travel, pay out of pocket, but it's our job, the country's job, to take care of the people who live and work here, and those folks should not have unequal access to their constitutional rights.

Destiny Lopez, co-chair of All* Above All, called the Hyde Amendment "one of the harshest remaining barriers to abortion."

All* Above All is leading the push to get rid of the Hyde Amendment.

This is not your mother's movement.

The current fight against the Hyde Amendment is being led largely by the women affected by it: young women of color. This is different from the older generation's fights for reproductive rights, which has largely had the public face of white women.

We decided to say enough is enough, our communities are sick of bearing the brunt of policies that disenfranchise us.

Hernandez is the only black woman leading a national abortion-specific organization. She considers that progress, but she wants to see more.

People who call NNAF for funds, she said, are largely women of color. So, it can be a "troubling dynamic" when the women answering those calls aren't like them.

Hernandez said it's important to have women of color leading the activism so other women of color can see "this is not just for white women. This is for all of us."

Modern activists are breaking down the stigma surrounding abortion, and that's making the fight against laws like the Hyde Amendment stronger.

Kierra Johnson, executive director of Unite for Reproductive and Gender Equity, wrote in an email to Elite Daily,

Young people are among those leading this effort – their voices, experiences and stories take center stage in this campaign. They have made it okay to be 'abortion positive' and push for more.

Johnson also added it's important for URGE to have young leaders. She wrote,

Young people are more progressive than their parents, more educated, more involved and far more connected. All of those are ingredients for effective leaders.

Johnson took the fight to Congress last week, where she spoke in a House Judiciary Committee about abortion.

To this, Johnson responded it was "interesting" for him to bring up slavery.

When you own somebody's decision-making, you own them.

When you get to decide for them whether or not their body has value, you own them. Whether you decide they're valuable as black or not -- you actually don't get to make that decision. We are valuable. And women are valuable.

Congress might soon be able to stop the Hyde Amendment.

For the first time ever, getting rid of the Hyde Amendment was made part of the Democratic party platform. Democratic nominee Hillary Clinton has also made it a part of her campaign platform.

Meanwhile, Democratic Representative Barbara Lee – who is black – introduced the EACH Woman Act last year, which now has over 120 co-sponsors. This act would effectively undo the Hyde Amendment, lifting coverage bans.

Lee wrote for US News this week,

I've been fighting the Hyde Amendment for 40 years, and we are finally on the offensive. The current groundswell of support is nothing like I've seen before. I truly believe this is a battle we can win.

Until then, legislators and activists will continue their work to make a protected right equally accessible to all.