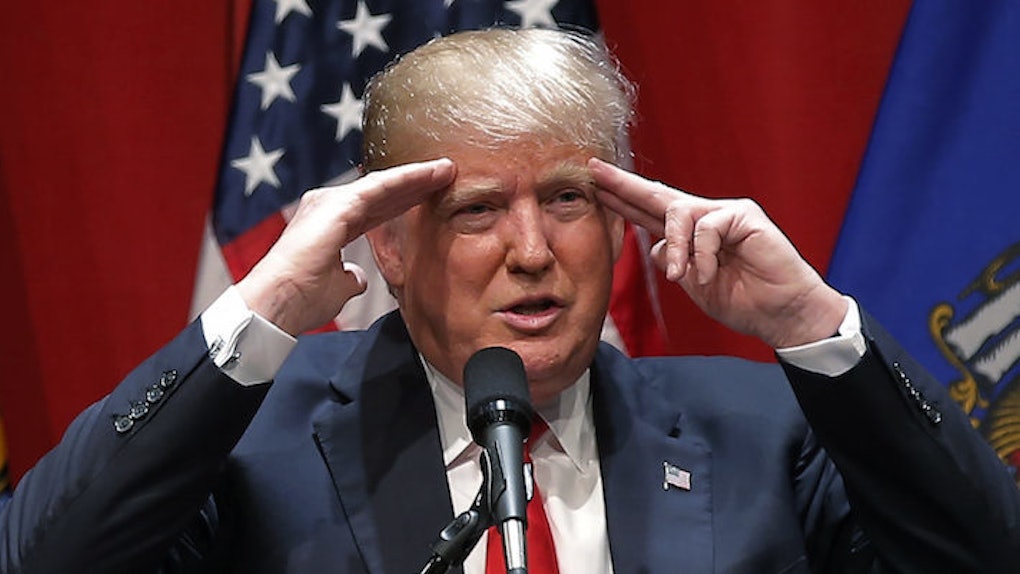 Donald Trump Just Said Women Who Get Abortions Should Be Punished

In an interview with MSNBC's Chris Matthews on Wednesday, Donald Trump reportedly said "you have to ban" abortion and, in the case of a ban, women who did get abortions would face "some form of punishment."

During the interview, which will air on Wednesday evening, Trump reportedly said he is pro-life.

On the subject of what would happen if abortions were illegal, Trump said,

Well, you go back to a position like they had where they would perhaps go to illegal places, but we have to ban it.

Abortion has been a legal, protected right in the United States since the Supreme Court announced its landmark decision in Roe v. Wade 43 years ago.

Since then, lawmakers have chipped away at abortion access by enacting state laws that don't technically outlaw abortions but sure do make them hard to obtain.

The Supreme Court will hear the most significant case on abortion access this year, Whole Woman's Health v. Hellerstedt. The decision will be announced at the end of June.

Trump said we should go back to the pre-Roe v. Wade days, when women had to seek out illegal methods to get abortions. This was an extremely dangerous time for women as they took huge medical risks to get what is, actually, a very safe procedure when performed correctly.

When women can't get access to abortions, there are many cases where they attempt to self-induce, often by risky methods of self-harm, and some women have considered suicide.

Donald Trump is flat-out dangerous. Women's lives are not disposable. There's nothing else to say, as Donald Trump's remarks have said it all.

Almost immediately after news of his comments on abortion broke, Trump released a new statement, saying he is "pro-life with exceptions," and decisions should be made on the state level.