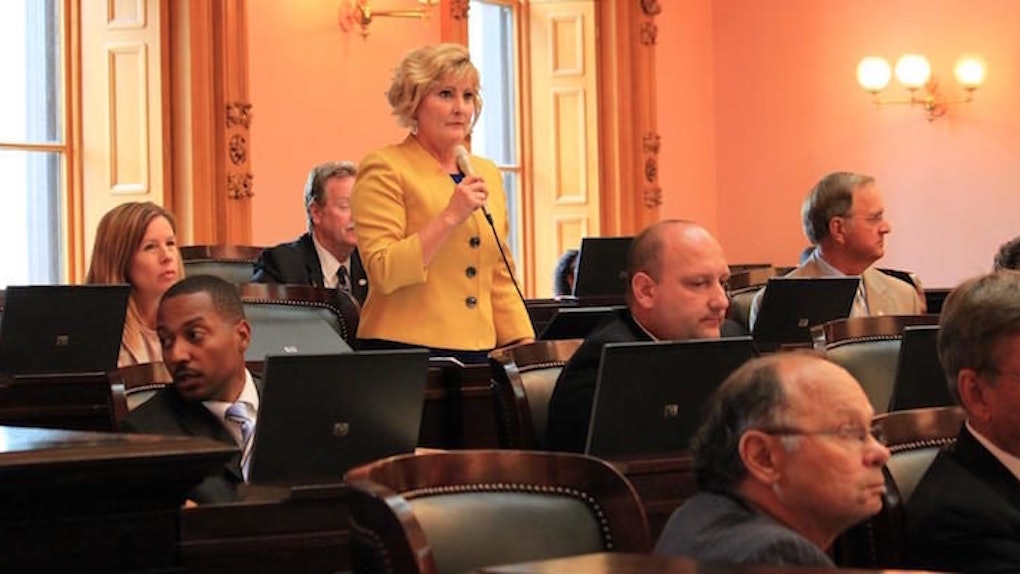 Women Are Telling The Supreme Court How Abortions Improved Their Lives

Elizabeth Driehaus was 31 and in a PhD program in computer science when she had casual sex on a trip to Europe that left her pregnant. Not wanting to drop out of grad school, Driehaus got an abortion.

She went on to work as a computer analyst and professor before retiring in 2008.

As is explained within a note to the Supreme Court,

Elizabeth has never regretted her abortion. Had she not had such access, her life would have been changed by a single night.

The ability for women to get safe, legal abortions in America can change completely this year.

A law in Texas requires that abortion clinics have admitting privileges at a hospital within 30 miles and meet the standards of an ambulatory surgical center -- requirements recognized as unnecessary by medical professionals.

Those requirements are costly and often impossible to meet, forcing clinics to shut down. With this law in place, there would only be 10 abortion clinics left in the entire state of Texas.

Basically, it’s a way to keep women from being able to get abortions, since states can’t make abortion illegal thanks to the landmark 1973 case Roe vs. Wade.

This year, the law is being tested in the Supreme Court case Whole Woman’s Health vs. Cole.

The Supreme Court will announce their decision in June.

This week, the Supreme Court received amicus briefs -- notes on the Whole Woman’s Health case meant to help the judges make their decision.

Some of these notes are from women, like Driehaus, sharing how abortions allowed them to have vibrant, successful lives as professionals, politicians, mothers and grandmothers.

The stories include women who accidentally got pregnant and women who were married and trying to have a child, but were affected by medical issues.

Women are inserting their voices into legal arguments typically dominated by men, who stand by dogmatic beliefs without understanding reality. They are telling the Supreme Court that letting this law stand, and thus blocking women's access to abortion, would prevent some women from leading fulfilling lives.

“Had I not had an abortion, it is entirely possible that I would not have been able to finish law school -- I might not have even been able to manage starting law school.”

A brief was submitted by 113 women working in law detailing their abortions.

These women avoided dropping out of school and foregoing careers because they were able to get abortions.

One law professor got pregnant at 17. In her home state of Tennessee, laws said she needed parental consent to get an abortion -- and she knew her mother wouldn’t give approval.

Faced with this, she thought she had only two options: to use a clothes hanger to attempt a self-abortion, or to kill herself.

A decision by the Supreme Court saved my life.

When she was considering suicide, the Supreme Court changed the law so she didn’t need a parent’s approval to get an abortion.

Were it not for my ability to have a safe and legal abortion that day, I could have ended up dead.

Politicians including Wendy Davis -- who famously filibustered the challenged Texas bill while wearing pink sneakers -- submitted their abortion stories to the Supreme Court.

These women individually announced their abortions to counter political moves to cut off abortion access or sex education.

Teresa Fedor, a member of the Ohio House of Representatives, disclosed her abortion during a House debate last year. Fedor became pregnant after being raped while serving in the military.

I understand your story, but you don’t understand mine. I’m grateful for that freedom. It is a personal decision, and how dare government get into my business.

They told their stories to explain that women at a variety of ages and circumstances do, in fact, get abortions -- but stories often go untold because of frightening backlash.

A third brief was submitted by a group of women who had abortions, including Driehaus.

These women’s stories vary, but have one thing in common: Not one woman regrets her abortion.

Jo Baxter didn’t have access to birth control when she got pregnant in college in 1965 -- before abortion was nationally legal.

She had an illegal abortion, made painful without painkillers or sedation.

Jo has never regretted her decision to have an abortion. Her only regret is that the lack of access in 1965 made the experience more difficult and physically painful than it should have been.

Amy Brenneman, an actress and producer, got an abortion in her junior year at Harvard in 1986.

She remembers turning on the television and finding a group of politicians -- all men -- debating whether women should have the right to an abortion. How strange, she thought, that they could speak so confidently without addressing the enormous impact of an unwanted pregnancy on a woman.

Thirty years later, not much has changed.

But if the Supreme Court chooses to approve the Texas law, women may lose access to abortions -- and thus their rights to productive, happy lives made on their own terms.