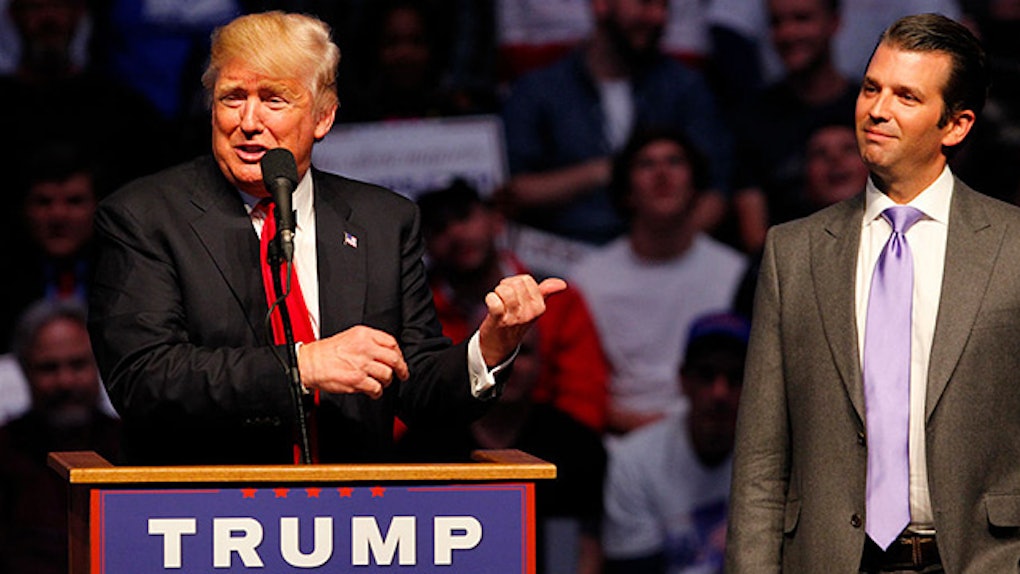 Another key detail has been revealed in regards to Donald Trump Jr.'s controversial meeting with a Russian lawyer last year.

According to NBC News, a former Soviet counter intelligence officer was with Trump Jr. at the June 2016 meeting, which was arranged after Trump Jr. was proposed with "incriminating" information gathered by the Russian government about Hillary Clinton.

The former intelligence officer is now a Russian-American lobbyist who holds dual-citizenship, per NBC. Alan Futerfas, an attorney for Trump Jr., confirmed the presence of another individual at the meeting besides the Russian lawyer, Natalia Veselnitskaya.

However, Futerfas said he was told the individual wasn't tied to Russia's current regime. He told NBC News,

He is a U.S. citizen. He told me specifically he was not working for the Russian government, and in fact laughed when I asked him that question.

The news is significant, for a couple of key reasons.

First, the presence of a second person with potential ties to Russia's government had previously been unreported (Trump Jr. didn't mention him in the statement admitting the occurrence of the meeting).

Third, the presence of a lobbyist is likely to be detail of interest for former FBI Director Robert Mueller, the independent investigator who is leading the Department of Justice's investigation into potential ties between Donald Trump's presidential campaign and the Russian government's suspected efforts to influence the election.

I have absolutely no concerns about what was said in that meeting.

Meanwhile, during an interview this week on Fox News, Trump Jr. told Sean Hannity he would be willing to discuss the details of the meeting under oath.