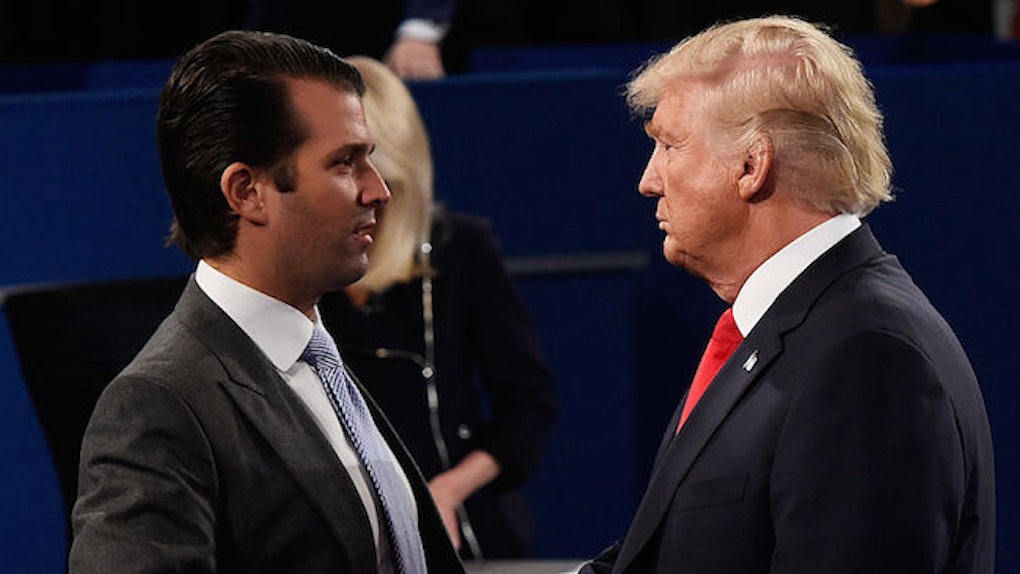 Donald Trump Jr. has revealed he was told last June that the Russian government sought to damage Hillary Clinton's campaign and help his father, then Republican candidate Donald Trump.

Trump Jr. made the Russia meeting revelation on Tuesday, July 11, via a series of emails he published on Twitter.

The emails show an exchange that led to a meeting last year, at Trump Tower, between Trump campaign officials and a Russian lawyer.

Within the emails, Trump Jr. is offered,

...official documents and information that would incriminate Hillary and her dealings with Russian and would be very useful to your father.

The person with which Trump Jr. is communicating, an associate named Rob Goldstone, then says,

This is obviously very high level and sensitive information but is part of Russia and its government's support for Mr. Trump.

The decision to reveal the information on Twitter follows a series of reports about previously unknown information about the now controversial meeting.

According to the New York Times, the meeting was set up with an expectation that the Russian lawyer could provide damaging information about Hillary Clinton.

In a separate report, the Times said Trump Jr. was informed in an email that the potentially damaging information came from the Russian government.

The messages also reveal that lawyer with whom Trump Jr. met, Natalia Veselnitskaya, was introduced in the email as a Russian government associate.

In an interview on Tuesday morning, however, Veselnitskaya denied that she had ties to the Russian government. She also said Trump Jr. asked whether she had damaging information about Democrats, particularly in relation to campaign financing.

Both Trump Jr. and Veselnitskaya said no actual, significant information about Clinton was shared during the meeting, which makes the claim within the published emails about Russian involvement worth scrutinizing.

Still, at the very least, the emails released by Trump Jr. appear to show a willingness by Trump campaign officials to seek information that would damage its opponent, even if there was a possibility the information came as part of a coordinated effort by the Russian government.